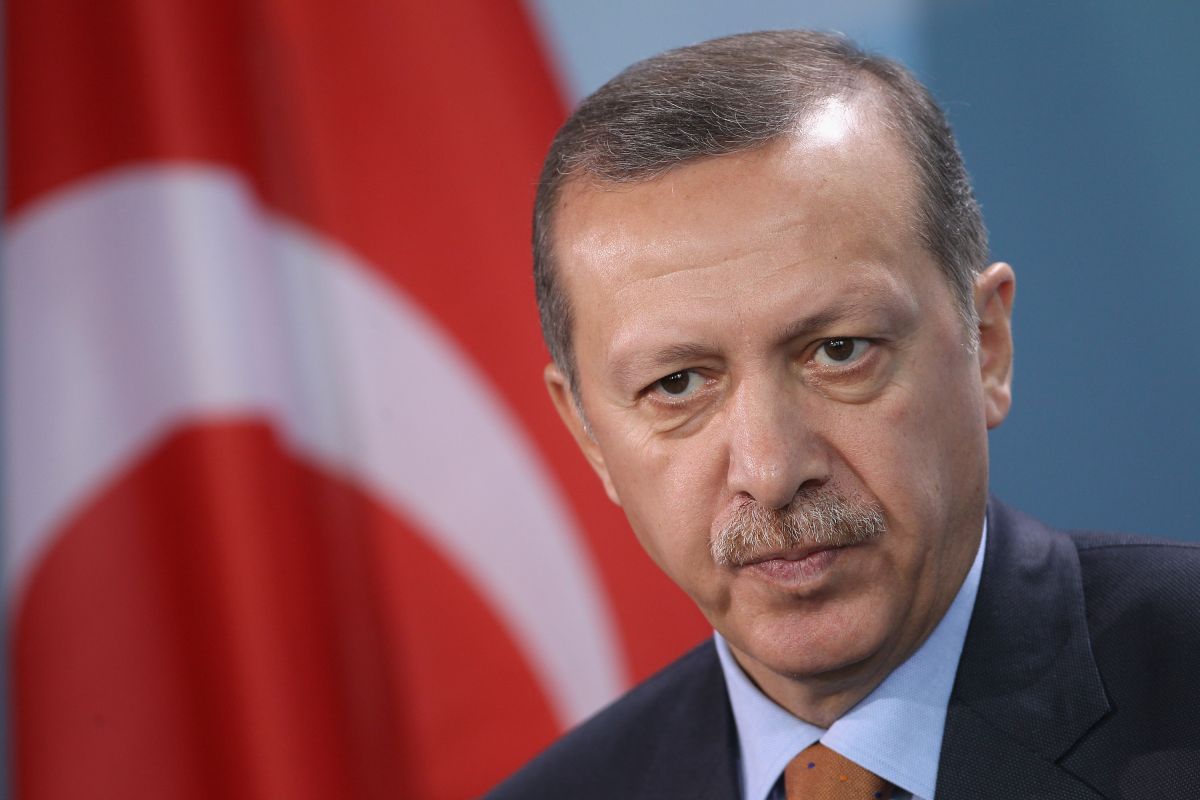 According to Turkish President Recep Tayyip Erdogan, Sweden and Finland’s joint bid to join NATO could be “derailed” by Turkey’s opposition.

The two countries have confirmed that they would seek to join the military alliance, ending decades of neutrality, in a historic shift triggered by Russia’s invasion of Ukraine.

Nevertheless, Turkish President Erdogan said he will not approve the offer and delegations from the two countries should not bother visiting Turkey to try to convince them.

He told a press conference that Sweden was a “breeding ground” for terrorist organizations, a reference to Turkish claims that Sweden and Finland harbor people it says are linked to groups it considers terrorists..

All 30 current NATO members must agree to allow the two countries to join.

This threat comes as more diplomatic tensions in the pro-Ukraine alliance were revealed when the European Union’s chief diplomat, Josep Borrell, said there was still no agreement on the sixth package of sanctions against Russia.

Earlier on Monday, Swedish Prime Minister Magdalena Andersson warned that the Nordic country would be in a “vulnerable position” during the application period and urged her fellow citizens to prepare for the Russian response.

“Russia has said that it will take countermeasures if we join NATO,” he said.

“We cannot rule out that Sweden is exposed, for example, to misinformation and attempts to intimidate and divide us.”

Sweden’s move came a day after the ruling Social Democratic Party backed a plan for the country to join the transatlantic alliance and Finland’s government announced it would seek to join NATO.

Moscow has repeatedly warned Finland, which shares an 830-mile border with Russia, and Sweden of repercussions if they aspire to join NATO.

But the Russian president, Vladimir Putin, this Monday seemed to play down what was previously said.

Speaking to a Russia-led military alliance of six former Soviet states, Putin said Moscow “doesn’t have any problems” with Sweden or Finland when they apply for NATO membership, but “the expansion of the military infrastructure in this territory will of course lift us up.” to our reaction in response.”

Neutrality of Finland and Sweden

Both Finland and Sweden remained neutral during the Cold War, but established closer relations with NATO after the Soviet collapse of 1991.

After being staunchly against NATO membership for decades, public opinion in both countries shifted following Russia’s invasion of Ukraine, with record levels of support for joining the alliance.

Magdalena Andersson said Sweden would make it clear that it does not want nuclear weapons or permanent NATO bases on its soil, similar conditions to those that neighboring Norway and Denmark insisted on when the alliance was formed after World War II.

Also read:
· Sweden will be able to officially ask to join NATO after the green light from the ruling party
Finland announces “historic decision” to apply to join NATO
Russia warns it will “retaliate” for Finland’s attempt to join NATO