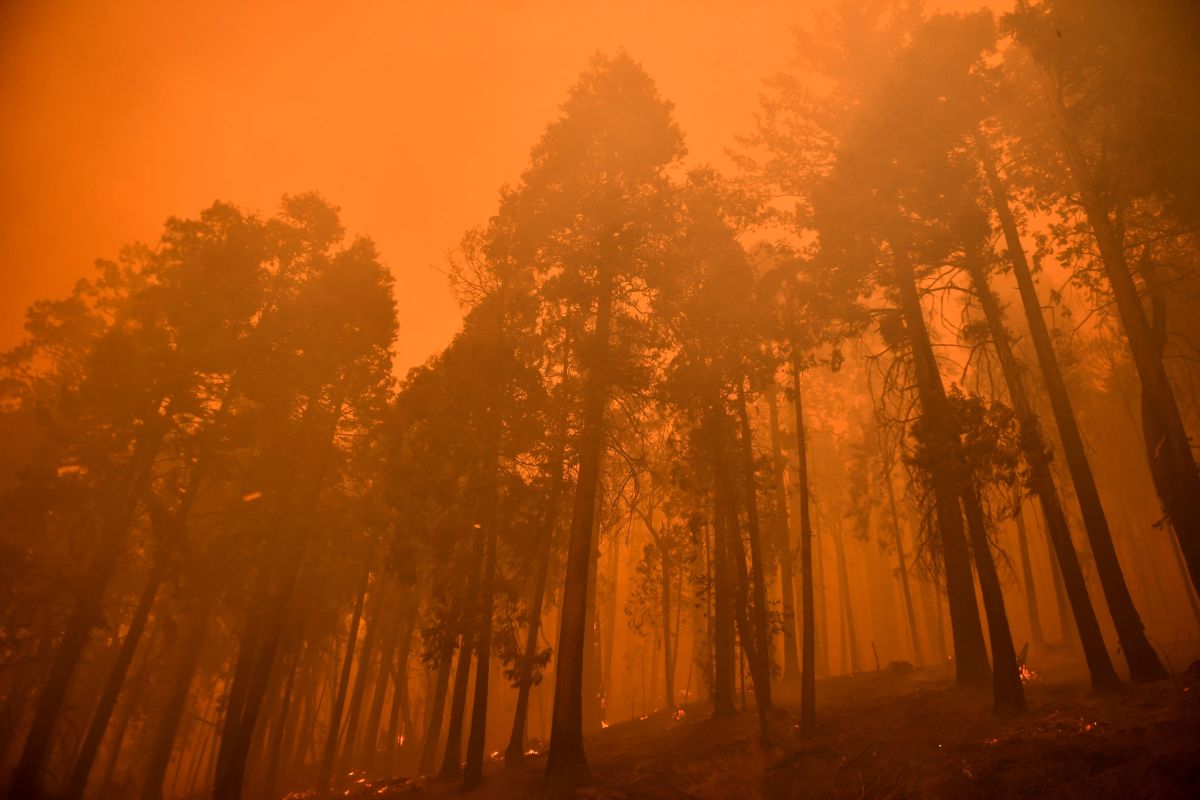 Two fires in the Sierra Nevada mountains, in California, caused the closure of the Sequoia National Park, which is home to many of the largest trees on the planet, as reported Wednesday by the National Park Service (NPS, for its acronym in English) through a release.

Fire can cause severe damage to the park’s infrastructure and ecosystem. However, the government entity said that the fire department “is fighting hard” to control the fire.

The Colony and Paradise fires have already devastated more than 2,500 hectares of the Sierra Nevada mountains, according to the National Forest Fire Coordination Group. Both were recently turned on and there is still no figure for their containment by local authorities.

“Due to forest fire activity in the area, we are closing all entry points to the Secouyas National Park backpackers and day trippers. All holders of permit reservations will be refunded the full amount “, reads the park statement.

This implies that it is impossible to access, among other places, the Giant Forest, where there are five of the ten largest trees in the world in terms of volume, including the popular sequoia known as General Sherman, considered the largest tree on Earth, with 83.3 meters and a diameter of 11.1 meters. His age is around 2,300 years, according to specialists.

However, the NPS also reported that there are sectors of Sequoia National Park that are still open to the public, but with alerts for the quality of the air and the smoke that circulates through the forest the mountain due to the fires.

Among the largest active fires, that of Dixie, which has been burning in the volcanic area of ​​Lassen National Park since mid-July and is the second largest fire recorded in the state, is already 75% contained, after having devastated 389,000 hectares.

For its part, the Caldor fire, which for several weeks had the residents of the popular Lake Tahoe recreational area in the Californian Sierra Nevada in suspense, is 70% contained, after having burned 88,000 hectares.