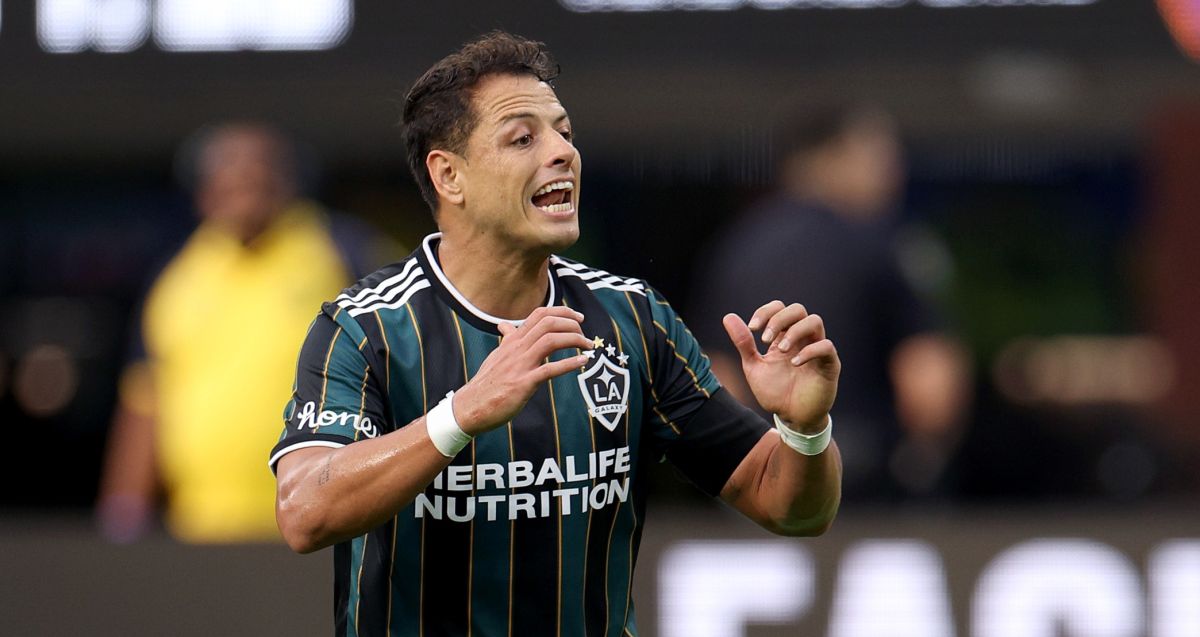 Interesting contrast that was seen tonight at Sporting Park in Kansas. On the one hand, the LA Galaxy recorded another embarrassing loss at the hands of locals Sporting KC by a score of 4-2but its captain, scorer and franchise player, Javier ‘Chicharito’ Hernández scored two goals in just 10 minutes in which he raised his team to seek the comeback.

The party was all of the premises, who opened the account in the 10th minute through a great volley by Erik Thommy who received a great aerial pass from Roger Espinoza in the area. The siege of the ‘black’ continued but the Los Angeles goalkeeper, Jonathan Bond, repelled all opportunities and even saved a penalty that could have been the second.

But the account continued to rise through William Agada (40′ / 40+5′) and Daniel Salloi (90+5′); but before Sporting KC culminated their great victory, the one who will be the captain of the MLS was felt on the pitch in the next All Star when they face the ideal team of Liga MX.

First, at minute 83, he received a ball when he was well placed in the area; he knew how to read the offensive intention of his team and turned to get a hole through which to put the ball and score what at that time was 3-1. The VAR reviewed the play to give its final okay.

Then in the aggregate it gave more hope to their Galaxy. Julian Araujo threw a cross that he recklessly hit the hand of one of the Kansas center backs. Chicharito Hernández invoiced from the 11 steps to harangue his ownalthough a couple of minutes later Salloi extinguished the flame of the possible comeback.

With this performance, the 34-year-old attacker from Guadalajara seeks to silence the controversies generated last week after the heavy defeat against FC Dallas, when on the same night he threw the Mexican flag from the hands of a fan when he was looking for it to be signed; then leaving Toyota Stadium in Texas he refused, with an ugly gesture, to take a picture with a child who was waiting for him next to the team bus.

Regarding this, Chicharito Hernández accepted his mistakes and apologized to the hundreds of fans, not only Mexicans but of other nationalities who follow him and admire him for his brilliant soccer quality and that characteristic charisma that he always spreads in each performance.