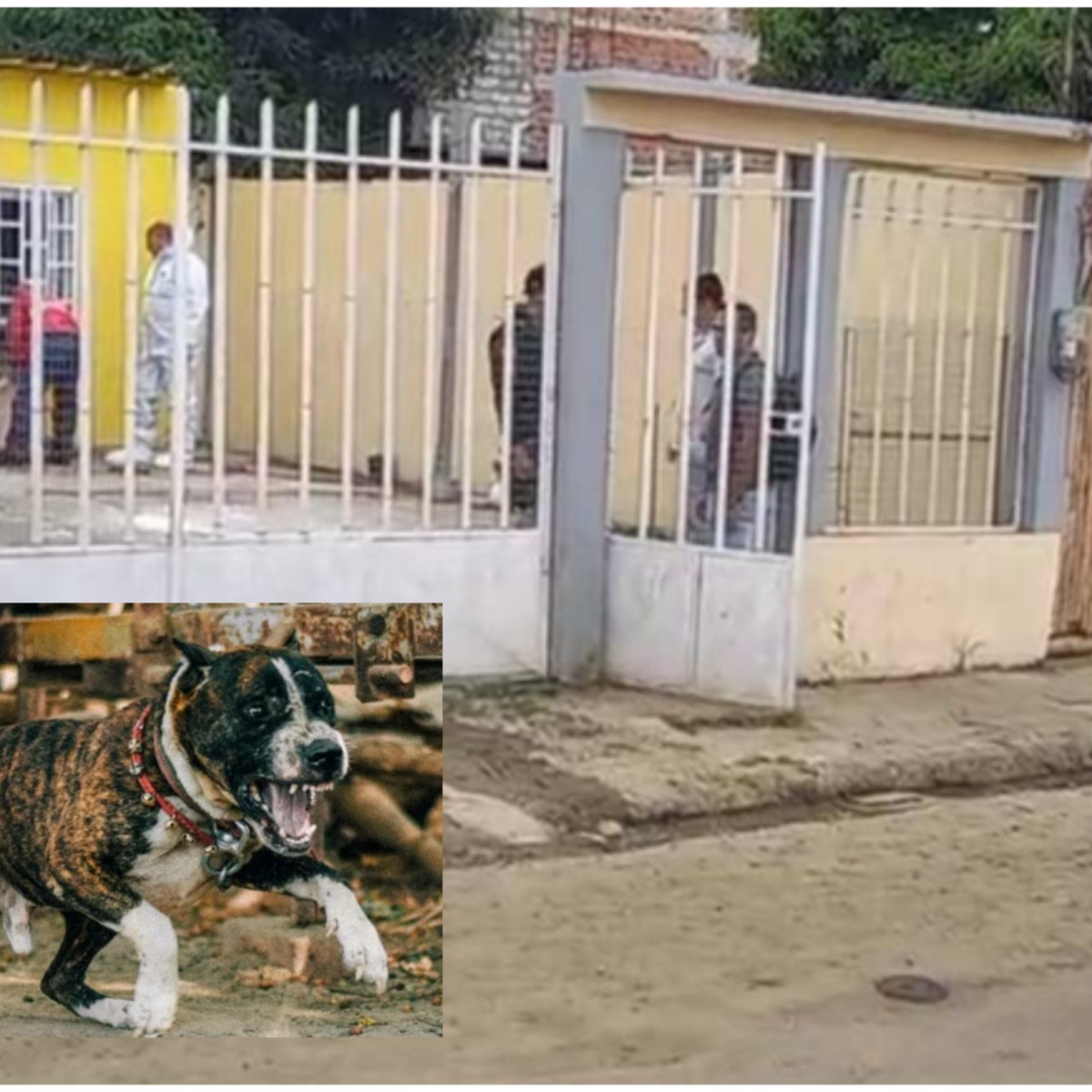 The bites from his two petstwo purebred dogs pitbullwould have been the reasons why Ramiro Adolfo Alban Intriago, aged 58, passed away. The event was recorded on Cristóbal Azúa street, located west of Portoviejo, Ecuador.

His body was found around 09:30 this Wednesday in the patio of his house. According to witnesses and neighbors of this man, his cries would have been heard behind the aggressions suffered for the dogs

The neighbors would not have been able to help him after the attack, because, despite the fact that some would have thrown sticks at them, this did not cause the two dogs to let go of their master.

“As much as we threw sticks at them, those dogs wouldn’t let go,” said a neighbor of the deceased.

Luis Saavedra, president of the neighborhood committee, lamented the fact, which was communicated to him by a neighbor; He said that, now deceased, he was dedicated to marketing some products, such as panela, cheese and others, to retail stores.

It may interest you: They ask for a SANCTION for the owner of a pit bull after an attack for not wearing a leash in Mérida.

Neighbor was amazed that pitbull attacked his owner

“He had his two dogs. I do not know what happened; the dogs were aggressive or he mistreated them. The only thing that is clear is that the dogs have attacked him and he has died. They are pitbull dogs; I don’t know if when they are big they lose their sense of smell”, Saavedra declared.

After the attack, personnel from the Portoviejo Fire Department arrived at the scene after the dogs entered the house on their own. Taking precautionary measures, they approached Albán’s body, but only detected that had no vital signs.

Police agents arrived at Albán’s house and carried out the removal of the body; this while analyzing what would be done or where the two pets of the deceased would be transferred.

Pit bulls are strong and stocky, and their most prominent feature is their wide faces. They have a broad, flat head, a strong jaw, small to medium-sized ears, and a short, thin tail. His fur is short and fine.