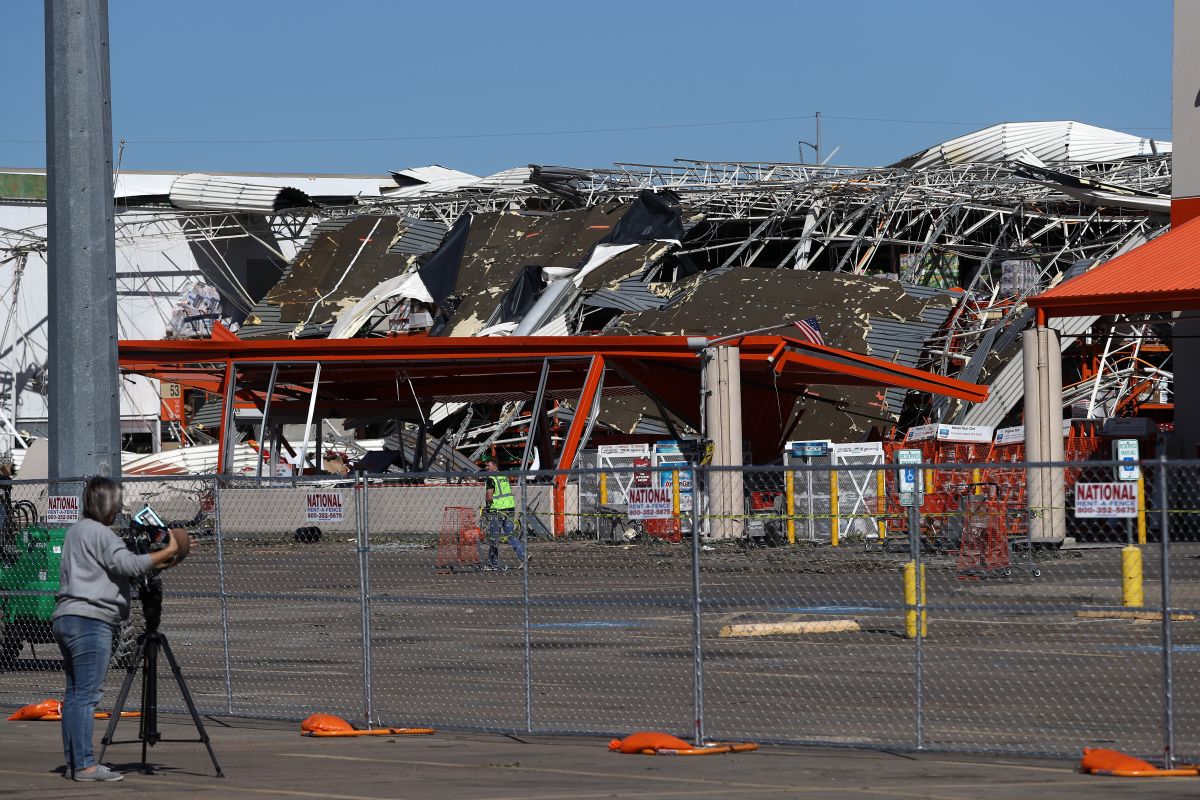 Different tornadoes, storms and hail are hitting the Dallas and Fort Worth areas in Texas. Although this can provide some relief from the destruction left by the wildfires, which have consumed more than 54,000 acres in recent days in the state, the damage continues to accumulate.

A tornado severely damaged two schools and an animal shelter in the city of Jacksboro on Monday afternoon.however, no injuries were reported, NBC News reported.

The gym at Jacksboro High School took the brunt of the storm and was completely destroyed. NBC confirmed that the students are fine. In addition, the elementary school was also damaged, but no one was injured.

“I had never seen anything like it. You see these things on the news and you never assume you’re going to be in that position,” the school’s principal, Starla Sanders, told the ABC News affiliate.

At 6 pm A tornado touched down in Round Rock, area authorities reported, police are monitoring reports of injuries and damage to multiple homes.

This is one of the areas that meteorologists were most concerned about due to the damage that the storm could cause on Interstate 35.

Also, in other areas of Texas, other tornadoes also touched down. Rockdale felt strong winds at 7:35 pm and then another hurricane arrived southwest of College Station around 9:30 pm The storm also affected Kingsbury and the southern Elgin area.

More of 27,000 people were affected by power outages as of last night in Williamson, Travis and Bastrop counties.

For his part, Jesse Ferrell of AccuWeather published on his Twitter account the latest images revealed by the radar at Fort Hood before it was apparently destroyed by the tornado or by power outages.

Hurricane-force winds began Monday afternoon in the north and center of the state of Texas, from there they moved eastreported the specialists of Telemundo.

Dallas, Waco, Austin, San Antonio, Houston, in Texas and also Shreveport, in Louisiana, are under alert.

Blizzards can reach over 75 miles per hour, especially in the Austin and College Statio areasn. In addition, hail is expected, the Storm Prediction Center in Norman, Oklahoma said.