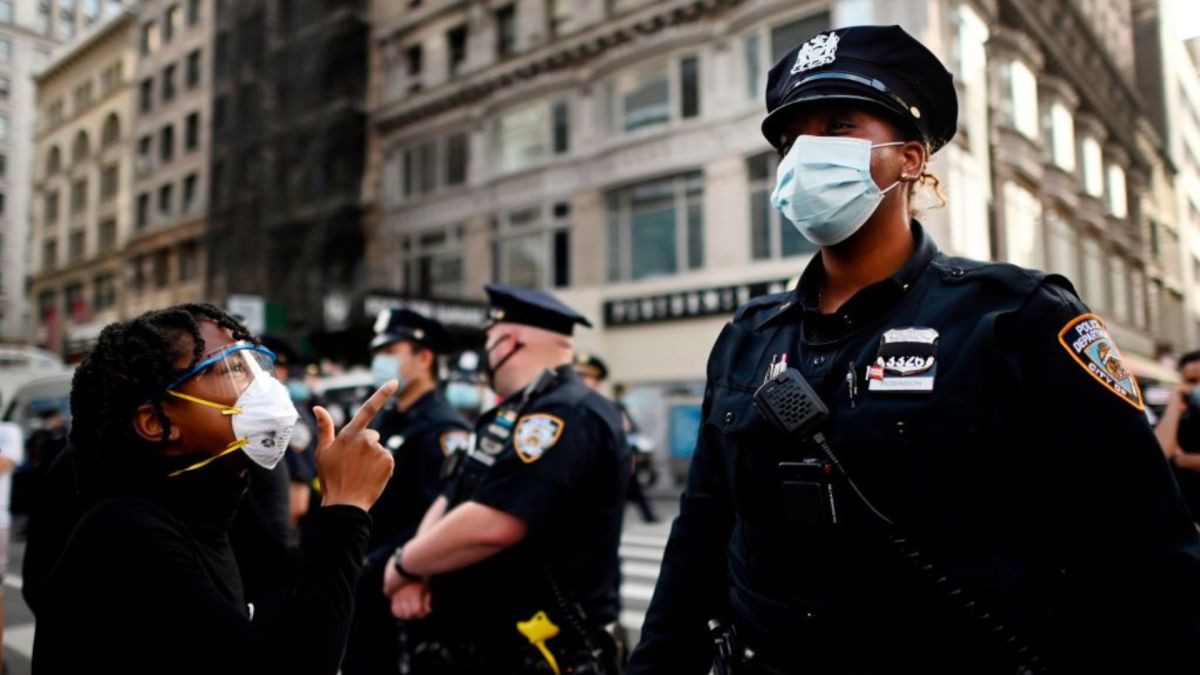 A video that quickly went viral on social networks shows the moment when two individuals hit some cops They were trying to arrest a woman who played music on a street in East Harlem, New York.

Felicia Davis32, is the name of the female who was “disturbing the order”, so the officers asked her to stop once they realized the ruckus she was causing.

According to the police, the woman fled the scene leaving her speakers behind; however, when she returned for her belongings she was detained for refusing to show her identification.

This situation caused the Fight in which another woman and a man attacked the officers, as shown by the clip that was published on social networks.

First, a woman is seen in the images struggling and apparently spitting at the policemen who would put the street artist on the patrol; Later, a man with a red hood appears on the scene, punching the authority in the face and fleeing once he felt the threat of being arrested.

Davis and the other woman involved in this altercation with police, Kimberly Rivera33, were arrested and charged with resisting arrest, disrupting government administration and disorderly conduct.

Meanwhile, the man has not been able to be arrested; however, they gave the description of him to find his whereabouts: he is described as having long black hair; In addition, to post a hooded sweatshirt, black pants and red shoes.

It is expected that in the next few hours the New York Police Department will expand the investigation to find out the status of the detainees and have clues about the aggressor who is still at large.

VIDEO: Police save woman who fell to the rails of the New York subway