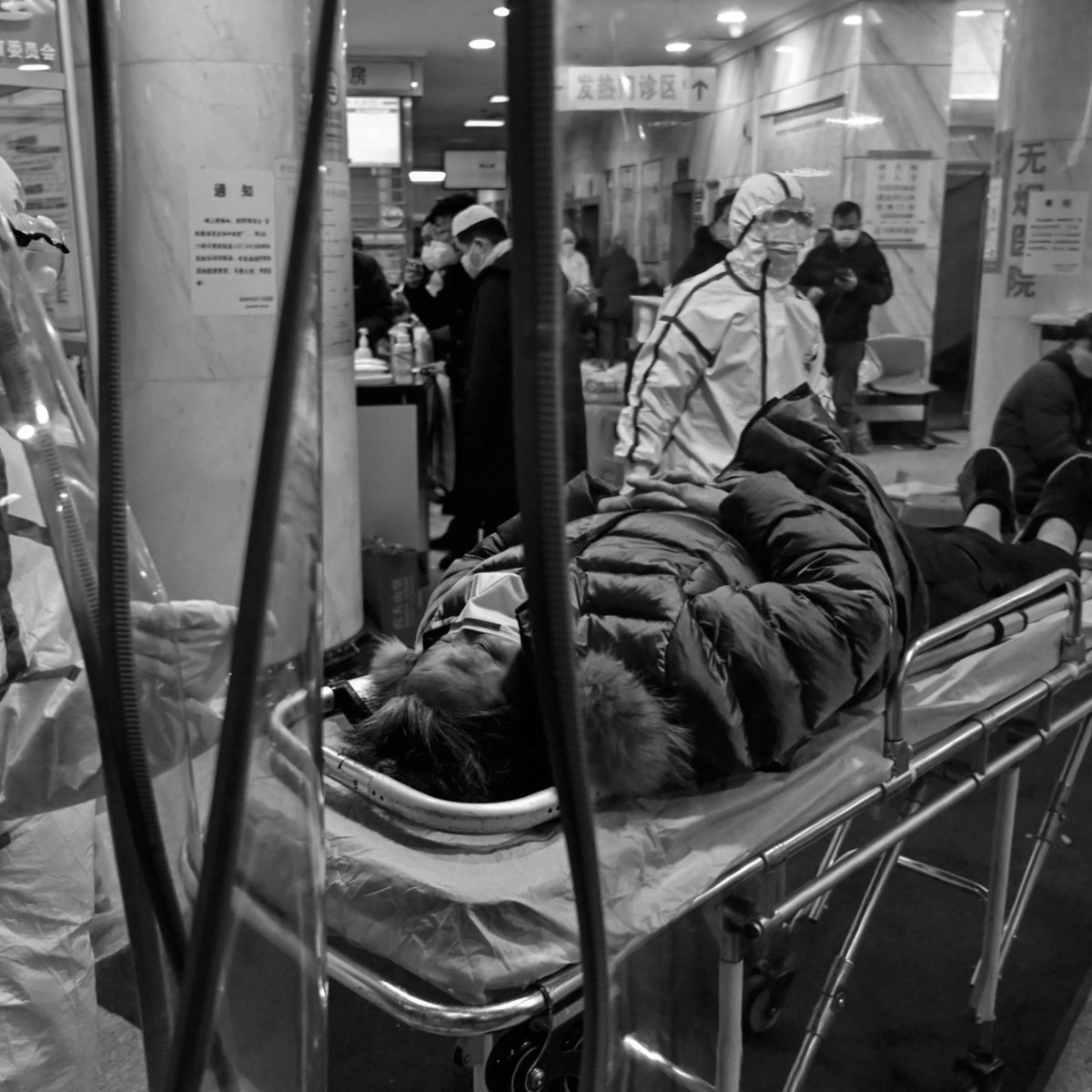 A day like today, January 9 but 2020, he loses his life the first fatality of COVID-19Until then, the existence of this strain of coronavirus was not known.

The first to die was a 61-year-old man who died of pneumonia in the central Chinese city of Wuhan, who had previously been diagnosed with abdominal tumors and chronic liver disease.

His death was due to respiratory failure due to severe pneumoniaAfter spending several days hospitalized, without the doctors giving the indicated treatment. Because nothing was known about the new strain. Currently, experts warn that the COVID-19 pandemic could extend until 2024.

Eventually, after the death of the first fatality from COVID-19, it became known that this man was one of thousands of buyers who they regularly toured the Wuhan wholesale market, the most important establishment for the sale of seafood, and exotic animals that the merchants themselves sacrificed at the time.

The investigations led to the knowledge that a saleswoman from the same place, called Wei Guixian, 57, had already started to feel bad almost a month before, on December 10, 2019. Six days after visiting several hospitals without an accurate diagnosis and at the limit of his energy, he decided to go to the Wuhan Union, one of the largest health centers in the city.

It was then that in that hospital it was discovered that most of the patients presented similar symptoms and that they were linked to the Huanan market, Wuhan, where experts believe that the virus began to circulate when it passed from an animal to a human being.

Thus, by December 31, 2019, China reported to the World Health Organization (WHO) 27 cases of viral pneumonia of unknown origin and on January 9 the number grew to 40. That same day the tragedy began when gave the first fatality of COVID-19.

WHO declares the outbreak an international emergency

As of January 30, 2020, there were already about 9,700 confirmed cases in China. and 130 deaths, in addition to 106 confirmed cases in 19 other countries, for which the WHO declared that the outbreak was a public health emergency of international concern, this three weeks after the first fatality of COVID-19.

It was thus that on March 11, 2020, the WHO declared the SARS-CoV-2 outbreak as a pandemic, a few days later in Argentina an extremely strict quarantine was established, in which only essential people such as personnel could leave of health or those that were authorized by the Government to carry out essential activities.

The first fatalities of COVID-19 in 2020, other countries began to repatriate their citizens and The United States prohibited the entry of foreigners who had been in China 14 days earlier, a measure that was highly criticized at the time.

That was when many Argentines were stranded in other countries, until the Government was able to start bringing all of them on medical flights.

Two years after the first fatality of COVID-19

Today, two years after the first fatality of COVID-19 life is similar to what we knew before, but far from having disappeared, SARS-CoV-2, which is still more present than ever with new variants and the combination of covid and influenza, such as the most recent one called Flurona, where in Mexico there are three confirmed cases.

The positive side is that the vast majority of people are already vaccinated with the second dose, many in fact already received a third, which allowed the number of deaths to drop significantly.

To this day, and after two long years since the first fatality of COVID-19 more than 33 million people are already vaccinated with two doses, and more than 38 million who have only one and according to WHO experts, it is necessary to reach the middle of 2022 with 70% of the world population vaccinated, so that Covid-19 begins to decline.