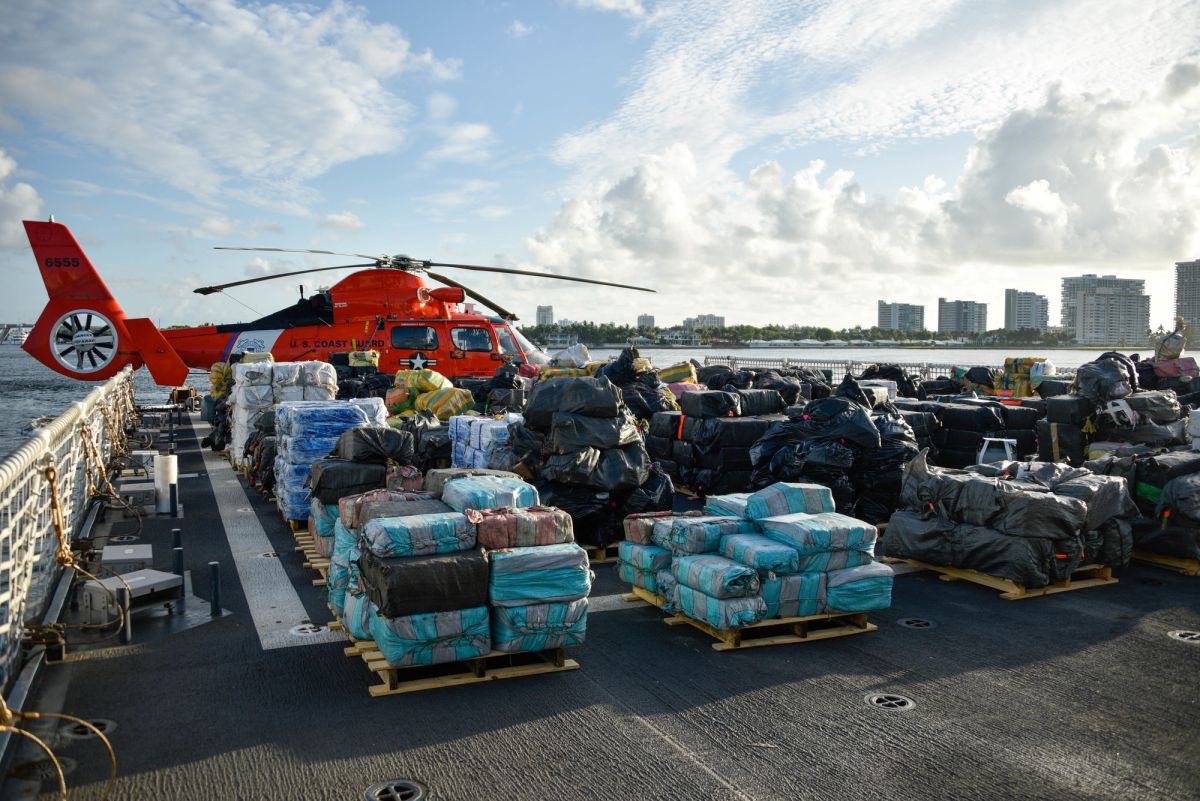 The US Coast Guard on Thursday displayed more than $ 1.4 billion in illegal narcotics seized at a Florida port, the result of months of seizures at sea, coordinating the efforts of the United States and Canada.

Coast Guard crew James downloaded approximately 59,700 pounds of cocaine and 1,430 pounds of marijuana, in Port Everglades, which is the largest narcotics dump in Coast Guard history.

At a news conference in Port Everglades, Vice Admiral Steven Poulin, Atlantic Area Commander for the Coast Guard, spoke among the seized narcotics packages containing approximately 59,700 pounds of cocaine and 1,430 pounds of marijuana.

“This is the largest illicit drug dump in the history of the Coast Guard. It’s historic, ”said Poulin.” It is the result of the combined efforts of our interagency partners and a dedicated international coalition. “

Captain Todd Vance, Coast Guard Commanding Officer James, said that the total of illegal drugs seized and presented today is twice what was seized during the fall months of last year.

The illegal narcotics were seized in about twenty operations carried out in the Caribbean Sea and the eastern Pacific, with the assistance of Canadian authorities.

Four of those seizures occurred within 10 days, they told the press, an unprecedented frequency when it comes to anti-drug operations on the high seas.

Authorities highlighted the threat posed by transnational criminal organizations to counties near where the drugs were seized and to the United States, where Last year 93,000 people died from drug overdoses.

On April 1, the United States Southern Command increased the activity of counternarcotics operations in the Western Hemisphere to curb the flow of drugs, in cooperation with numerous federal agencies in the country.

The Coast Guard authorities highlighted that the fight against drug cartels in the Eastern Pacific Ocean and the Caribbean Sea requires unity of effort in all phases, from detection, monitoring and interdiction, to criminal prosecutions by from international partners and US Attorney’s Offices in districts across the country.