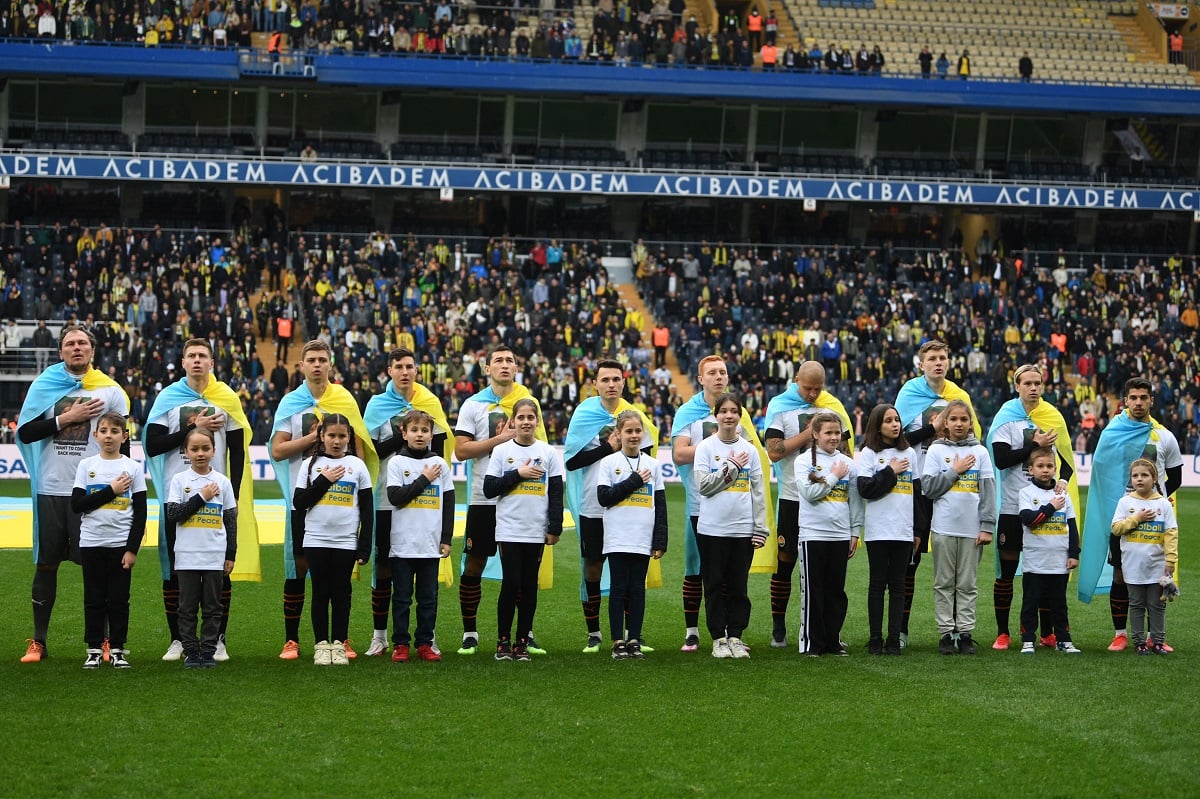 UEFA has sanctioned the Turkish Fenerbahce with a fine of $50.90 thousand dollars and the partial closure of its stadium in its next European commitmentfor the throwing of objects and the chants that his fans dedicated in favor of Russian President Vladimir Putin against Dynamo kyiv, on July 27 in the qualifying phase of the Champions League

Following the opening of an investigation, led by an Ethics and Discipline inspector, the Appellate body imposed these sanctions on the Turkish club, which was also reprimanded for improper conduct by its team.

The partial closure of the Fenerbahce stadium is conditioned for a period of two years, as confirmed by UEFAwhich investigated the facts in accordance with article 31 (4) of its Disciplinary Regulations.

The shouts of the name of the Russian leader, Vladimir Putin, by the Turkish fans in the match of the second qualifying round of the Champions League in Istanbul (1-2), provoked protests from the Ukrainian embassy in Ankara.

The events occurred after the referee sent off Turkish midfielder Ismael Yüksek for a double yellow card. and that four minutes later the Dinamo player Vitaliy Buyalskiy scored the first goal of the game and celebrated it in an “exaggerated” way, according to the Turkish press, which also brought him a yellow card.

Part of the Turkish fans began to sing the name of Putin, who invaded Ukraine last February and is keeping an important part of the country occupied.

“I ask you if you have counted how many fouls they have committed against us. It was all in our plan, and we won. But we don’t have the fans; I did not expect these screams; a shame”Lucescu told the press, according to the Habertürk newspaper.

UEFA also confirmed this Friday the sanctions imposed on the Hungarian Ferencvaros for racist incidents in the two matches of their Champions League tie against Slovan Bratislava, played on July 20 and 27.

The Hungarian club will have to pay a fine of $15,270; play with a part of its stadium partially closed, occupying at least a thousand seatsthe next game played at home in UEFA competition and display a banner with the slogan “No to Racism” and the UEFA logo.

The sanction will also prevent the club, on a conditional basis for two years, from selling tickets to its fans at home in their next match and carries another fine of 50,000 euros for lighting flares, throwing objects and offensive messages and one more than 14,000 euros for public access blocking.

He will also have to bear the costs of damage caused by his supporters on the Slovan Bratislava pitch.

You might also be interested in:
– New Mexican to Europe: Jorge Sánchez leaves Club América to play for Ajax
– Mexican Orbelín Pineda appeared at AEK Athens with an unforgettable goal [Video]
– Dani Alves throws the first dart on his return to Barcelona: “The only thing that makes me lazy is going back to the Camp Nou in white”