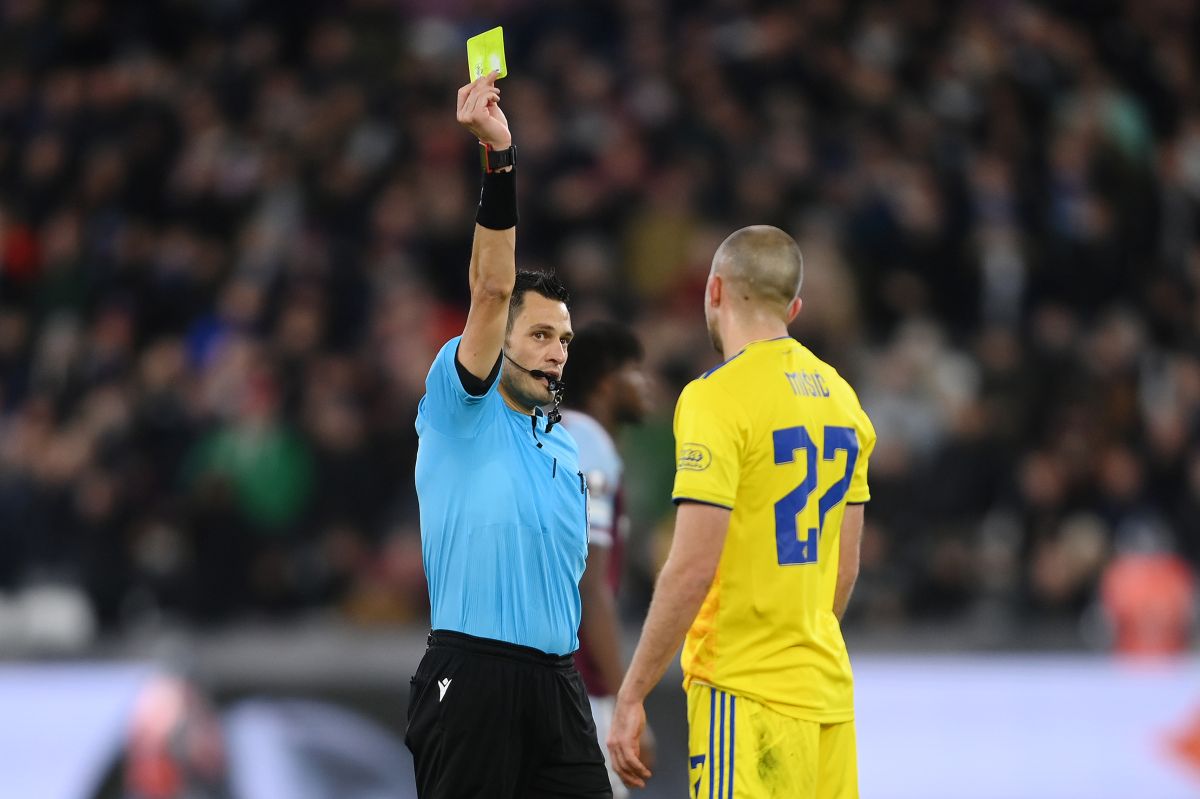 With the intention of respecting the people in charge of imposing justice on the playing fields, the UEFA has asked the referees to put a heavy hand on the pressure that certain players try to generate with faults or exaggerated claims which seek to impact the value judgment of the members.

In this sense, the Italian Roberto Resetti president of the UEFA Referees Committee, spoke of the conduct of some footballers and called them unprofessional since they only seek to deceive the judges so that they show yellow or red cards to the rival team.

“We are worried, we do not like these incidents to occur. They damage the game and its image. This behavior is not respectful, nor does it show a spirit of fair play when players, for example, try to trick a referee or pressure the referee to caution or send off an opponent,” Rosetti said.

It should be noted that during the winter, the governing body of European football dictated an online course due to the restrictions due to covid, in which 81 referees participated and certain points were reinforced to face the second half of the campaign both in competitions masculine as well as feminine.

In this sense, the president of the Referees Committee made an explicit recommendation in which he urged the referees not to be swayed by pressure from anyone. “It is especially important that referees always act based on what they see, not what they hear.”

“We do not want this to happen, we cannot accept it. Showing respect on the field is important. Therefore, referees are asked to be vigilant and take appropriate, firm and consistent actionIn these cases,” he added.

Likewise, Rosetti took the time to talk about VAR and its importance for football, although he stressed that it is important not to abuse its use. “VAR is important for our game. The goal is not to overuse the system, the goal is minimal intervention for maximum benefit. And we know there is always room for improvement, so fine-tuning work is constantly ongoing,” added Rosetti.

Although the theoretical part of the course was carried out by videoconference, the referees had to pass physical tests in their respective countries, which were recorded and sent along with the results to the Belgian sports scientist and UEFA referee training expert, Belgian Werner Helsen

The course also included practical and theoretical sessions on hands, offside and actions in the penalty area, given by the vice-president of the UEFA Referees Committee, the Scotsman Hugh Dallas, the refereeing official, the Slovenian Vlado Sajn, and the Dutchman Bjorn Kuipers, recently joined the UEFA team after retiring as a referee at the end of 2021.

UEFA confirmed that those attending the sessions included Colombian John Ospina and Venezuelan Emikar Calderas, CONMEBOL refereeswithin the collaboration program that UEFA has with the South American confederation.

Also read:
– Without rivals: Spain and Portugal would have a free path to organize the 2030 World Cup
– There are already 15 qualified for the Qatar 2022 World Cup: this is how the Qualifiers of all the confederations go
– UEFA ratifies sanction to two Portuguese clubs: They will not be able to play Champions League or Europa League until 2025