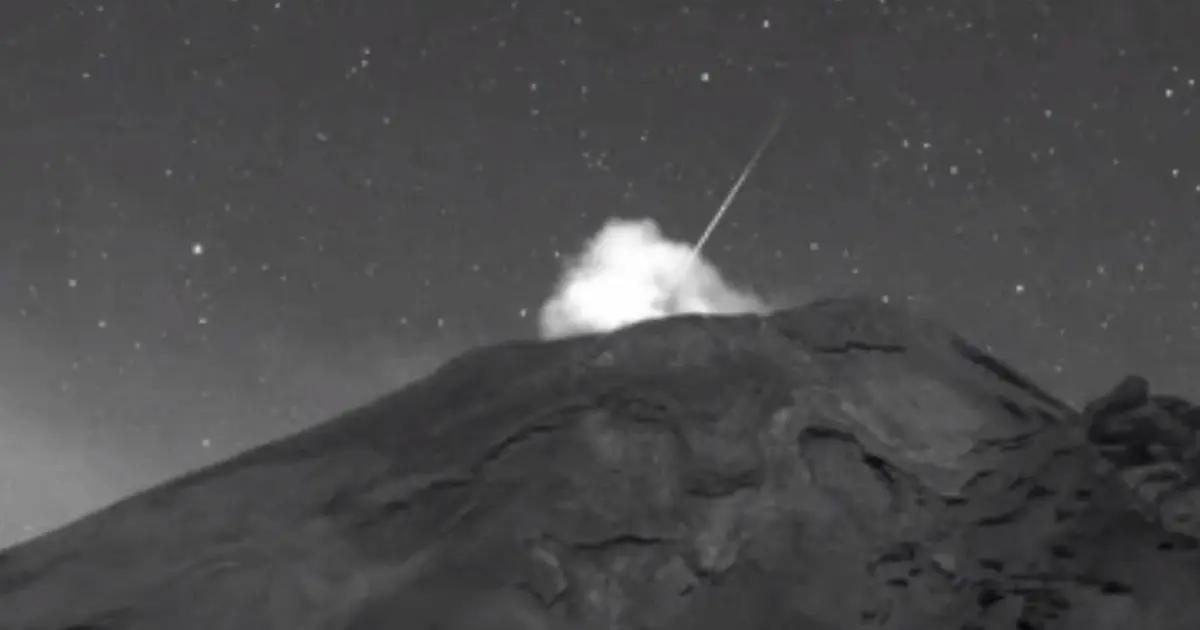 The moment when an object fell from the sky and fell directly into Popocatepetl’s crater was captured this Wednesday. The events were recorded by one of the video surveillance cameras connected to Webcams Mexico, which displays a signal 24 hours a day whose images are in real-time.

Through its Twitter account, Webcams de México showed the clip that assures that the object that fell from the sky is a star known as Geminids, which corresponds to a meteor shower of which it was part. In the same publication, the site alerted the National Center for Disaster Prevention (Cenapred) to review the matter.

During the short clip of about 7 seconds, it is observed how an object that at first appears elongated falls and points directly towards the interior of the crater of Popocatepetl, which was emitting some of its characteristic fumaroles, staining the air with its gray tones. The shot was taken from the Tlamacas station, where the video camera that captures the signal and transmits it every day of the year was installed.

Popocatepetl is in Yellow Phase 2

In Wednesday’s update, Mexico’s National Center for Prevention of Disasters (Cepapred) indicated that Popocatepetl activity is at Yellow Phase 2. The federal agency said: “Cenapred urges not to approach the volcano, especially the crater, because of the danger posed by the fall of ballistic fragments.”

In the same report, Cenapred detailed that in the last 24 hours, through the monitoring systems of the Popocatepetl volcano, 166 exhalations accompanied by water vapor, volcanic gases, and light amounts of ash were detected. Also, 21 minutes of tremor were recorded, in addition to a volcano-tectonic earthquake of magnitude 1.3.

He added: Cenapred emphatically reiterates the recommendation not to climb the crater of the volcano since there is the possibility of explosions, as has been seen on several occasions in the past, which involve the emission of incandescent fragments and in case of heavy rains, to stay away from the bottom of ravines because of the danger of mud and debris flows, he said.

While the origin of the unidentified flying object that fell directly into the volcano’s crater remains unknown, in an image shared on social networks, some users speculate that perhaps it is a UFO.

Here is the video: