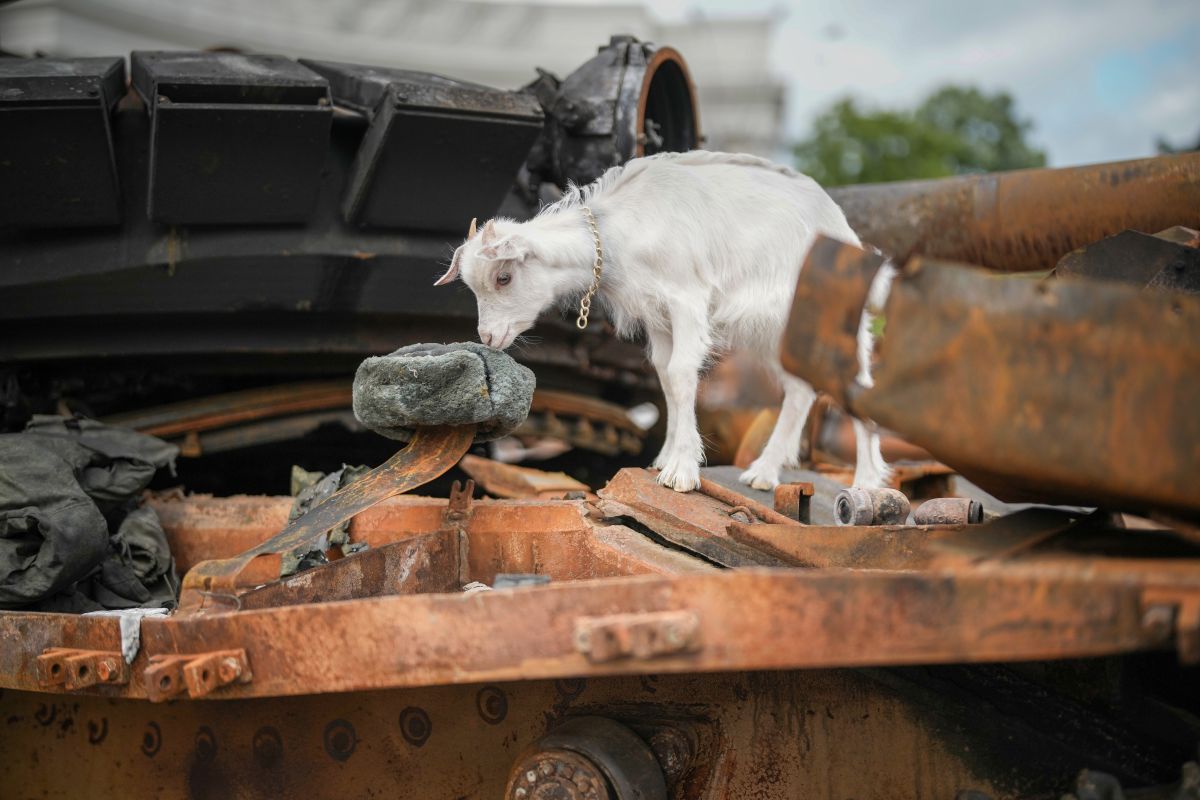 A goat in Ukraine activated tripwires that had been set by Russian forces, causing an explosion that injured several of Moscow’s own soldiers.Ukrainian officials said.

Ukraine’s Defense Intelligence said on Monday that the goat sabotage took place in the village of Kinski Rozdory in the Zaporizhzhia region.

The agency claimed that around 40 Russian soldiers occupied a local hospital and set up a “circular defense” by setting tripwires connected to grenades around the perimeter of the medical facility.

The invading forces, however, ended up regretting their decision when a goat from a neighboring farm decided to pay them a visit.

“As a result of the goat’s ‘chaotic’ movements, the animal ‘discarded’ several grenades”, Defense Intelligence wrote. “As a result of a chain reaction, several (Russians) suffered injuries of varying degrees of severity”.

It is unclear if the hoofed saboteur survived the blast.

According to local officials, about 60% of Zaporizhzhia Oblast is now under the control of Russian forces, who have been relentlessly shelling the region and causing widespread destruction since the beginning of the invasion on February 24.

Earlier this month, Ukrainian President Volodymyr Zelensky traveled to the area and inspected army positions on the front lines.

Read more
* VIDEO: Russian missile makes a ‘U’ turn in the air and crashes into the troops that fired it
* Russian troops fire dozens of missiles at Ukraine from Belarus
* kyiv authorities announce curfew for the safety of civilians