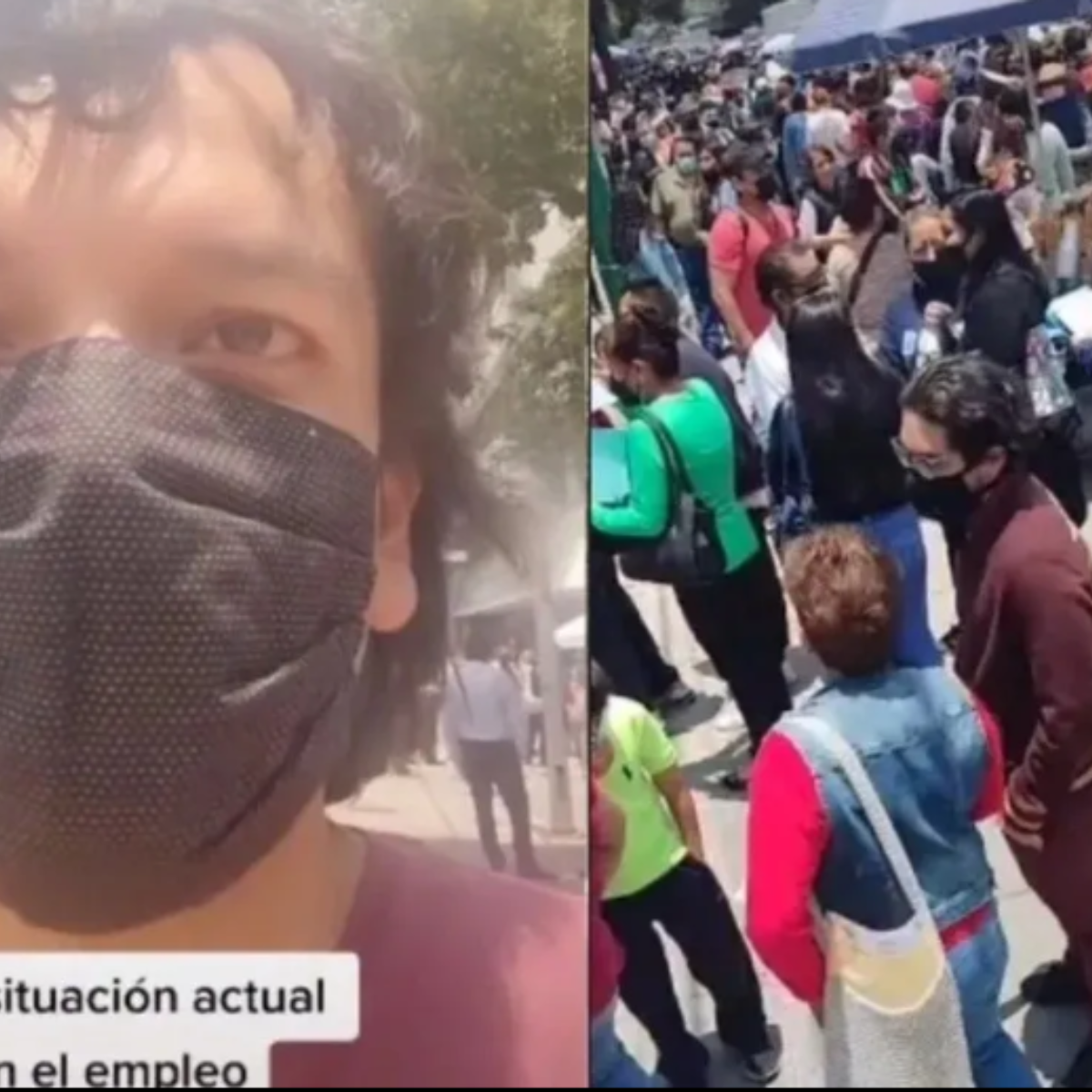 Before the unemployment crisis that is lived in many entities, a young man with a postgraduate degree was formed in a long line to get a temporary job of 5 thousand pesos a month.

The young graduate, and postgraduate, climbed a video on the Tik Tok network to demonstrate that the labor and economic situation is currently complicated.

In the clip he explained that both he and other people were in that place to get government support which consists of a temporary employment in which they would pay 5 thousand pesos a month and the working day ends at 3 in the afternoon.

“It is not to underestimate the help, but I have a degree in marketing, I studied a postgraduate degree and I have not found a job for a long time,” he mentioned.

He also explained that after leaving the university he managed to get a job in which he they paid 15 thousand pesos a monthhowever, due to the pandemic he lost his place of work.

Via AmericanPost.News The unemployment rate in Mexico was announced, which stood at 3.5% of the economically active population (PEA) in December 2021.

“All those people are looking for work because there is no work,” he said in his video.

The young man indicated that the situation is unfairbut he considered that there is no one to blame and that he hopes that he can get the job since he studied a career to have a better lifestyle.

“Right now I’m going to train to see if I earn five thousand pesos because they say no to everyone,” he said.

Finally, he called for the people who do have jobs do not complain, as many wish they had it.

“Many times we do not value what we have as a job, we complain and say many things that are not relevant,” he concluded.

It may interest you: Unemployment in Mexico reaches its lowest level since 2020.

How is unemployment in Mexico?

The unemployment rate in Mexico stood at 3.5% in the first quarter of 2022a reduction of 0.9 percentage points compared to 4.4% in the same period of 2021, the National Institute of Statistics and Geography (Inegi) reported on Monday.