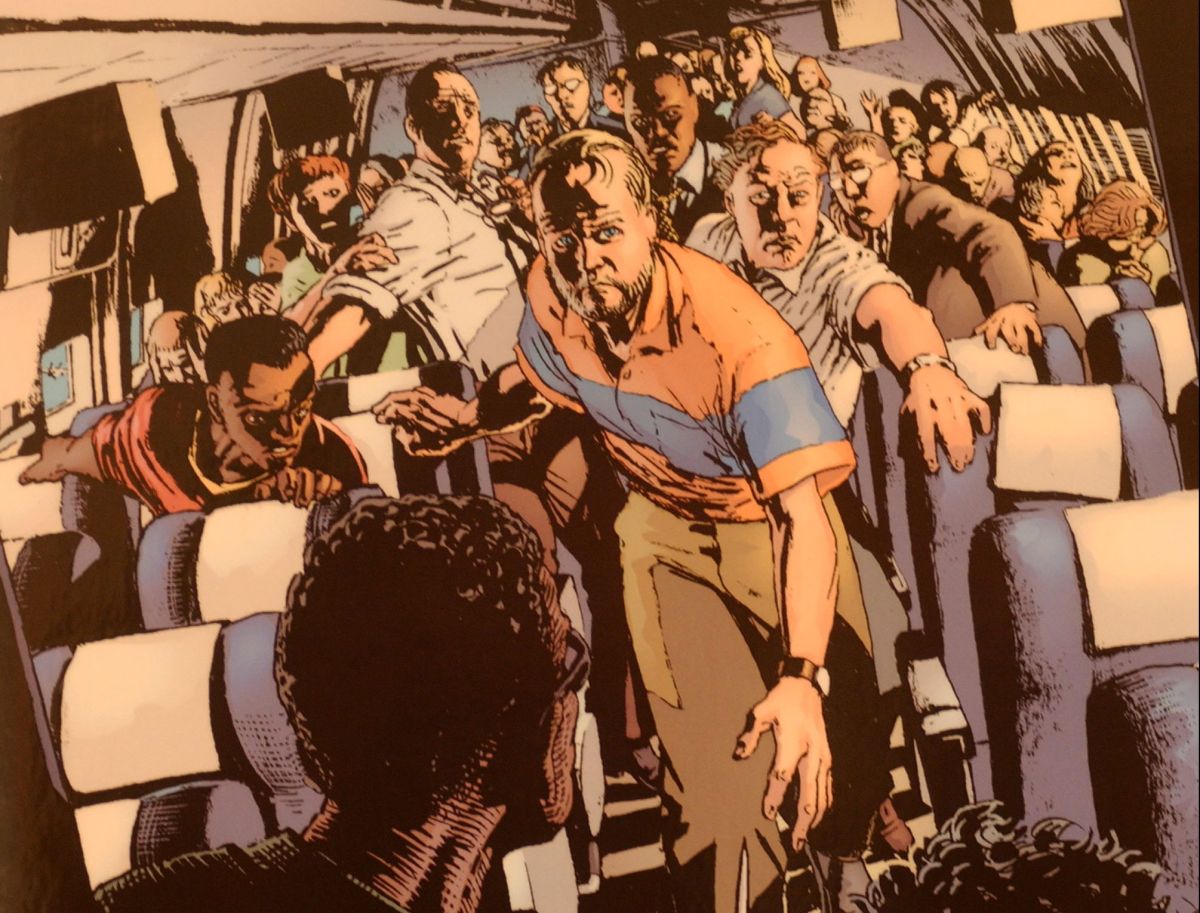 Tuesday morning, September 11, 2001 the world changed. Four planes were hijacked by members of the terrorist organization al Qaeda to direct them as missiles to four iconic buildings in the United States, one of them It was United Airlines Flight 93.

The delay in take-off

At 8:42 hours the plane took off from Newark International Airport, in New Jersey, whose destination was the city of San Francisco. He suffered a 42-minute delay due to ground traffic, however, he managed to leave with seven crew members and 37 passengers, among which there were four kidnappers, and not five as in the other three planes.

A bomb on the plane

The taking of the cockpit of the United Flight 93 started 46 minutes after takeoff, which according to the investigations, were decisive in the fatal outcome of the aircraft.

Related: After 9/11 in the United States, military and national security spending became 20% of total public spending

The taking of the flight deck

Went at 9:28 when the captain of UA93 yelled “Mayday!”black box records revealed amid struggling sounds.

The four attackers threatened the crew by telling them that the plane carries a bomb, took control and the passengers were taken to the bottom of the aircraft.

The records show that the passengers did at least 37 calls through cell phones and the plane explaining that the kidnappers did not care to see them speak and ask for help. That was the way the passengers learned about the attack on the Gems Towers in New York and the possible fate that lay in store for them if they did not act quickly.

Rebellion in the air

At 9:42 in the morning United Flight 93 it was the only plane that remained in the air hijacked. At 9:57 One of the calls that is recorded one of the passengers confessed that they had decided to rebel against the hijackers to try to regain control.

One of the passengers was heard saying: “everyone is running for first class. I have to cut. Bye“.

Related: United Airlines: Memo Reminds Crew To “Do Not Tape Violent Passengers To Their Seats”

It was the 10:03 and 6 minutes had passed since the passengers tried to take the flight deck. The black box revealed screams and scuffling noises at the door and glass breaking while Riad Jarrah, one of the hijackers, piloted the aircraft.

They still had 20 minutes to return to Washington DC, the target of the hijackers’ fate for the aircraft. The terrorists realized this and debated whether they should “lower” the plane or keep flying. In the recordings it was heard: “Yes, drop everything and destroy it, destroy it, destroy it”.

It was then that United Flight 93 began to lose altitude as the passengers continued their struggle to open the cockpit door. In the recording the kidnappers began to shout “Allah is the greatest!” when the aircraft finally crashed in the field of Shanksville, Pennsylvania. No one survived the impact.

In commemoration of the 20th anniversary of the terrorist attacks of September 11, 2001, the FirstEnergy Foundation made a $ 20,000 donation to the Friends of Flight 93 National Memorial in honor of the victims of that fateful day.

The memorial is located in Shanksville, right where United Flight 93 crashed. and marks the final resting place of the 37 passengers and 7 crew members who fought the four hijackers.

The bravery of the passengers probably saved hundreds more when trying to prevent the plane from reaching the target of crashing it into the United States Capitol building.

“We are humbled by the courage of the passengers on Flight 93, who struggled to regain control of the plane despite knowing its likely destination,” said Lorna Wisham, president of the FirstEnergy Foundation.

You can make a 20th Commemoration gift today ahead of the anniversary of 9/11 this September at https://t.co/WxIyOvezaS#NeverForget # Honor93 pic.twitter.com/FQoAGzXrU2

“On behalf of all FirstEnergy employees, we are pleased to present this donation in support of a memorial to ensure these heroes are never forgottenWisham said.

It’s the eve of the 20th anniversary of 9/11. As the official nonprofit partner to Flight 93 National Memorial, you can support our mission at https://t.co/WxIyOvwa2q. pic.twitter.com/IezlXJsDVu

This is the second donation from the foundation that represents 10 electricity companies to the Friends of Flight 93 National Memorial, which is the non-profit organization responsible for the education and conservation of the monument. In 2011, the foundation contributed $ 5,000 on the tenth anniversary of the attacks.