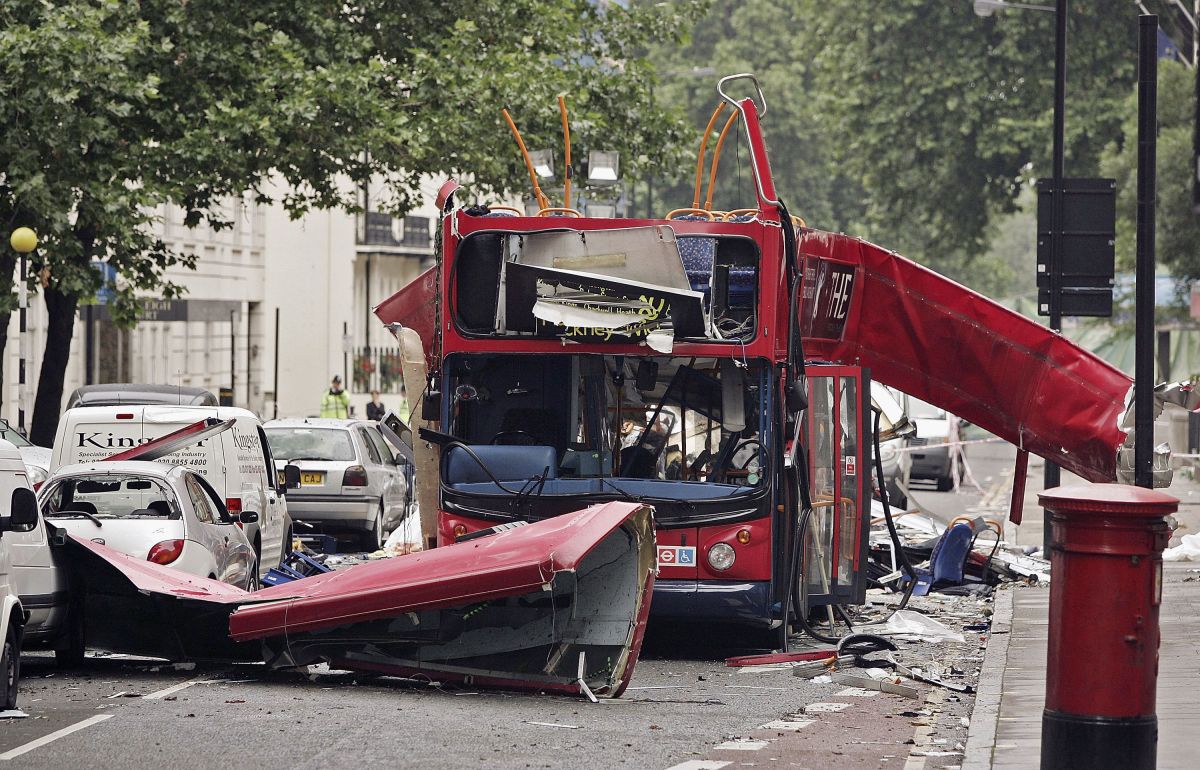 On the morning of July 7, 2005, bombs detonated on three London subways and on a crowded bus during the city’s rush hour.

Synchronized suicide bombings, thought to be the work of Al Qaeda, killed 56 people, including the attackers, and injured another 700was the biggest attack on Britain since World War II, the authorities clarified that they received no warning about the attack.

The train bombings targeted the London Underground, the city’s subway system. Almost simultaneous explosions occurred, at around 8:50 a.m., on trains that were in three places: between Aldgate and Liverpool Street stations on the Circle Line; between Russell Square and King’s Cross stations on the Piccadilly Line; and at the Edgware Road station, also on the Circle Line.

Nearly an hour later, a double-decker bus on Upper Woburn Place, near Tavistock Square, was also attacked; the roof of the bus was ripped off by the explosion.

The attacks occurred as world leaders, including British Prime Minister Tony Blair, were meeting at the G8 summit in nearby Scotland.

In his comments after hearing about the explosions, Blair called the attacks barbaric and said they were most likely to take place at the same time as the G8 summit. Later, he promised to see those responsible brought to justice and that Britain, a major US partner in the Iraq war, would not be intimidated by terrorists.

Of the four suicide bombers, three were born in Britain and one in Jamaica. Three lived in or near Leeds in West Yorkshire; one resided at Aylesbury in Buckinghamshire. Al-Qaeda officially claimed responsibility for the attacks in a videotape provided to the al-Jazeera television network.

Two weeks later, on July 21, 2005, a second series of four bombings was attempted, also against the city’s transit system, but failed when the explosives only partially detonated. The four alleged perpetrators of the failed attacks were arrested at the end of July.

An estimated 3 million people ride the London Underground every day, and a further 6.5 million use the city’s bus system.