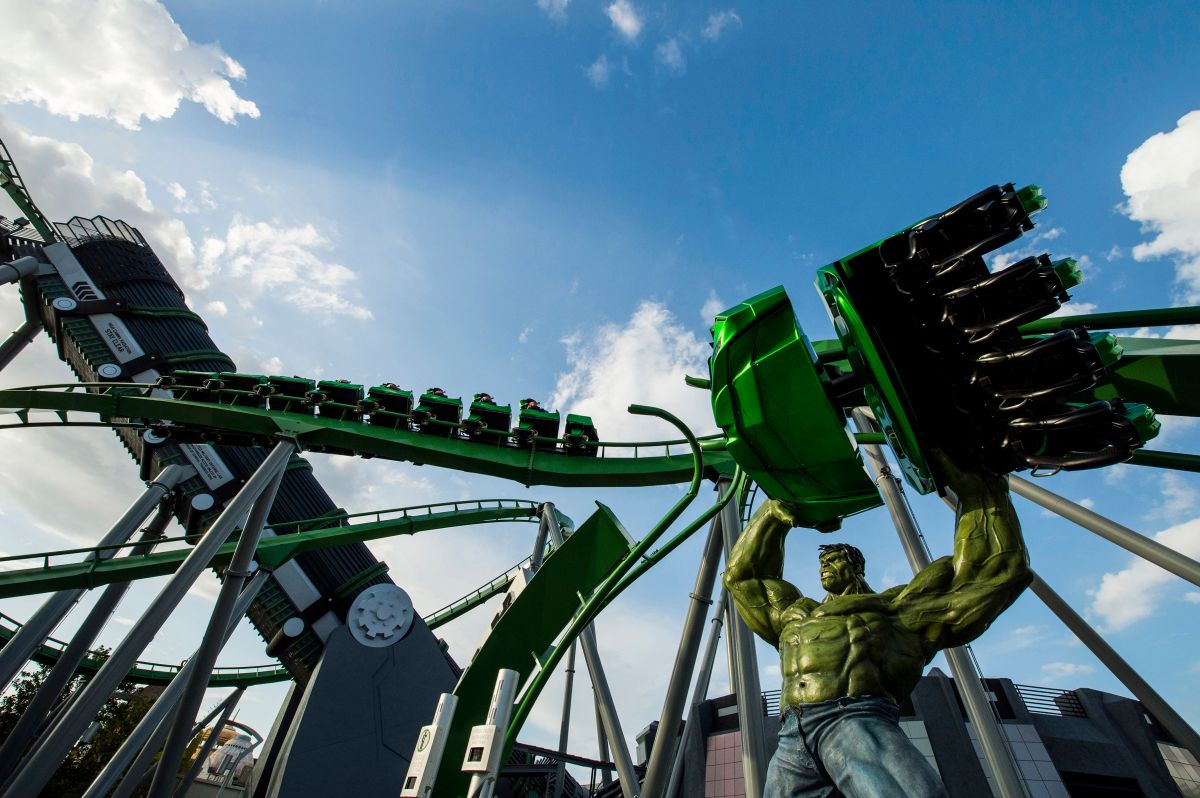 universal-orlando continues with its doors open to offer attendees the maximum entertainment experiencean objective they achieve with their parks and hotels.

This entertainment complex is divided into three parks: Universal Studios Florida, Universal’s Island of Adventure and Universal’s Volcano Bay, each of them offers various action attractions inspired by fictional characters and worlds important in pop culture.

Fans of the saga have the opportunity to travel to the bottom of the earth and meet Harry, Ron and Hermione thanks to a state-of-the-art roller coaster; However, before they achieve their goal, they must fight against Voldemort, Bellatrix, a fire-breathing dragon, and other obstacles.

In addition to the theme, this attraction is innovative for the advanced technology with which the roller coaster was designed by Universal Creative. This technology ensures that attendees do not feel the movement during the trip and focus on the story around them.

Like Harry Potter himself, those who visit Universal Orlando they will be able to travel on the Hogwarts train and live a magical experience. The trip is different depending on your starting point, which can be King’s Cross Station in the London area of ​​Universal Studios Florida or Hogsmeade Station in Universal’s Islands of Aventura. The arrival point is also any of those two stations and between them there is an extension of 2,218 feet.

Adventure and music lovers will find their happy place at the Hollywood Rip Ride Rockit, a roller coaster that is 167 feet tall, 3,800 feet long and goes at a top speed of 65 miles per hour. This is the only hill lift roller coaster in Florida.

Before starting the trip each user can choose the music they want to listen to on the way and even at the end they take a souvenir video with the selected music.

Joining the team of Optimus Prime and Bumblebee is possible thanks to Transformers: The Ride 3D, a 3D attraction in which it is difficult to separate fiction from reality. Along the way, travelers must try to defeat Megatron and his evil Decepticons in their mission to rule the Earth.

You may tour the Forbidden Forest on a motorcycle with this attraction inspired by the Harry Potter universe. During the trip, several of the rare creatures that are part of the saga appear. This roller coaster stands out among others for being the longest in Florida with its extension of almost a mile.

After going through so many attractions inspired by the Harry Potter universe, what anyone would most like is get to Hogwarts School of Witchcraft and Wizardry and that is possible thanks to Harry Potter and the Forbidden Journey.

The speed in the Jurassic World VelociCoaster is decisive to get through the park’s birds of prey and not be devoured. It is even considered the fastest, tallest and most intense roller coaster in all of Floridasince it has an extension of 4,700 feet of height.

in this attraction Jurassic World fans can go toe to toe with Blue, the most recognizable member of the raptor pack. The experience includes facts about this predator and its natural habitat.

Dr. Bruce Banner invites some visitors to the park to help him with some research, but during the process a gamma radiation explosion makes the whole adventure more extreme and fall at a top speed of 67 miles per hour as the Hulk propels you down a bit.

This experience is accompanied by a soundtrack composed by Patrick Stumpleader of the rock band Fall Out Boy.

In this attraction, water is the protagonist, for which the trip is made in a raft with capacity for five people and on the way you have to surf the underwater currents.

This slide is one of the most exciting attractions, because users plummet 125 feet through the center of the Volcano Bay icon.

The ride on the Krakatau Aqua Coaster it is done in rafts with capacity for four people and along the way you go back and forth passing mist, the darkness of the volcano and more.