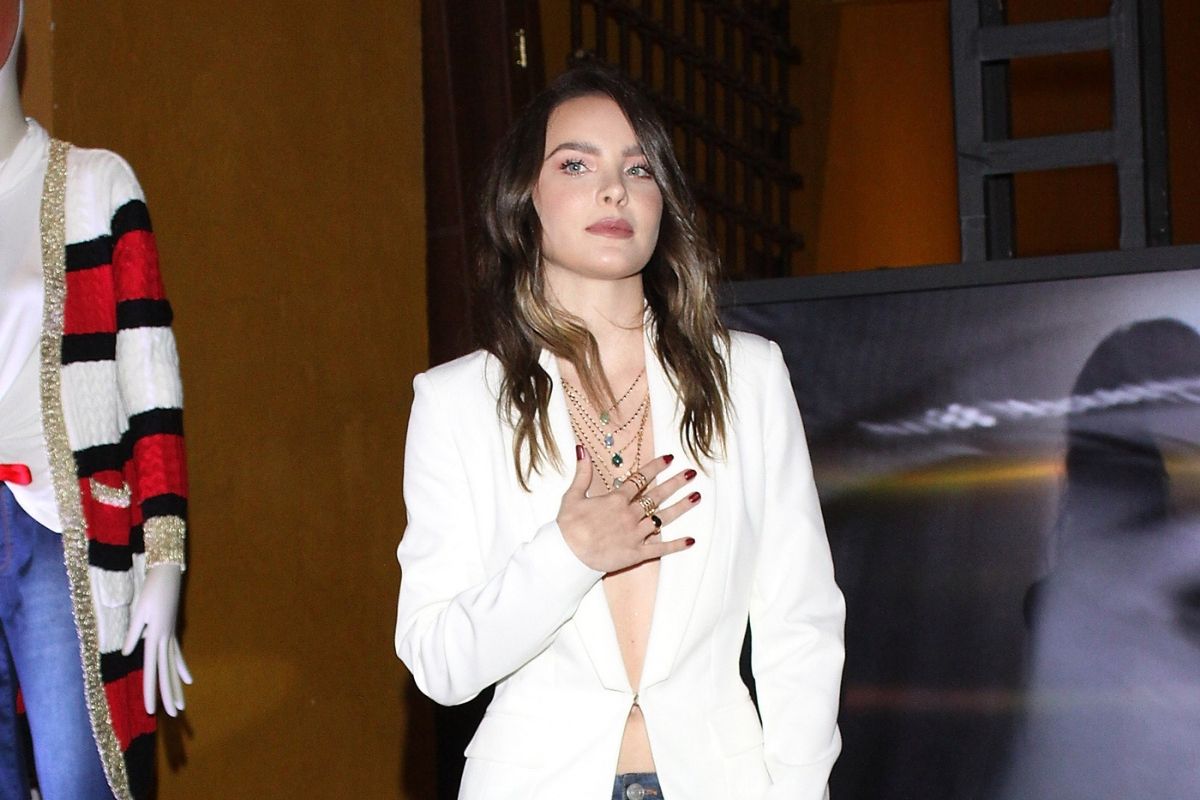 Belinda broke the silence to ask for respect. The singer has accepted the end of her romance through her Instagram stories, as did Christian Nodal, but although she admits that she is going through great pain due to the loss, she also implies that in this ending she has not been completely the bad they paint Many do not believe him. Many laugh at his pain.

These were some of Belinda’s words, before which a good part of the public has laughed: “These days have been difficult, you so nobody knows that I am an introverted person and it is because I always try to take care of my heart, but it inevitably hurts and a lot. I ask that our energy will be love and respect towards others. I start a new stage in my life concentrating on being well both spiritually and professionally”.

The message has been shared on several Instagram accounts of entertainment programs in the Hispanic world, between these TodayTelemundo morning:

Others have not hesitated to call her “materialistic”, and the message that is reproduced the most is that Belinda is only interested in money, and it seems that only her fans are determined to believe otherwise. This is how the other comments against her go: “You are very materialistic, your whole world is very expensive brands, gifts that only a millionaire has. You are very beautiful, but it never works like that.” Another also wrote: “A woman will never find her true love, if she doesn’t put her interests in money as much as that artist is seen to do. So much vanity that his physique has even changed him so much. She doesn’t feel comfortable with herself. She is very talented. May she value herself.”

The same story is told in El Gordo y la Flaca and the result has been almost worse, because the messages against him are more cruel, direct and the mockery is in them: “It will hurt his pocket it will be,” wrote one. Another has asked him to even return the ring: “Close cycles…return the ring.”

Another also commented: “Well, Belinda, you wanted to take a lot of money from him and he let you go.” Others also do not believe her when they read that she describes herself as an introverted woman.

On the subject of the engagement ring that Christian Nodal gave him, they spoke on the Ventaneando program, where they explained a very important detail yesterday afternoon. And it is that according to the journalist Mónica Castañeda, according to Mexican law, the interpreter of “Luz Sin Gravidad” would benefit from returning the ring, because now that they have separated it is valued as a gift, therefore if it is left, you will not only have to declare it, but you will also have to pay the taxes. Let’s remember that the issue of the alleged loan to pay the taxes she owes is what led them to finish, they say.

The defunct entertainment program that Telemundo broadcast, Suelta La Sopa, is still in force on Instagram with news of the show and there they also addressed Belinda’s publication.

And now the joke is told only: “Sometimes messing with children is shitty dawn”, They tell Belinda in reference that she is of legal age in relation to Christian Nodal. “All a lady,” said another.

And of course, there was no shortage of people who mentioned Lupillo Rivera, another man with whom Belinda was related and who, like Christian, got a tattoo in honor of the young woman: “Well, you’re done with Nodal… Heal your heart and the one that follows. It wasn’t for you, it wasn’t even your type. Fame and publicity were given both. Now it’s his turn to make a duo Nodal and Lupillo “.

But while it is true that mockery and silent offenses are the lowest common denominator, it is also true that others have managed to say that they have not understood a single word of Belinda’s message, although everything written there sounded so, so good: “How beautiful, how beautiful, how deep, what, what, what… do you mean? 🤔 I didn’t understand.”

More about the Belinda and Christian Nodal scandal:
Lupillo Rivera denies having bought a mansion from Belinda
Belinda breaks the silence after her separation from Christian Nodal: “These days have been difficult”
They say that Christian Nodal removes his tattoos in honor of Belinda, just like Lupillo Rivera: “Goodbye Love” sounds in the background