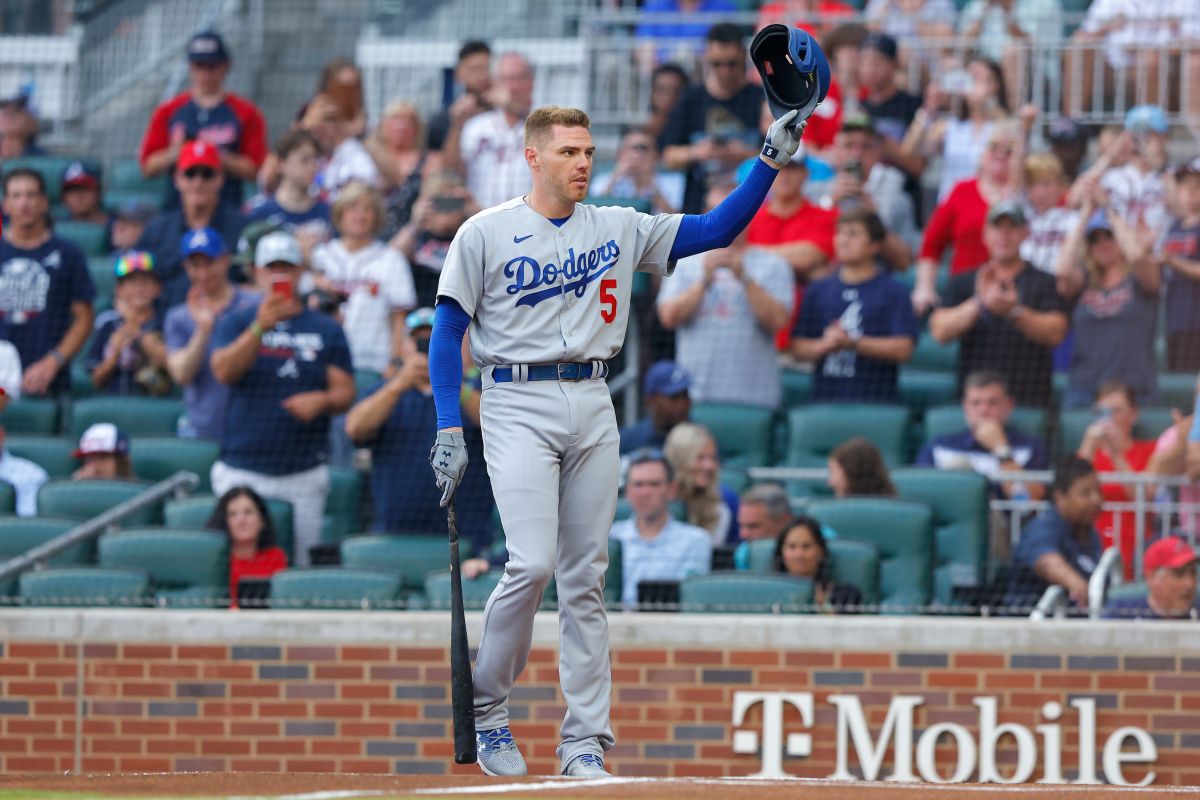 This Friday’s day was very special for Major League Baseball because Atlanta Braves Y Los Angeles Dodgers they met for the first time in the harvest in the Trust Park what the return of Freddie Freeman to your home and after a warm welcome; the initialist could not contain the tears.

The moment occurred when the American was going to take his first turn of the match against his former team and before standing at the plate, the thousands of fans of the Atlanta Braves they applauded him for a long time and the same Venezuelan catcher William Constreras; was in charge of giving as much time as possible to the now player of the Los Angeles Dodgers to enjoy those who were his followers.

Likewise, due to the strong hubbub and the songs of his name, Freeman He took off his case and thanked the gesture and as if that were not enough, he could not hold back his tears in regards to a moment that was highly anticipated for all baseball fans of the Big leagues.

It is important to highlight that, Freeman was linked to Atlanta Braves for more than a decade where he received innumerable awards, one of them the Most valuable Player and also won a World Series.

After taking the Atlanta Braves, Freeman He retired through the front door of the organization that gave him life in this sport and that developed him as one of the best in the world. Despite not renewing his contract before the start of this campaign, the fans of the current champions remember him as one of the franchise’s historical players.

In fact, prior to the match against the Californians, the management of Atlanta gave the initialist his respective championship ring and the thousands of fans who were summoned to the Trust Park they were able to observe a unique moment with the presence of an emblem of the organization.

In this way, a star player and what was his home, met again in a meeting where both teams are strong candidates to be in the postseason and why not, fight for a postseason spot.

Finally, Freeman He was reunited with his former teammates and his family, he felt the warmth again of Atlanta and of each of the fans who supported them for more than ten years in the baseball of the Big leagues.

The most anticipated moment: Freddie Freeman and Ronald Acuña Jr. show their union with a big hug

Freddie Freeman has agreed to a multiyear deal with the Los Angeles Dodgers.