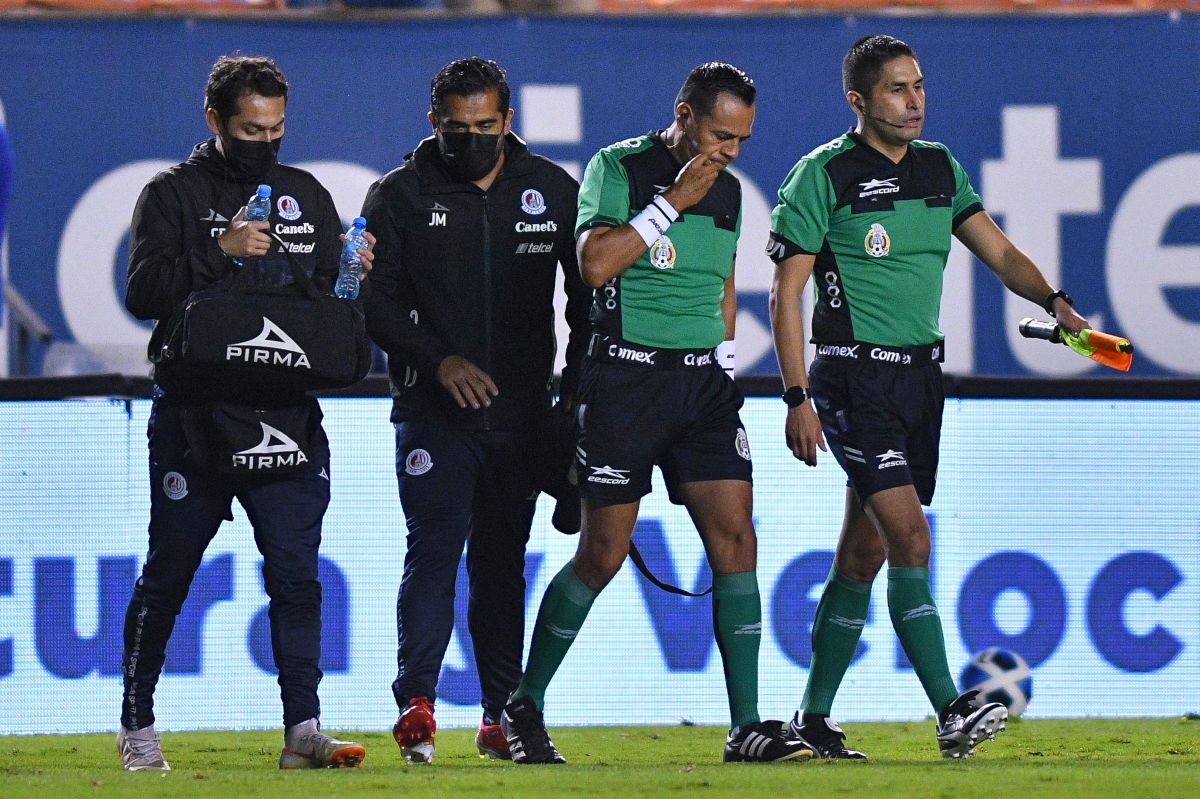 An unusual fact was recorded this Saturday night during the game between Blue Cross and Atlético San Luis, as part of matchday 6 of the Scream Mexico A21.

When the digital marked the 56th minute of the game, the assistant referee, Alejandro Acosta, suffered a tear in the calf of his left leg that did not allow him to continue with his work.

The game was stopped for several minutes, until it was agreed that he should be replaced by the fourth official, Alejandro Funk.

Shares resumed several minutes later, as the referee who entered had to do several warm-up sessions.

The match ended with a goalless parity on the scoreboard. Neither Cruz Azul nor San Luis could score to take the three points of the sixth date.