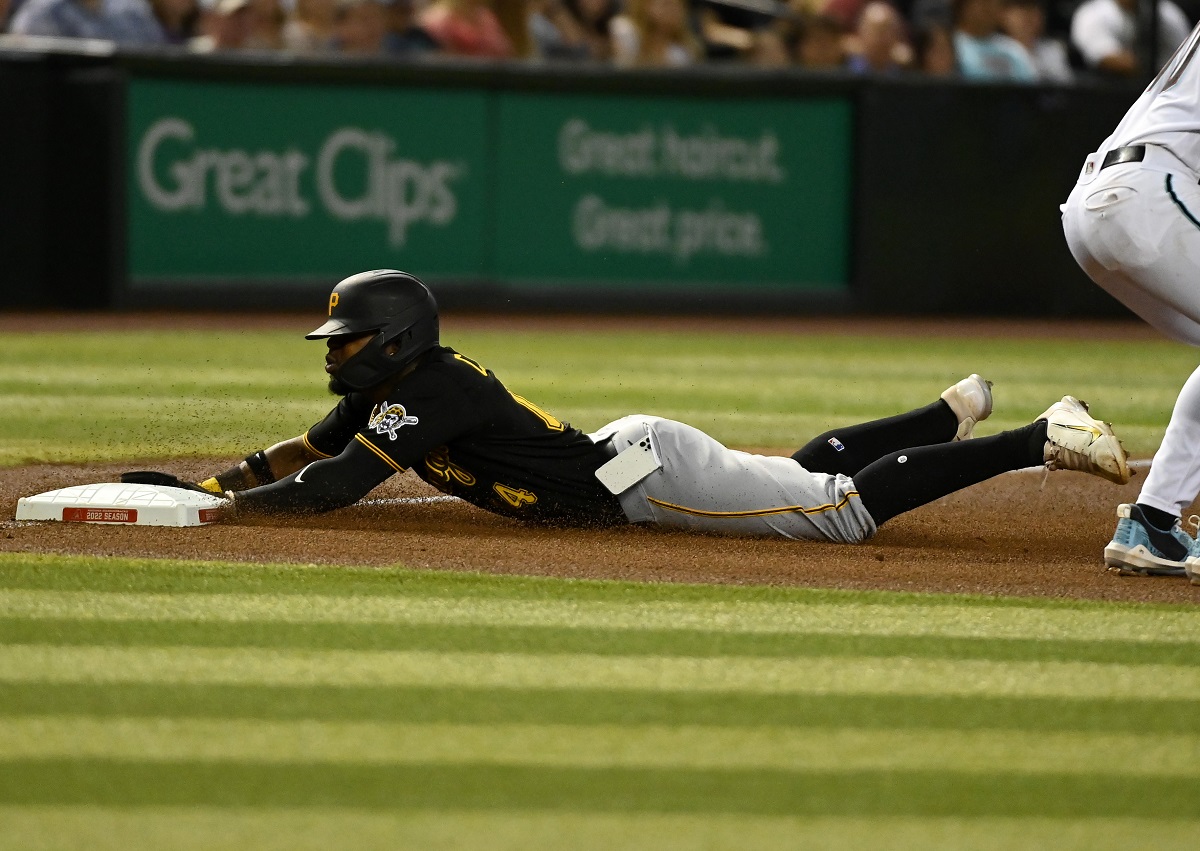 There are new things in Major League Baseball every day, and one more was added to the list. The Dominican baseball player Rodolfo Castro starred in the funniest moment of the day on Tuesday when he slipped into third base and saw how his cell phone came out of his pocket.

People would wonder if the Pittsburgh Pirates second baseman was absent-minded or he just doesn’t trust his teammates in the clubhouse to leave his phone in the locker. The truth was that he went out to bat with his cell phone, received a base on balls and reached third base.

Only that when he went out to steal from the anteroom, when he swept his cell phone came out and the referee of the third noticed and pointed out that he was on the ground. In fact, he almost stepped on it with his heels and didn’t even notice.

The commentators of the broadcast of the game saw the replay and could not contain their laughter at the time of seeing that. It was the bottom of the fourth inning, the Arizona Diamondbacks were leading 2-0, and the Pirates were trying to light an offensive spark with Castro.

In the end, the match ended 6-4 in favor of the Arizona Dbacks. Castro went 0-for-3 with a walk to drop his batting average to .189. He has 14 hits in 74 at-bats with six runs scored and four RBIs. He has stolen two pads.

He is 23 years old, was born in the Dominican Republic and is just enjoying his second season in the Major Leagues.

You might also be interested in:
– Dominican Miguel Andújar returns to the MLB with the Yankees after a serious injury to a teammate
– Emotional video: minor league batter comforted pitcher after he hit him with the ball
– Gennady Golovkin on his loss against Canelo: “Those people who gave those scores were used”