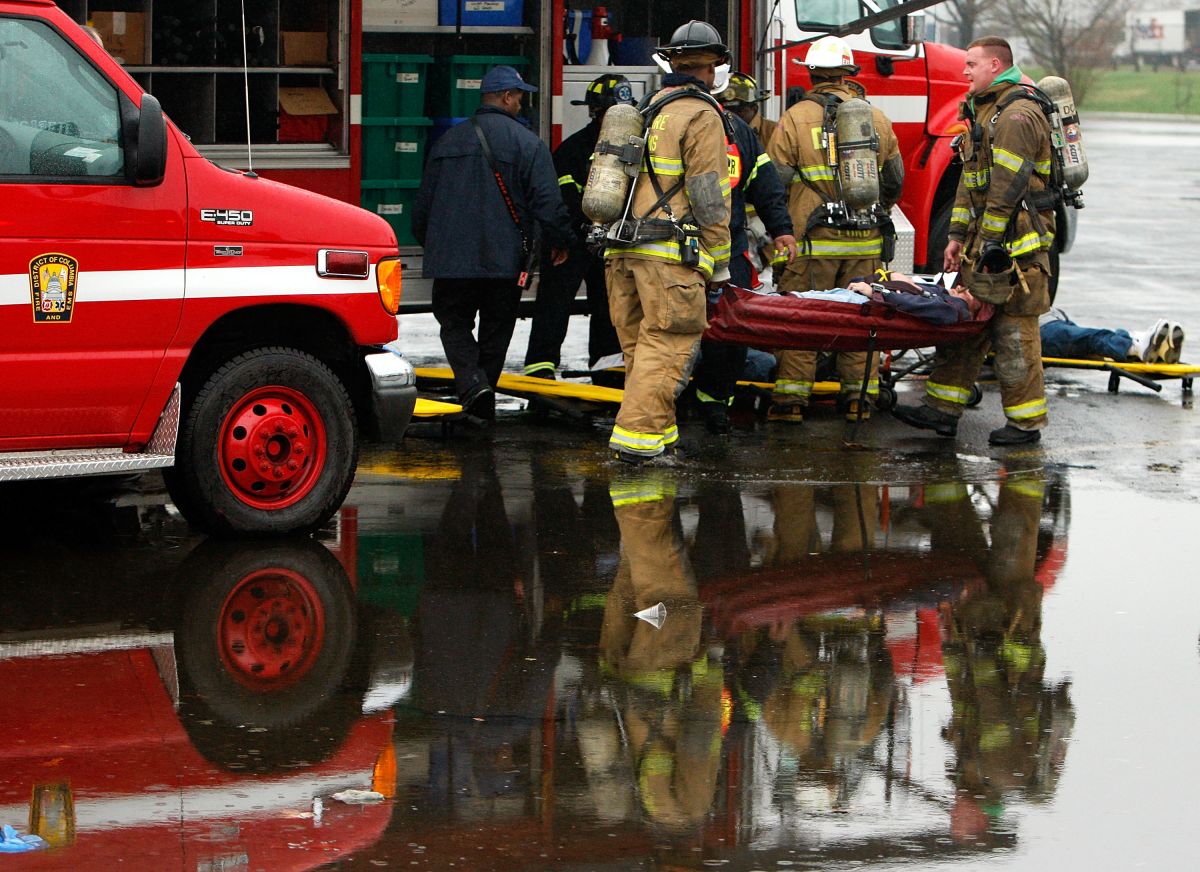 At least three people have been killed by lightning near the White House, including a couple who had traveled to the US capital to celebrate their 56th wedding anniversary, municipal police said.

The lightning struck Thursday during a sudden summer storm near the equestrian statue of America’s seventh president, Andrew Jackson, which is located in Lafayette Park, just north of the White House.

On Friday afternoon, the Washington municipal police confirmed the death of a 29-year-old man, whose identity has not been revealed out of respect for the family, which is being notified of the death.

As a result of the lightning strike, four people (two men and two women) were seriously injured, the spokesman for the fire department of the US capital, Vito Maggiolo, explained Thursday night at a press conference.

The four are believed to have been sheltering from the rain under trees when lightning struck, according to Maggiolo.

They were so close to the White House that the first to provide them with medical assistance were the agents who patrol the park and members of the Secret Service, who are in charge of guarding the presidential mansion.

All four were taken to hospital Thursday in critical condition.

Police reported Friday morning the death of a neighboring couple from the town of Janesville, Wisconsin: James Mueller, 76, and his wife Donna, 75.

The couple met when they were in high school and had traveled to the US capital to celebrate their 56th wedding anniversary, according to the local Fox News network in Washington.

They were almost retired: James Mueller had his own business, and Donna had been a teacher, though now she was working in a furniture store in Janesville.

“Our hearts go out to the families who have lost loved ones and we pray for those who are still fighting for their lives,” the spokeswoman said.

The person who is still hospitalized for critical lightning injuries is a woman, but her identity is unknown.

On its website, the US National Weather Service warns that lightning often strikes tall objects, so it is not advisable to take shelter under a tree during a storm.

On average, about 23 people a year are killed by lightning strikes in the United States, according to the National Lightning Safety Council, a group created to educate about lightning.

According to that organization, the three deaths this Friday in Washington are the first caused by lightning since 1991, when a teenager died and ten other people were injured.