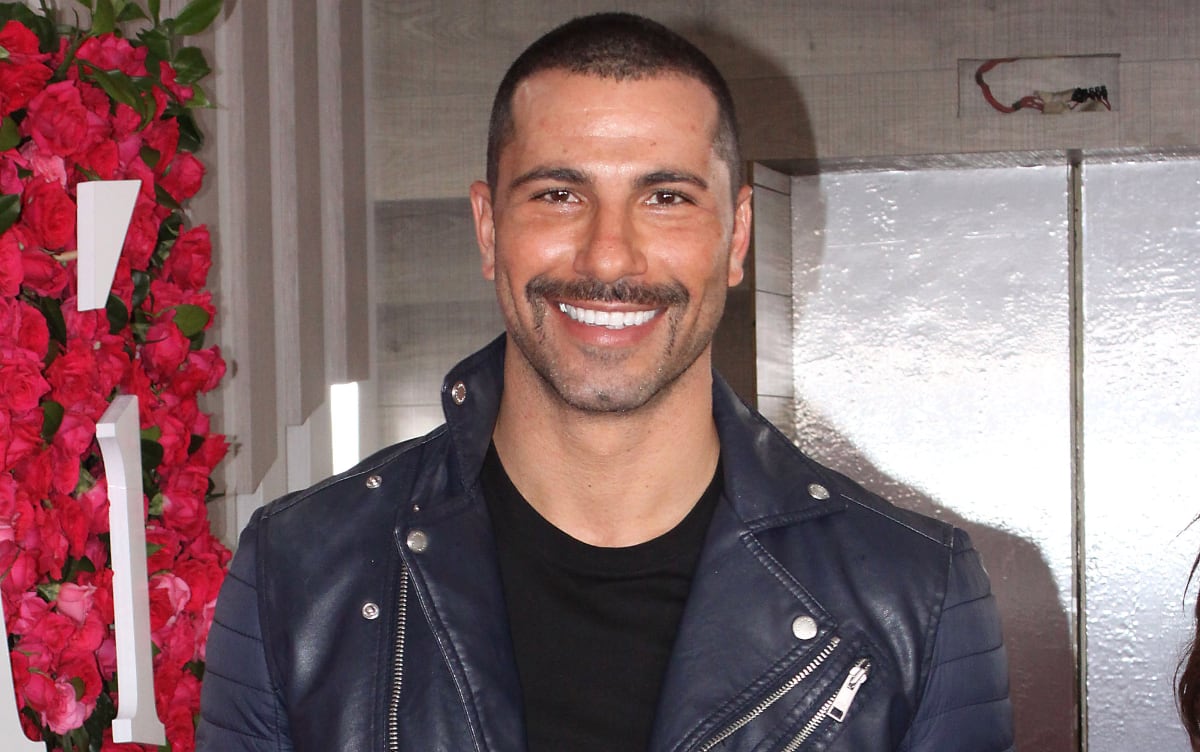 The moment he least wanted came, but his spirits did not drop completely and he had time to talk about everything that happened inside the House of the Famous, that is the Mexican actor Uriel del Toro, who broke the silence to say what he felt by being left out of the project.

“Well, if you can’t hide your emotions, my passage through the House of the Famous was not easy, but I feel that I had to give more of myself and that the best was coming, so I was a little frustrated, a little sad for myself. exit, because I did things well there, I gave myself to the project, I adapted, I complained, I was very happy ”.

“I HAD NOTHING TO DO IN THAT NOMINATION”

“I wanted people to know me as I am, I made the most of it, but I felt that I needed a little more, to play and start pulling my strings and being able to reach the final. I had nothing to do with that nomination, there were problems and conflicts encountered and it is as if a train dragged me ”.

Then he added that it seemed to him that his departure was due more to a situation of lack of fortune and not so much to other factors that occur within the same show: “And it dragged me and I could not do anything and I also say it because in life sometimes you are lucky and I was not lucky ”.

Uriel del Toro: “IT WAS THE BEST TO GO OUT”

Then he was asked about the issue of ‘betrayal’, in which he said he did not take part, but later he was directly questioned if this was due to Roberto’s case, to which he said: “Yes, I mean about the game, because As I said, they educated me with values ​​and it is obvious that feelings come out in a project like this ”.

“I have a values ​​and loyalty education that when I say ‘you are my friend, you are my friend’ and I will not betray you unless something happens in time. When I saw those plays because I already sensed it, well it makes me think that maybe I’m out today that it was the best for me to go out, “he said with a smile.

Then he explained that it was better since he noticed a danger: “I could get involved in things that could affect my future, seeing those betrayals and how people dealt with conflicts and very low-level gossip, I said, what am I doing here? And I’m not saying it because of an ego issue or anything, I’m saying it because people saw it ”.

“I came out well and I think I played fair and that is important when you enter a project like this, to be very careful, because people forget that you have a future out there, and there are people like this boy who maybe the public He is not going to love it so much, ”he said, pointing to Roberto Romano.

“LET’S SEE HOW YOU GET OUT OF THIS”

Regarding the accusations that some people make against Gaby Spanic because they classify her as guilty of his departure, the actor commented on his opinion that he deserves: “Above all respect, he did nothing to me, gutsy woman, with attitude, funny, I I did not know her before, we became close, not so much we did not talk so much, but there was a love ”.

“I’m not going to judge why she made that decision, if it was right or wrong, I tell you it was wrong, because it went wrong for her to see how she gets out of this one, but she did save the person she didn’t have to save and there Everything changed a lot, ”he expressed a little disappointed in everything he experienced within the Telemundo program. Filed Under: Uriel del Toro

“I HOPE I’M ONE OF THOSE WHO REACH THE FINAL”

He was also asked about his opinion of Kelvin Renteria, to which he thought that: “We became very close for that same reason, he is a loyal, noble and humble person, there is a lack of humility in that house, that is why they locked up so many famous people, then Kelvin comes from another side, from another galaxy and I felt that sincerity that that boy had ”.

“I identified myself and at one point I told him that he was the only person I trust in this house and I hope he gets out of there well and that they don’t drag him too and that he is one of those who reach the final because he is a good person” He said about the young man about more famous people. Filed Under: Uriel del Toro

AND HOW DID IT WAY IN LOVE?

But how do you walk in love? Apparently the gallant broke some hearts and in an interview, Tefi Valenzuela even blushed when Uirel del Toro was asked to other Gisella Aboumrad, who was very interested in him, to which he replied:

“Thank God I have a good click with people, especially with women and I have fun, regardless of whether there is a physical attraction or not, or whether I like it or not, I am respectful and I am a gentleman that is the most important thing and that maybe women like, there is a flirtation, “he said. Filed Under: Uriel del Toro

Uriel del Toro: ONLY A FRIENDSHIP FROM THEM

But then he broke the silence about the House of the Famous: “With Tefi we did not have time to meet, I thought she was a very pretty and happy woman and I wanted to continue having fun with her because there was no time, I do not know her from out here. And we connect with Gisella with certain subtle jokes, I take a friendship from them ”.

Regarding Christian de la Campa, who left him a message on social networks about the betrayal, he said that: “I read it, it is a good reflection, I have nothing against if we had not already sparked, I did not speak with him because I did not there was nothing to talk about, ”he said, noting that some behaviors did not seem so changeable to him.

When questioned about Alicia Machado, who is pointed out by many as the villain, he replied: “No, we had a very good rapprochement because we were bed neighbors, we got along very well, I thought she was smart, hilarious, the last weeks she had her starts, but They didn’t affect me that much ”.

Then she made a recommendation: “That everyone take charge of their actions and she did things that I did not like, she did not get involved with me, two or three times we had an argument, I listened to her, but each one with their madness”, He said about the situation he lived with the former Miss Universe.

ARE YOU REPENT TO HAVE ENTERED?

“No, I did it because it is Telemundo and I trust them, it is my sixth project with it, and on the other hand I already knew a little about this type of reality show and it caught my attention. I wasn’t afraid of him, I just wanted him to surprise me a bit and it happened or what happened ”, he said with a nervous laugh.

About his future and what is to come he said: “If this remains for life from this feeling that I experienced, I feel that I am a better person, relieved, I came out well and that is the most important thing. I would like to continue growing as an actor, we took a break with my band, but now we are going to make a couple of videos and I hope to play live at a festival ”. Filed Under: Uriel del Toro

Regarding other projects, he said that he has a special participation in Malverde, there we are, and tomorrow I will think about the projects and then give the folder to La Casa de los Famosos ”. About her work, she shared some experiences with other colleagues, so she responded about doing Juan Rivera.

“Mariposa de Barrio was the turning point in my career, after that many projects came out, and I met Juan Rivera, it was a very interesting acting challenge and with Samadi he is my friend,” he commented after talking about the entire project from which he already left and was feels very good. Filed Under: Uriel del Toro