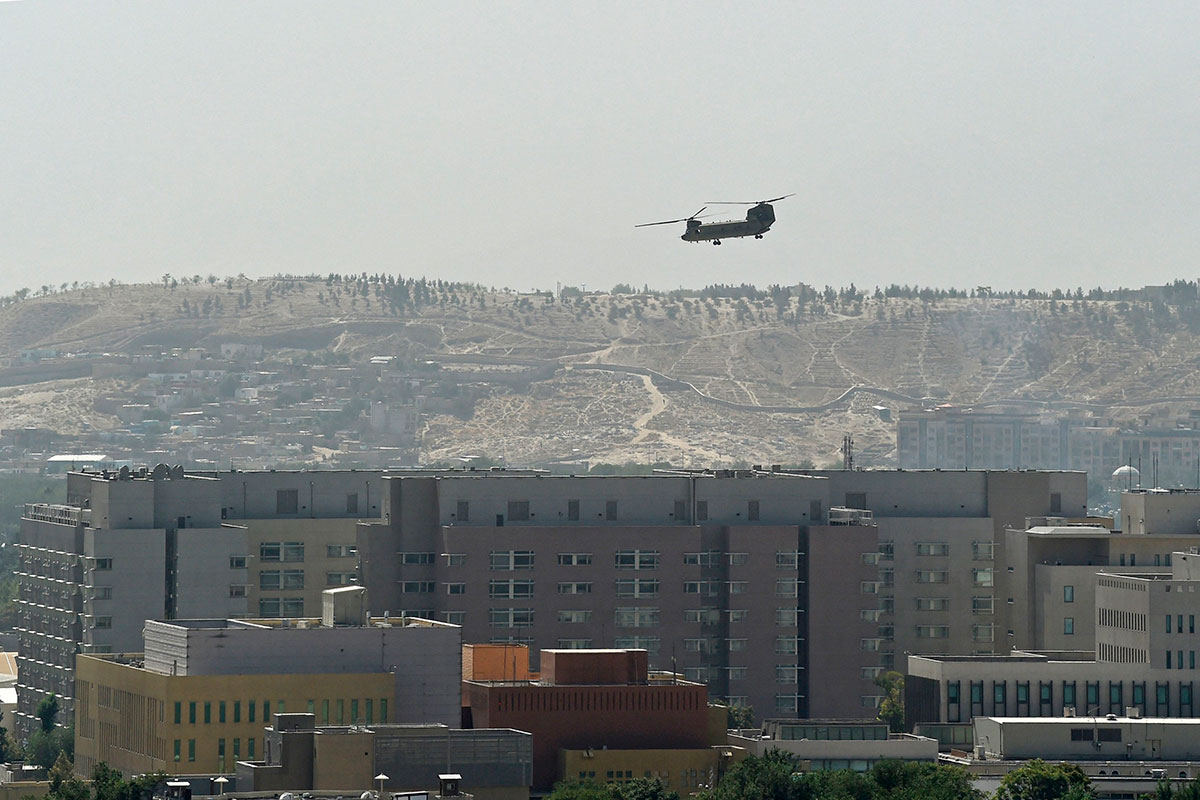 The United States has completed the transfer to Kabul airport of all the personnel of its American embassy in Afghanistan, hours after starting an aerial evacuation from that complex that was reminiscent of the one carried out during the fall of Saigon in 1975.

Late on Sunday in Washington, and as it was approaching 6:00 a.m. on Monday in Kabul, the State Department confirmed that it had “completed” the process to transport to the airport approximately 4,000 employees of its embassy in Kabul.

“All embassy personnel are now located in the facilities of Hamid Karzai International Airport, whose perimeter is protected by the US military,” State Department spokesman Ned Price said in a brief note.

The American flag was removed from the US embassy compound and moved along with the staff to a “safe place.”, and the charge d’affaires in the country, Ross Wilson, is also at the airport, another source from the State Department explained to Efe.

The complex airport transfer operation was picked up by television cameras, which captured helicopters going to and from the US embassy to the airport, while Kabul was besieged and later controlled by the Taliban.

The head of American diplomacy, Antony Blinken, insisted on Sunday that the situation in Kabul was not like that of Saigon in 1975, despite the fact that in that city there was an aerial evacuation of embassy personnel in Vietnam that was practically identical to that in Kabul, with helicopters on the roof.

The United States plans to evacuate most of its embassy staff in Kabul from Afghanistan, leaving only a “minimal diplomatic presence” made up of Wilson and a few other advisers in the country, according to the State Department.

Pentagon spokesman John Kirby assured Efe this Sunday that the United States has already evacuated “several hundred civilians, including personnel (from its embassy) and US citizens” who were in Afghanistan.

To reinforce that operation, the Pentagon on Sunday authorized the dispatch of 1,000 more soldiers to Kabul, which means that, within 48 hours, there will be “approximately 6,000” US servicemen at the airport in the Afghan capital, Kirby confirmed.

In addition, US forces have “taken over” the reins of air traffic control at Kabul airport, to facilitate their evacuations and those of their allies, and commercial aircraft traffic continues there, the spokesman added.

Read More: US takes control of Kabul airport traffic in Afghanistan for evacuations