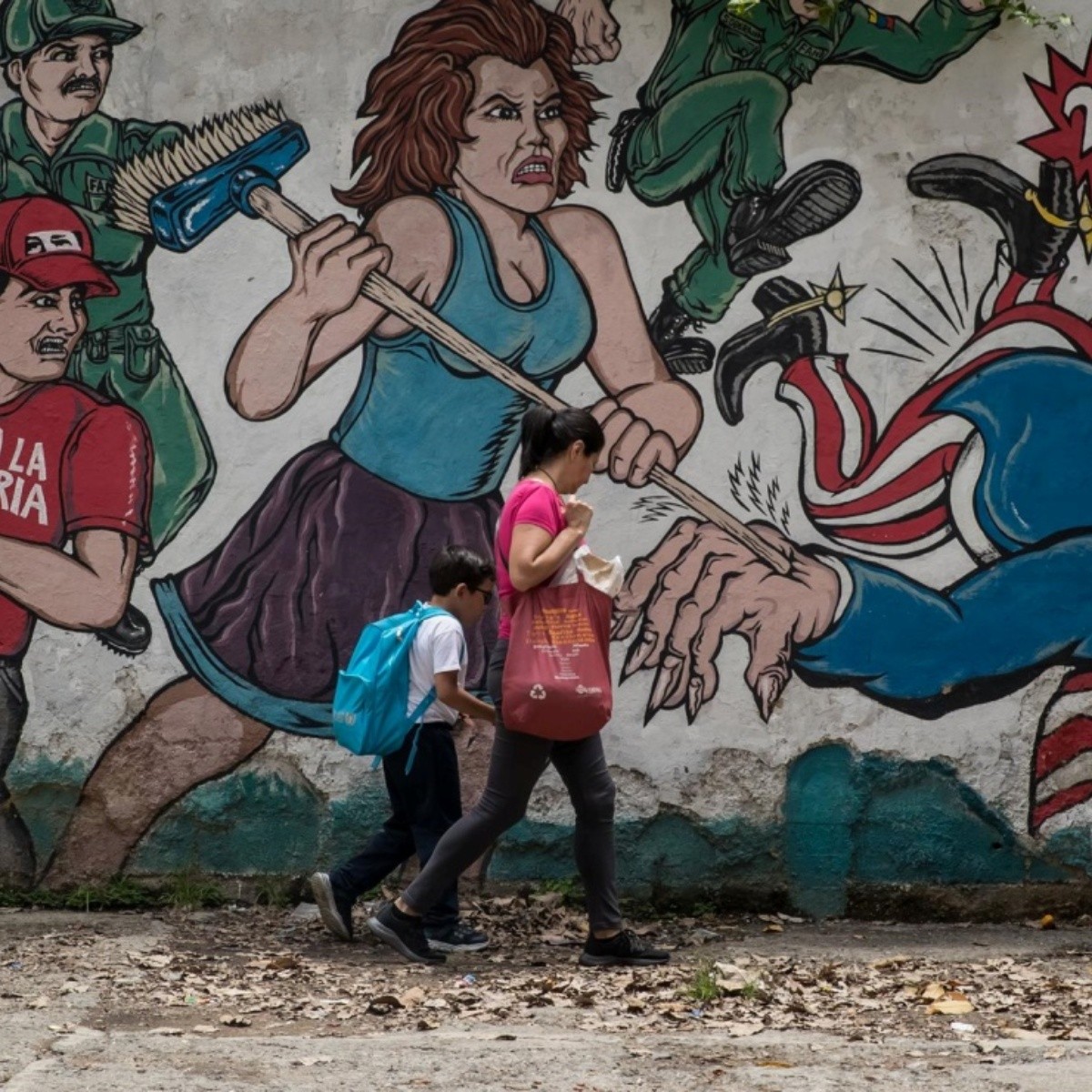 Caracas.- The visit of a delegation from the United States to Venezuela This Tuesday has been kept in strict secrecy, since both the Government and the opposition avoided the issue that, away from the microphones and journalistsis still in development.

After the Venezuelan president, Nicholas Maduroannounced the arrival of this representation on Monday night, the Executive did not offer any other details, so it is unknown how many people traveled to Caracas, their identities or the agenda they handle.

Nicolás Maduro only confirmed that the president of Parliament, Jorge Rodríguez, received “an important delegation” of the Government of Joe Biden to give “continuity to the communications initiated on March 5 and to the bilateral agenda” of both countries, which have not had ambassadors since 2010 although they maintain diplomatic representation.

The opposition Unity Platform assured that it was not summoned to any meeting with the Americans, of whom -it said- they have “an agenda of their own” that they do not know

“We would be wrong to report because we neither did nor know about it,” the secretary of the anti-Chavista bloc, Omar Barboza, said at a press conference about the programming of the North American representatives.

He explained that the coalition, “a political and not an institutional body,” is not closed to invitations to dialogue with these officials.

“We have not been summoned, we do not know the agenda and we respect any agenda that wants to develop the U.S. government“, he insisted.

Barboza reiterated that the opposition has no interference in what the US administration decides regarding Venezuela, nor in its bilateral relationship with the Maduro government.

Meanwhile, the opposition Juan Guaidó met in Caracas Venezuelawith the American diplomat James Story, as confirmed this Tuesday to Eph a source close to the anti-Chavista leader.

Story, diplomatic representative of the USA for Venezuela from his office in Colombia, is visiting the Caribbean country, always according to the same source that did not explain if the official is part of the delegation that traveled sent by the White House.

Guaidó, recognized as interim president of Venezuela by some countries, with the USA at the head, did not refer to this meeting and limited himself to supporting what was said at the opposition bloc’s press conference, in which they called for open primaries in 2023 ahead of the 2024 presidential election.

Chinese in the center

In addition to Maduro, the executive vice president, Delcy Rodríguez, the parliamentary chief and several ministers spoke today in televised speeches and through social networks on a single topic that was not the US visit: the 48th anniversary of relations between Venezuela and China.

The high representatives of the Bolivarian revolution praised and thanked the Government of Xi Jinping, always using the terms “brotherhood, solidarity and cooperation”.

The leader of the Legislative even put China as an example before the nemesis that the United States has meant for Chavismo.

“In those moments when Venezuela has been attacked, besieged, blocked, subjected to misfortunes caused by the interest of the imperial hegemony to bend the Venezuelan people without success (…) the hand of the People’s Republic of China was extended to help us get out of the immense difficulties caused by aggression,” he said.

Three months after the first step

The talks between Venezuela and the United States began on the weekend of March 5, when rumors began that the White House confirmed two days later, reporting that a high-level delegation sent by President Joe Biden had met with Maduro. in the Miraflores Palace.

This was stated at a press conference by Jen Psaki, the then White House spokeswoman, when asked about these direct talks between Washington and Caracas, the highest level between the two parties in the Venezuelan capital in years.

“The purpose of the trip (to Venezuela) was to discuss different issues, including, of course, energy security,” he said.

The same day that Washington reported the visit to Caracas, Maduro confirmed his meeting “with a high-level US delegation,” to which he conveyed his willingness to “advance an agenda that allows well-being and peace,” after years confrontation between the two countries.

Then, he assured that the talks started in early March would continue “forward”, in the search for “a positive agenda” between the Government of Joe Biden and his Executive.

One of the conditions that the USA sets for relations with Venezuela to be resumed and stabilized is that both the opposition and the ruling party return to Mexico City to restart the dialogue.