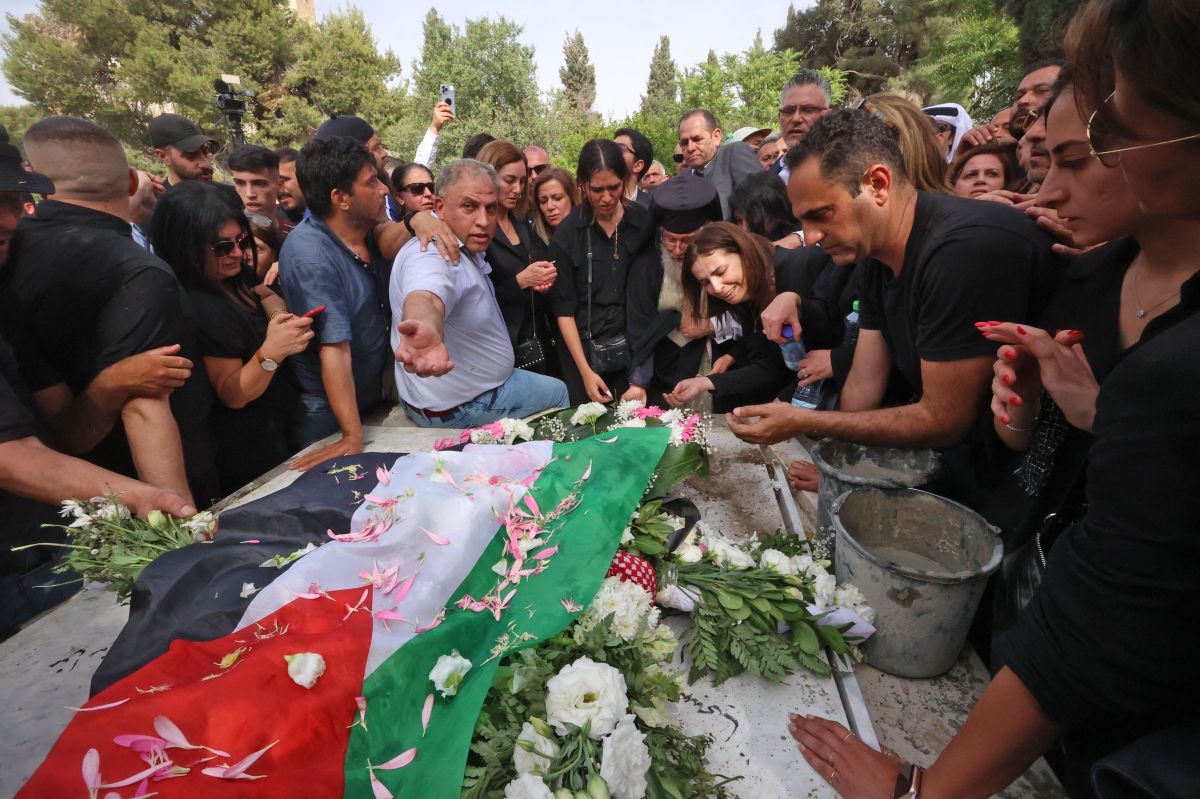 The United States offered this Friday support to the Israeli and Palestinian authorities to investigate the death of the Palestinian journalist Shireen Abu Ahleh, killed on Wednesday by a gunshot to the head while covering an Israeli army raid in the north of the occupied West Bank.

This was announced at a press conference by White House spokeswoman Jen Psaki, the same day that the initial investigation by the Israeli Armed Forces concluded that “it is not possible to unequivocally determine the origin of the shot” that killed her.

“We have engaged with them and offered them support. If they need our specific support, we will provide it,” said US President Joe Biden’s spokeswoman.

Psaki said the United States has not been involved in the investigations carried out so far, but said it is in “close contact” with Israeli and Palestinian authorities to follow up.

“We are available to provide the necessary assistance,” he insisted.

The Israeli investigation maintains “two possibilities” about the source of the deadly bullet: that it was armed Palestinians, “who fired hundreds of bullets from various places”; or an Israeli soldier returning fire at a Palestinian militiaman Akleh was close to.

The funeral of the renowned Al Jazeera journalist was held this Friday in East Jerusalem with thousands of attendees and a strong Israeli security device, which charged Palestinians for displaying their flags and singing chants.

In this regard, Psaki asked for “respect for the funeral procession” and the relatives of the journalist.

The journalist, identified as the press and wearing a vest and helmet, was shot in the face last Wednesday while covering a raid by the Israeli Army in the Jenin refugee camp, in the occupied West Bank, where Israel has intensified its “counterterrorism” operations. ” in recent weeks with about fifty deaths.

Israel insists that in order to determine what happened, a “professional ballistic examination” of the bullet that killed the reporter is necessary, something that is in the hands of the Palestinian National Authority (PNA), who was in charge of carrying out the autopsy and has promised a “thorough and transparent” investigation into what happened.

The Arab League and the Palestinian Islamist movement Hamas, which governs the Gaza Strip, have held Israel directly responsible for his death, something that the Al Jazeera chain and eyewitnesses to the events also did.