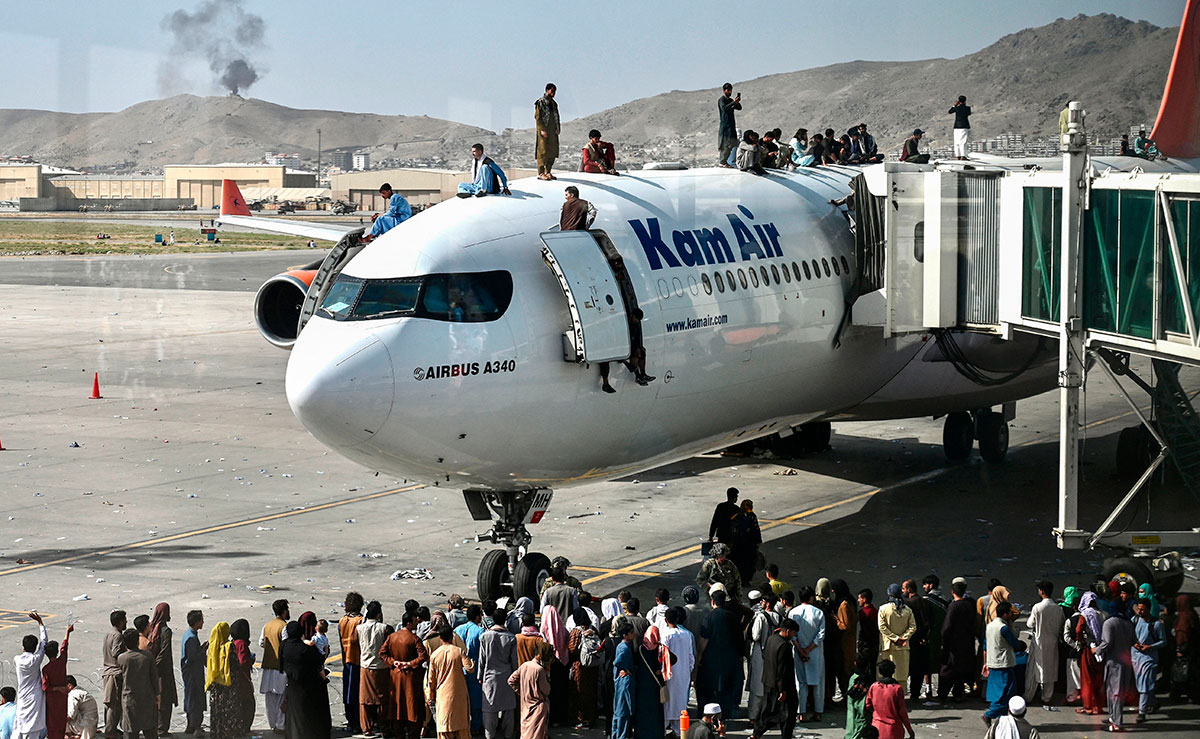 The United States took over the reins of air traffic control at the Kabul airport in Afghanistan to facilitate their evacuations and those of his allies, and vowed to speed up the departure of thousands of Afghans who assisted his troops during the war.

“The US forces have already assumed the responsibilities of air traffic control at the airport, with the help of Afghan allies,” Pentagon spokesman John Kirby told EFE.

Added that commercial aircraft traffic from that airport “continues, although it has experienced some sporadic interruptions and delays.”

Shortly before, the Pentagon and the State Department had announced in a joint statement that they were preparing to “take over the reins of air traffic control” at the airport, without yet confirming that they had already done so.

The objective of this measure is ensure the security of Kabul International Airport, in order to “allow the safe departure of US personnel and its allies in Afghanistan, in civilian and military aircraft, “said that statement.

Kirby said that the United States has already evacuated “several hundred civilians, including personnel (from its embassy) and American citizens” who were in Afghanistan.

To reinforce that operation, the Pentagon on Sunday authorized the dispatch of 1,000 more soldiers to Kabul, which means that, within 48 hours, there will be “approximately 6,000” US servicemen at the airport in the Afghan capital, Kirby confirmed.

Of those, about 3,000 were already on the ground in Kabul this Sunday, he said.

The US evacuation mission has as its main objective evacuate “thousands” of US citizens and the 4,000 employees who worked for the US embassy in Kabul, whose headquarters was moved this Sunday to the Kabul airport after the siege by the Taliban.

The State Department and the Pentagon also promised to remove “other particularly vulnerable Afghan nationals” from the country, and “expedite the evacuation of thousands of Afghans who qualify for a special US immigrant visa.”

The US government promised weeks ago that, before the end of August and with it its military withdrawal from Afghanistan, help evacuate up to 70,000 Afghan nationals, including interpreters and other workers who helped American troops during the war, along with their families.

In its note this Sunday, the State Department recalled that “2,000 of them have already arrived in the United States in the last two weeks,” and assured that those Afghan visa applicants who have already completed “security checks” will be ” transferred directly ”to US territory.

The US government “will find additional places” to transfer those who have not yet completed this process, so that they wait there to complete these procedures before traveling to the US, the statement concludes.

The process to obtain that visa is complex and can take years, so the United States has negotiated with third countries, such as Qatar or Kuwait, to try to temporarily host these refugees.

The US Secretary of State, Antony Blinken, told CNN on Sunday that Washington would also help evacuate other Afghans who do not qualify for special visas, but that they supported their staff and can now face threats from the Taliban.

However, the rapid fall of Kabul into the hands of the insurgents has complicated that evacuation operation, especially for those who have difficulty reaching the Afghan capital.