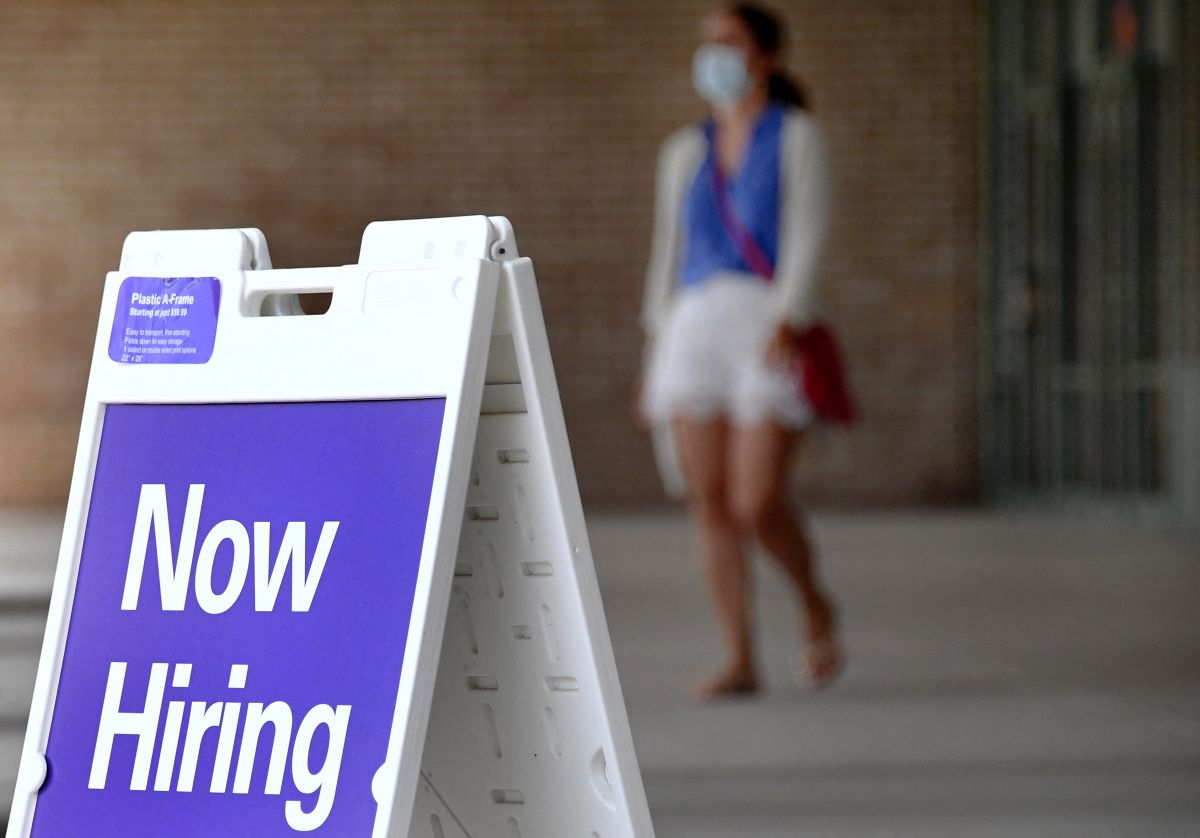 The Bureau of Labor Statistics (BLS) published the weekly number of applications for unemployment benefits in the United States increased from 249,000 to 353,000 from week to week.

In other words, in the week ending August 14, an average of 2.86 million people were receiving the unemployment benefit offered by the government.

In an average index of applications in the last 4 weeks, we can speak of 366,500 demands for social benefits, which continues to represent a minimum, if we compare it with the start of the pandemic and with the previous week in which there was an average of 377,750 requests.

When talking about a minimum in subsidy statistics, it must be remembered that after the start of the pandemic, the weekly figures for employment subsidies rose to a number never seen before. At the end of March 2020, there were already an average of 6.8 million requests for social benefits on a weekly basis.

During the month of July, some 943,000 new jobs were added to the economy. On the other hand, the mass vaccination programs in the country have given space for investors and consumers to trust in economic growth.

The unemployment rate in the United States fell, last month, 5 tenths to 5.4%. This is considered the lowest level since the beginning of the pandemic in March 2020.

In this sense, large companies are already beginning their preparation for the dates of the December holidays, which are characterized by an increase in global consumption. For example, the United States Postal Service (USPS) has announced that it will already be hiring about 1,500 workers per week and will do so until it has a full team for the busiest time of the year.

Likewise, the ALDI supermarkets have announced that they will have a week of hiring new personnel, with a goal of finding 20,000 new employees. The 2,100 stores and 25 warehouses across the country will have what they will call “National Hiring Week” from September 20-24.

But the two sides of the coin still exist, a few days ago the fast food restaurant Chick-fil-A announced the closure of some of its branches, for being in “the middle of a personnel crisis” and that its employees are “exhausted and they have no relief ”. Few people seem to attend job interviews and those who do have a very short time on the job.