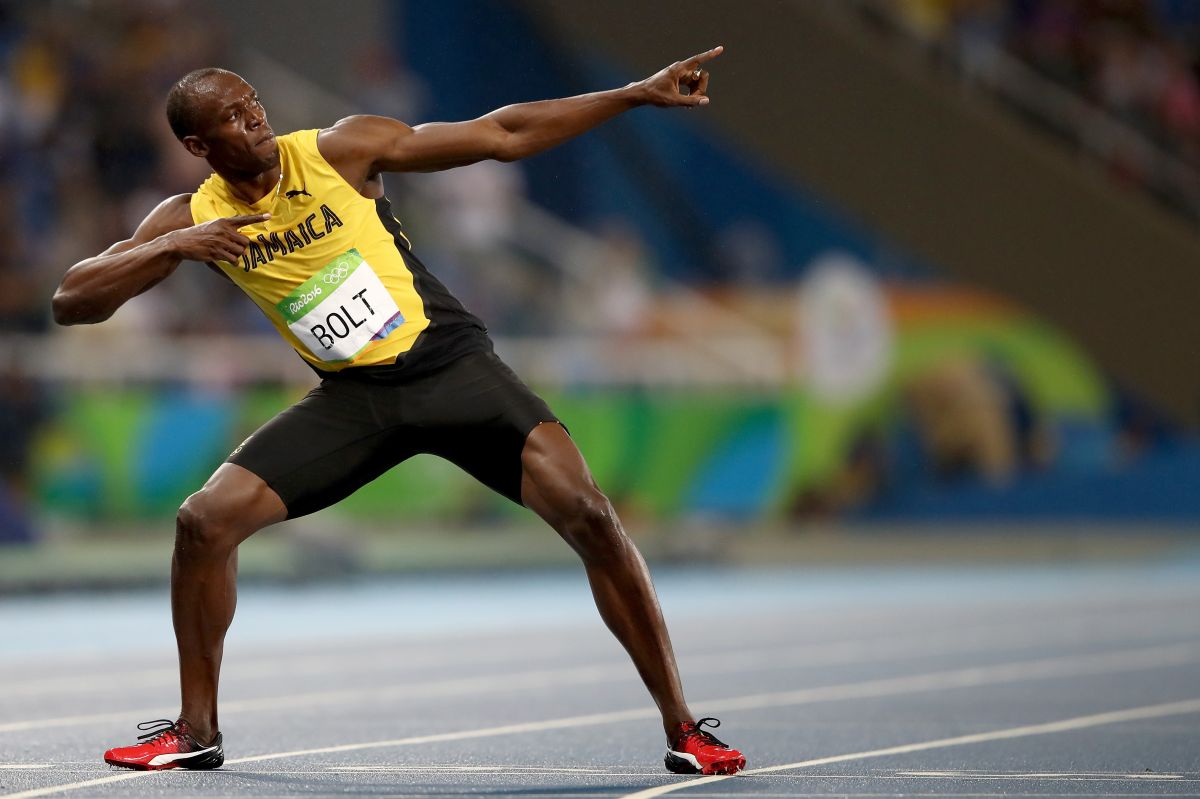 On August 16, 2009, under the lights of the Olympic Stadium in Berlin at the World Championships, Usain Bolt, 22, struck a lightning bolt pose and smiled before taking her mark. Then the Jamaican, already the fastest man in the world, broke his own world record in the 100 meter dashwinning the event in 9.58 seconds.

Bolt’s astonishing speed and laid-back, playful personality made him an international celebrity following his Olympic gold, but observers noted that he hadn’t finished his run in Beijing at full throttle. Soon, many speculated, Bolt could break his own world record.

It happened the following year, in the same stadium where pioneering sprinter Jesse Owens covered himself in glory at the 1936 Olympics.

After navigating through the preliminary heats, Bolt lined up for the 100m final alongside Tyson Gay, an American sprinter considered his main challenger at the time. On Gay’s other side was Bolt’s compatriot, Asaf Powell; together, they were the three fastest men in the world.

Although his starts were considered a weakness, Bolt started strong and improved over the course of the sprint. Even when Gay ran the race of his life, finishing in 9.71 seconds, Bolt pulled away from him and won by more than a meter. As an exuberant Bolt continued to race around the bend in the track, beating his chest and drawing adulation from the crowd, his official time was announced.

Subsequently, Bolt said he could run even faster, perhaps up to 9.4. He retired after the 2017 World Championships without reaching that mark, but his 100m world record endures.