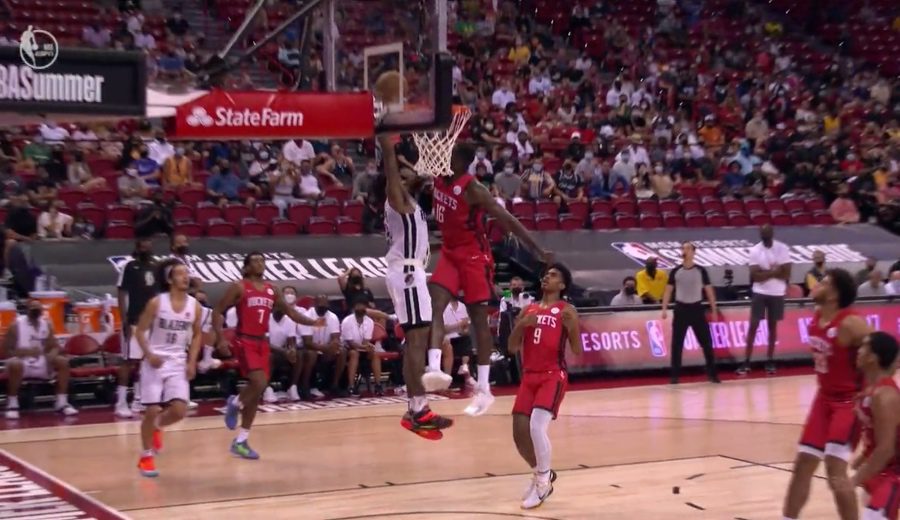 Usman Garuba continues to progress in adapting to the Summer League and NBA environment, adding against Portland 8 points, 10 rebounds, 6 assists, 5 steals and 1 decisive block to close the shock. The latter is the action that is spreading like wildfire, due to the spectacular nature of it and the moment in which it was carried out, with the Rockets three up in the absence of just 30 seconds for the outcome of the crash.

This is how a great game closes ⛔️😱pic.twitter.com/SM21SOpamq

Sergio Rabinal, editor at NBA.com, asked coach Will Weaver about the Spanish player. These were his words: «I value him enormously. Mainly to cross the globe to be here, to arrive and say: ‘I want to play, I want to help, I don’t care what I have to do, just tell me what you need me to do, but I want to play. He came up to me a couple of times saying, ‘Coach, I want to play. I’m fine. Put me on the court. ‘ And my only hope is that it would have the bellows to be there when it mattered. And when he’s finished I walked over and said, ‘See, you needed that energy to put that plug in. It’s the reason I took you out of the game early. ‘ And he replies: ‘I don’t agree, coach, but I respect him.’ He is the type of person he is and he has shown it at different times today as the very special defender he is and the physical tools he has.

10 stories and intrahistories of the games of our life. # Tokyo2020

Like? Give 🔄o❤️and tell us which is your best memory of the Olympics and we will give away three to the answers that we like the most!