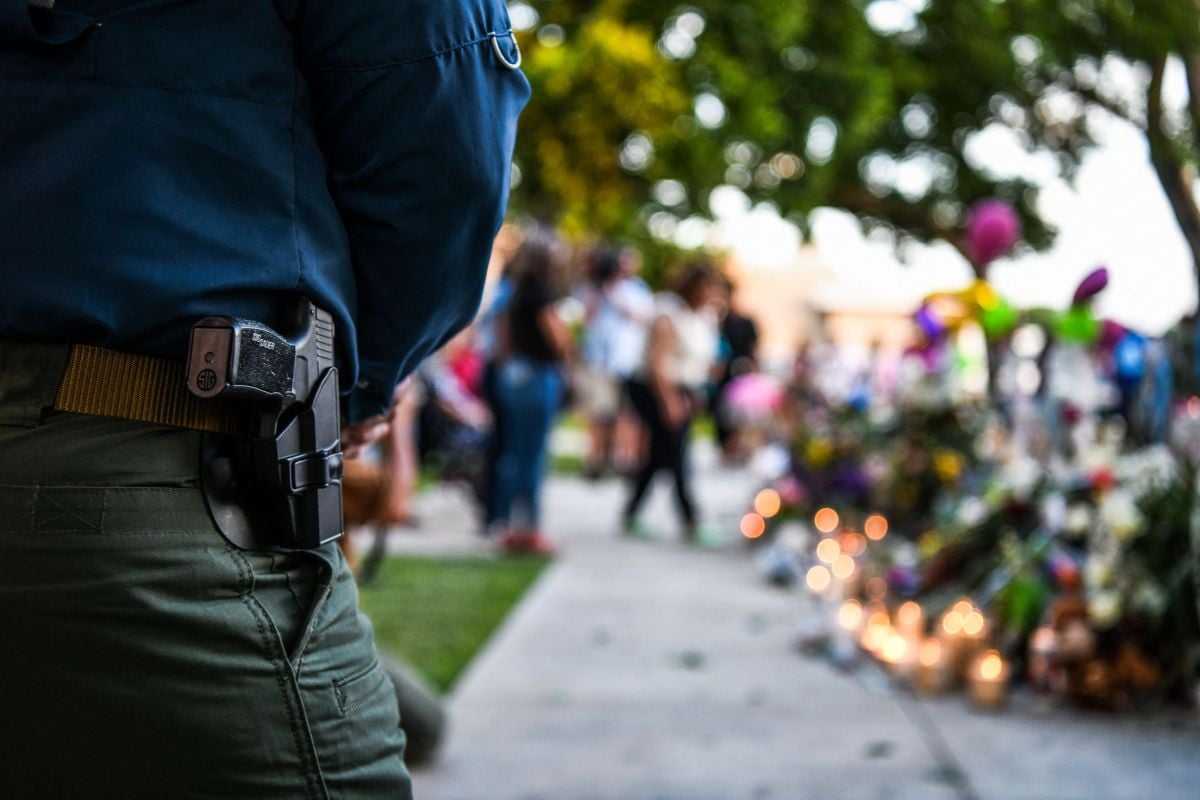 District Superintendent Dr. Hal Harrell officially announced that Uvalde, Texas school district police chief Pete Arredondo has been temporarily suspended from his post with pay while investigations continue into his actions during the massacre at Robb Elementary School, where 19 children and two teachers were killed

The license will be effective immediately, the school district said in a statement Wednesday. Lt. Mike Hernandez will assume the duties of the Chief of Police.

“From the beginning of this horrific event, I shared that the district would wait until the investigation was complete before making any personnel decisions,” Harrell said.

“Today, I still do not have details of the investigations that are being carried out by various agencies. Due to the lack of clarity that remains and the fact that it is not known when I will receive the results of the investigations, I have made the decision to place Chief Arredondo on administrative leave effective on this date.“, he continued.

Arredondo was the only witness at the hearing on the shooting held during an executive session of the Texas State House of Representatives on Tuesday. Later that night, the Uvalde City Council unanimously denied Arredondo’s request for a leave of absence from future meetings.

During a state Senate hearing on school safety, police training and social media in the wake of the shooting, Texas Department of Public Safety Director Steven McCraw read aloud a transcript of police radio communications, revealing that nearly an hour after the shooter entered the school, an officer told the police chief: “People are going to ask why it took so long.” “We are trying to preserve life,” Arredondo replied, according to the transcript.

Read more:
Uvalde: they will demolish the school where the massacre took place that left 19 children and two teachers dead
Timeline shows how quickly the shooter killed the Uvalde school and how slow the police response was
Senators reveal draft law against armed violence; the first major gun legislation in nearly 30 years