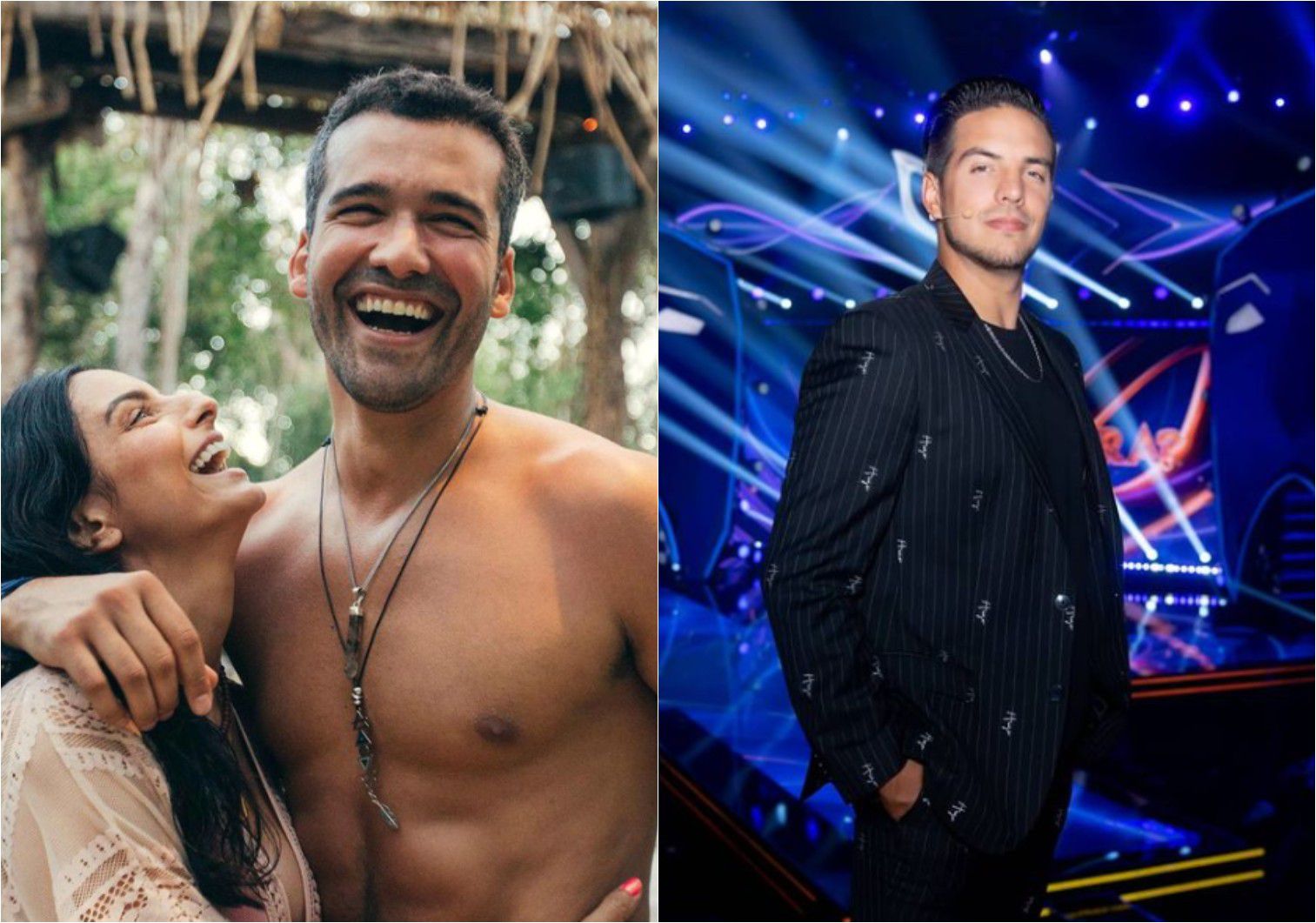 Yesterday, Aislinn Derbez announced to all her followers that she was in a new love affair with the renowned influencer Jonathan Kubben. The publication with which he made his relationship with the young content creator official, surprised everyone and you can read different messages written by some public figures of the show such as Eiza González, Zuria Vega, Vanesa Bauche, Joy, but the one who was noted for his comment was Vadhir Derbez.

The also singer and actor showed his protective side as a brother and surprised all users with his “jealous” side when they saw the image, where Aislinn appeared very smiling next to her boyfriend, Jonathan: “Lots of giggles ehhh jijiji jujuju”Said Eugenio Derbez‘s son in the comment box.

For now Aislinn did not reply to her brother’s message, which was in a joking tone. The 35-year-old actress, yes, she let herself be seen very much in love with the photograph she shared in social networks along with a great description where he appreciates the presence of the content creator in his life.

Thank you Jonathan for the laughter, the adventures, the fun and the love that you have brought into my life. Since I met you, I was too surprised by your creativity, your intelligence, your very different way of living life through everything you do. We don’t know how long it lasts, but NOW is too chingooón”Wrote the Mexican actress.

The publication caused a sensation among its thousands of followers, who left their impressions in the comment box. From this space, Jonathan Kubben reacted, in a sarcastic way, to the message that his girlfriend left him: “I don’t know her. It’s Photoshop“, wrote.

Aislinn later replied: “How do you not know me and what is Photoshop?”, Prompting laughter from both of them. “Well OK. It’s well done. This is also fake, ”Kubben said while pointing to his clothes, which were part of a wardrobe that he wore during the filming of a production. “It’s not me, you took my picture. He’s an actor, ”he added.

Jonathan Kubben is a content creator, who became popular on social media for taking photos in every destination he visited with the ad “Mom, I’m fine.” His adventures are characterized by being mostly extreme and all over the world. His mother is Mexican and his father from Belgium, as well as him.

From the age of 14 he became Professional swimmer, managing to win third place in the National Swimming Championship in Belgium. Thanks to his talent he was considered to become part of the Mexican delegation in the Youth Olympic GamesHowever, an injury to his shoulder cut short his dream.

Kubben has decided to undertake different projects, such as the construction of plastic schools in Tulum; The same ones that have earned him the award for “influencer of the year” and “the most philanthropic” in 2020.

It was last April when the publication TV Notes revealed that Aislinn and Jonathan were supposed to have started their courtship, although the Derbez family would have known Kubben for years. Both have shared photos together in different destinations for several months, but they also made an effort to defend the image that they were just friends.

It should be noted that Aislinn Derbez started this new romance after she announced that she had separated from her ex-husband. Mauricio Ochmann in March 2020. During their marriage, the actors had a daughter named Kailani, so they remain in contact and have a cordial relationship, as they have shown on social networks.

The photo that revealed Aislinn Derbez’s new romance: who is her boyfriend

Aislinn Derbez claimed her boyfriend for a comment: “What do you mean you don’t know me?”