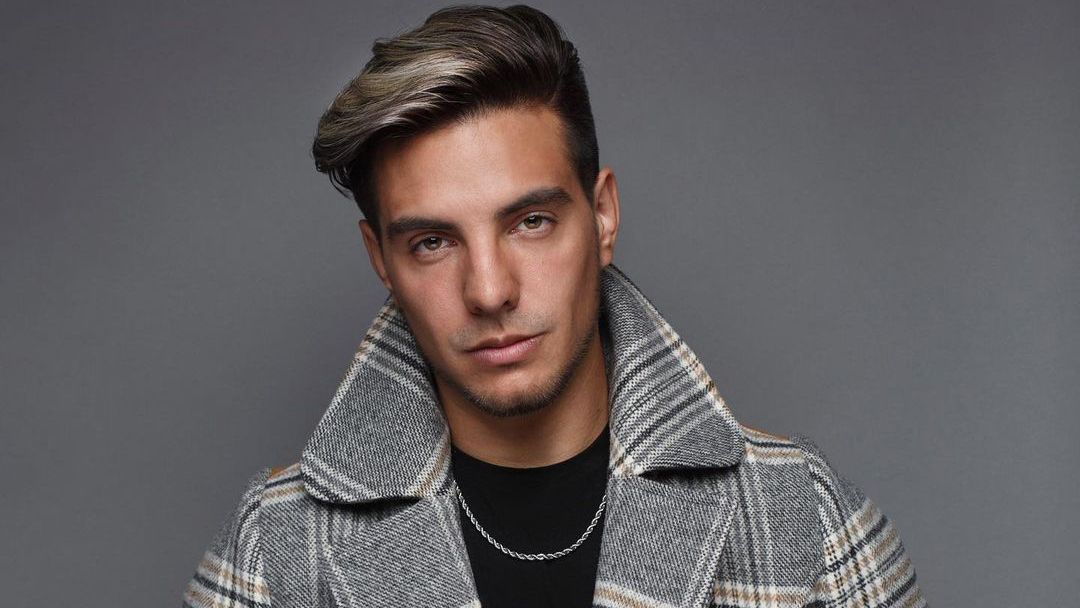 Vadhir derbez revealed if he has cost or facilitated having said surname in his career as a singer. The comedian’s son has opened up to various artistic disciplines, music being where he has made the most effort in recent months. The actor also assured that his popularity as a singer is not only due to being a relative of Eugenio Derbez.

“There is a job behind it, there is a team, there is a passion. The results are showing little by little. The product is growing more and more, “he said. Vadhir Derbez for the morning show The sun rises. “All this costs”he added.

Throughout 2021, the actor also shared several singles. His musical project, simply known as VADHIR, released three unpublished songs, all of them were collaborations with other musicians. “There are many, many more things to come”, He mentioned about his plans for next year.

Vadhir Derbez said he was happy to see how his music had an impact, mainly on young people. “When someone puts out a song, what you want the most is for it to go well. How rich to be able to see the reception of the people. See how much the message, the lyrics, the music, everything is connecting who listens to it and makes you want to share it. We are happy to see the result, “he said.

Recently, Vadhir Derbez participated in the song My loneliness beside Ezio Oliva. It gained popularity for its message. against violence against women. “Let’s be clear, with this song we are not going to change the world, but I do believe that we can add a grain of sand”Oliva said. Similarly, Eugenio Derbez’s son spoke out in favor of feminist marches.

Ana Maria Alvarado, journalist and host in The sun rises, opined that, unlike other dynasties, Eugenio Derbez’s children have benefited from their father’s fame. However, both Vadhir, José Eduardo and Aislinn have struggled to take their careers personally.

Vadhir derbez debuted in the world of music in 2016. Since then, the celebrity regularly premieres music every year, except in 2018 when she did not release any songs.

In his facet as a musician, the one belonging to the Derbez dynasty explored various musical genres. It was finally the urban and reggaeton where he felt most comfortable. Even Vadhir sang in English in the song Where you at in collaboration with the exponents Ekin and Roxy.

Last year he released one of his biggest hits so far, Good luck. The single was accompanied by the voices of Yera and Mario Bautista. A couple of months ago he shared the songs Moon, next to Ir Sais, and I confess duet with Ximena Sariñana. Currently, Vadhir added more than 185 thousand monthly listeners on the Spotify platform.

Through his Instagram account he exclusively premiered the musical piece I confess, beside Jess Reyes, who is his ex-girlfriend. “We wanted to give a gift to close the year. So they know, I wrote this song with Jass Reyes who is my ex. It’s amazing to be able to connect again to create”, He wrote in the audiovisual.

On the other hand, Vadhir Derbez continues with participation as an actor. He recently acted in the horror movie Exorcism on the seventh day, where he played “Father Daniel”. In the same way, he was the protagonist in the film The waiter, released through Amazon Prime Video. It was also part of the controversial tape Like it was the first time, film originally acted by Adam Sandler.

Eugenio and Vadhir Derbez they acted together in How to be a Latin Lover. Both gave life to the character “Maximum” only in two different temporalities. In the film they shared credits with Salma Hayek, Rob Lowe and Kristen Bell.

“The horse and I”: this is how Vadhir Derbez reappeared next to a tender friend and the reaction of José Eduardo Derbez