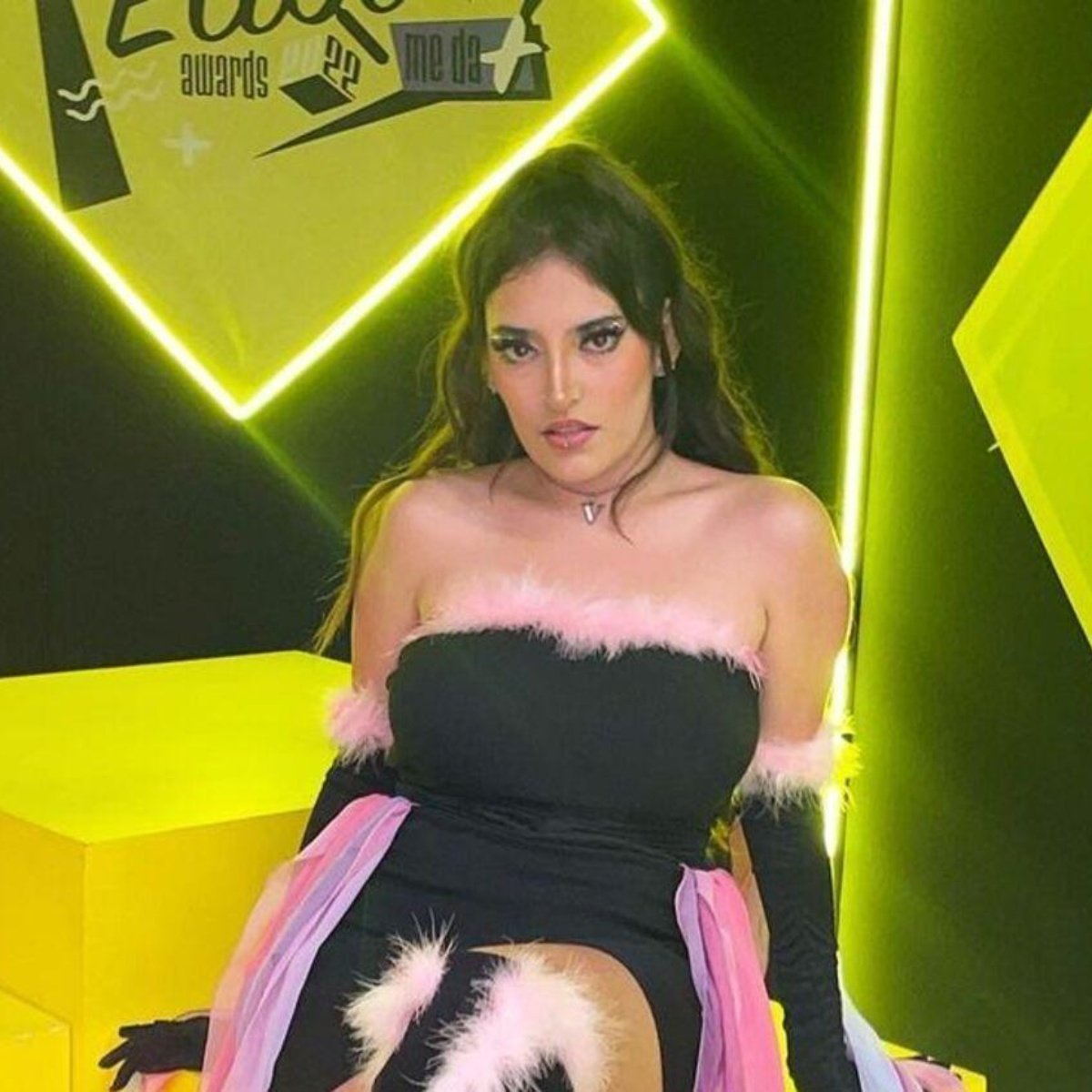 Valentina de la Cuesta, daughter of Sergio Andrade, wore an outfit that stunned several people during the yellow carpet of the Eliot Awards 2022. She was invited to be an outstanding content creator on platforms such as TikTok and Instagram.

If we remember her TikTok account, the daughter of Sergio Andrade has more than 1.5 million followers and more than 80 million reactions, which makes her stand out as one of the privileged of the networks.

It should also be remembered that in 2021, Valentina de la Cuesta ventured into the musical world, premiering her single Espectro Nebular, and has discovered new talents in her short but prolific career.

On the yellow carpet, Valentina de la Cuesta was asked what she thinks of the Gloria Trevi series about to premiere. She made a strange comparison with Jeffrey Dahmer’s series and was reluctant to the topics that refer to her father, Sergio Andrade.

Swipe right to see more photos and a video.

As if that wasn’t enough, the media was surprised by the look of Sergio Andrade’s daughter and attracted attention when she arrived on the yellow carpet of the Eliot Awards 2022.

And is that the beautiful Valentina de la Cuesta attended the awards in a discreet black dress with pink details and black boots with a pink teddy and has shared photos and various moments wearing her dress. Most of her followers have supported her in the comments on her Instagram picture.

It should be noted that the influencer was not alone at the party and shared her happiness with other influencers, as through her Instagram stories, she shared moments with several content creators, such as “Mauricio Soberanis,” “Jerry Castler,” “Historia para Tontos,” “Preguntale al Biologo,” “Dama G,” “Denisse Zatarain,” “La Moni” and “Leslie Mckenzzi.”