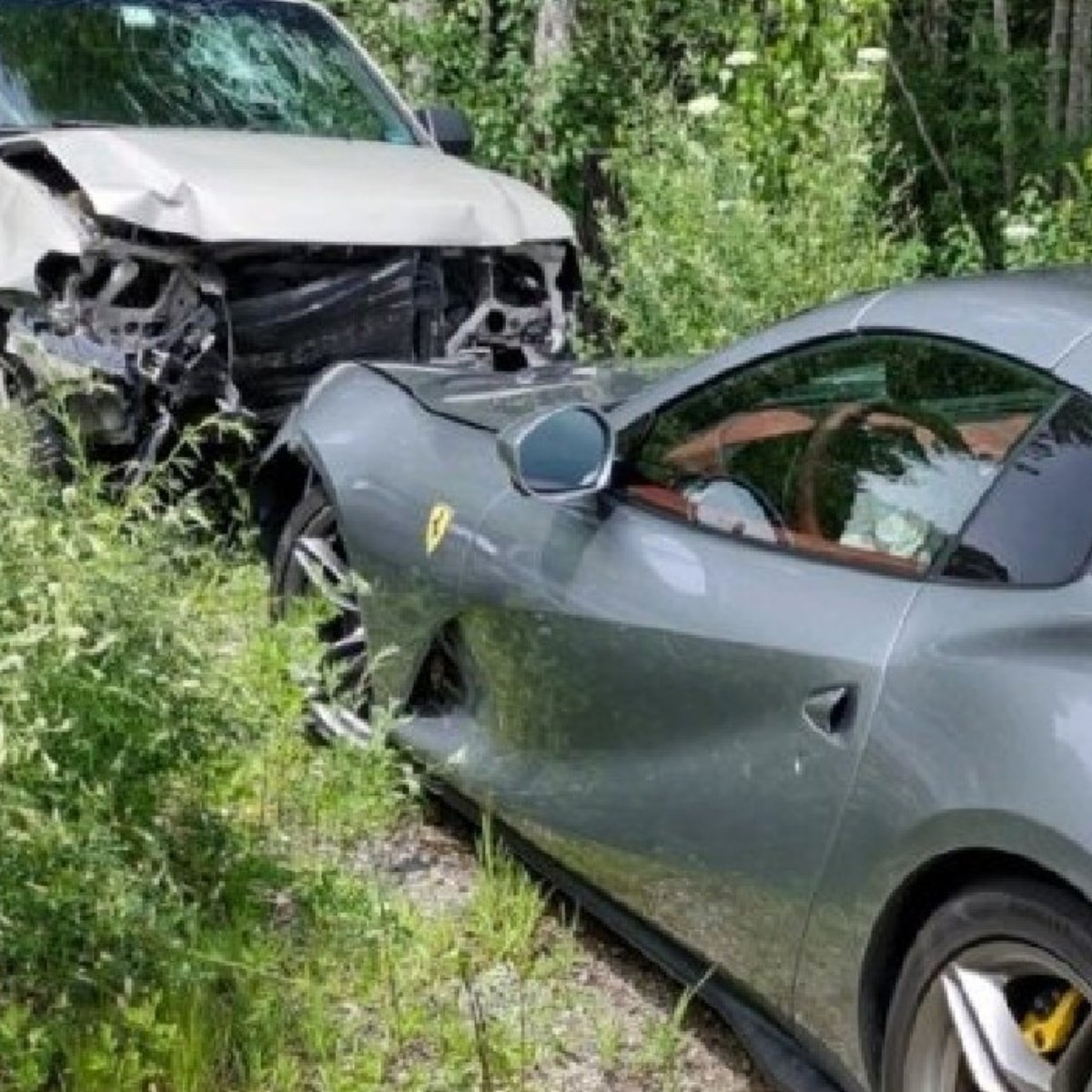 According to the owner of ferrari 812 GTS 2021, handed over the keys to his luxurious vehicle to the valet parking so that he will keep them in his office until the next morning, but when he went down for them there was no one in the place.

A few minutes passed and seeing that his ferrari was not decided to call the authorities of this county of York, MaineUnited States, to help him recover it, soon began the search.

Authorities did manage to find the vehicle, which ended up abandoned on a weedy road, the Ferrari had considerable blows in the front, as well as deployed airbags and a broken windshield.

Details about the stolen Ferrari

It has been reported that it is likely that during the night the valet parking has taken the keys from the box where they were protected to go out for a walk with the Ferrari but when he crashed he decided to abandon it and flee.

About Ferrarisin AmericanPost.News We inform you that a man gave three of these luxurious vehicles in exchange for a seat, in the end it turned out to be a fraud.

It may interest you: Eduin Caz complained because his Ferrari spends a lot of gasoline; he prefers the Tsuru of him.

the owner of the ferrari found in poor condition said his car has a 789-horsepower V-12 engine and can go up to 211 mph and is valued at 700 thousand dollarswhich is equivalent to more than 14 million Mexican pesos.

“I don’t think we have many vehicles like this around here,” said a detective sergeant of York County to a local outlet, “I imagine someone saw an opportunity to take a walk,” he added.