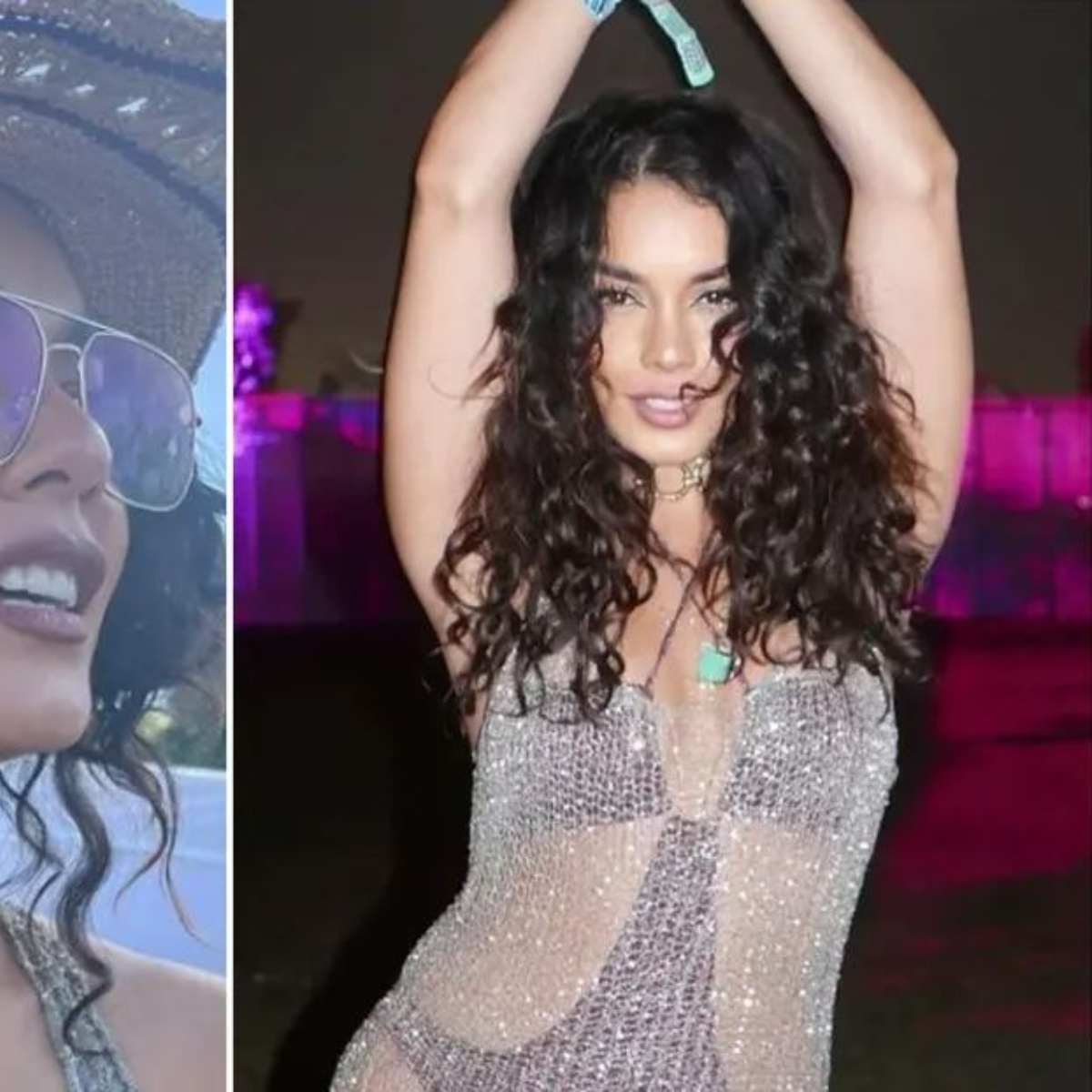 for their outfits at the iconic music festival, Vanessa Hudgens Over the years, she has earned the nickname “Queen of Coachella” stealing the spotlight thanks to its daring outfits. The former Disney actress has been a regular attendee at the event and her nickname dates back to 2013.

To top it off, she wore a Valentino crossbody bag with black lace-up platform boots, and the icing on the cake was a layered gold cowboy hat, rings and necklaces.

Vaness Hudgens and her amazing looks at Coachella

Hudgens also attended a Soho House party in shorts and a butterfly-shaped top finished with diamonds. Later that night, the actress changed into a fuchsia ensemble of wide-leg pants, a bikini, a caftan and a hat, all in the same shade. She is very fashionable and paying attention to the latest trends in strong and monochromatic colors.

On the second day, the young actress surprised again with another monochromatic yellow ensemble over a green bikini. Her followers did not wait and commented on networks: “She is the owner of Coachella.” Another fan wrote on Twitter: “Vanessa Hudgens has been the epitome of how to dress at Coachella for as long as I can remember.”

Vanessa Hudgens advises how to dress at festivals

Earlier in the week, the actress shared several style tips for going to the 2022 Coachella Festival with E! News, where she assured that the most important thing for festival attendees is simply to express themselves. “Everyone’s creativity is different. I think you just have to accept and honor yourself and your taste and go from there,” she said.

Hudgens added that she finds the nickname “Queen of Coachella” “adorable.” “It’s very nice to see you,” he said. “That is what we all want: to be seen and feel safe to express ourselves. Coachella has always been a place where I have felt safe to express myself.”