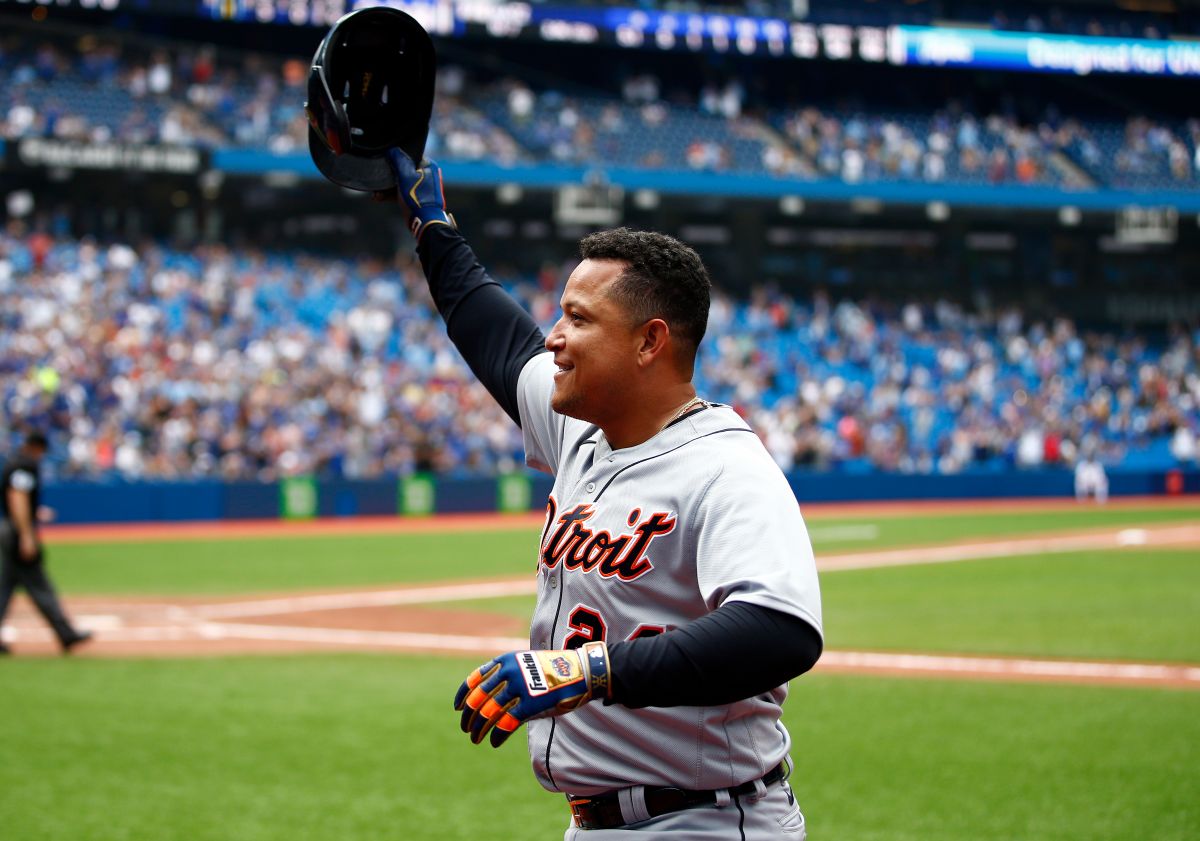 The most special day of Miguel Cabrera finally arrived: this Sunday “Miggy” hit his 500 home run. to become the 28th player in MLB history in hitting such a number of home runs in his career.

In the sixth inning, with one out and against left-hander Steven Matz, Cabrera hit a line drive to the opposite side of the Rogers Center in Toronto, Canada. The ball traveled more than 400 feet and landed near Detroit’s bullpen.

It was the relief for the 38-year-old Venezuelan, who sought his 500th home run in nine games, including Sunday’s historic game against the Toronto Blue Jays. His smile said it all. He managed to join an extremely select club, shared only by the greatest to have played the sport.

His hit was poetry in motion. As soon as the connection came out, everyone in the park knew it was a home run.

Take it away Dan Dickerson! pic.twitter.com/SDpuJsk7fz

Immediately, the Detroit Tigers paid tribute to Cabrera with a special video, prepared for the occasion, in which he was congratulated by some of the members who entered the select 500 home run club: Albert pujols, Alex Rodriguez, Jim Thome, Gary Sheffield and David ortiz.

Welcome to the 500 Club, Miggy! pic.twitter.com/oFT8nGre16

Many former colleagues, managers and current colleagues of “Miggy” also attended the call on a very special day for him.

From Torii, Nick, JV, Gardy, Leyland and all of your teammates:

Cabrera became the 28th player in MLB history to hit 500 home runs. Plus, he’s the first to do it in the Detroit Tigers jersey. Similarly, he is also the first Venezuelan to achieve the aforementioned mark.

On the all-time home run list, “Miggy” is four home runs behind Eddie Murray, nine behind Gary Sheffield and 11 behind Mel Ott. They could all be beaten this season.

As for Latino home runners, he is the sixth to join the club, after David Ortiz, Albert Pujols, Sammy Sosa, Rafael Palmeiro and Manny Ramírez.

Miggy is a special company. pic.twitter.com/wOZdhpVfJH

Miguel CabreraAfter being congratulated by all the members of the Tigers, he went out briefly to receive the affection of the fans, who recognized the story before their eyes.

The Maracay native responded by returning their respect. After hitting 500 home runs, the closest mark on his target list is the 3,000 hits.

He currently has 2,955 hits, and with 36 games left to finish the season, it will be difficult to achieve the feat this season. However, it is all a matter of time. In Cabrera’s book of records there are still wonders to be told.

Miggy received a standing ovation from the Toronto crowd. 👏 pic.twitter.com/kZ0ASXyO2v