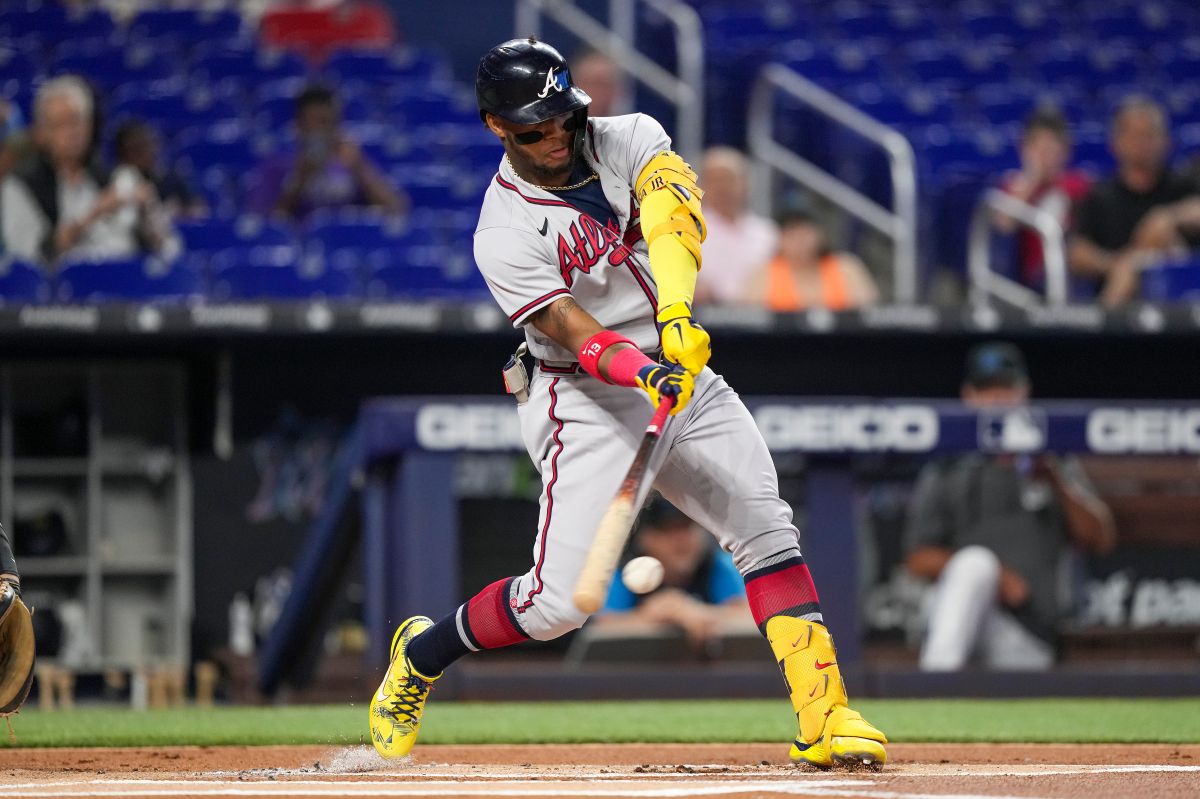 Venezuelan outfielder Ronald Acuña seemed to show signs of recovery after a difficult month of July, and with two hits in five visits to the plate, he was the protagonist this Saturday in the Atlanta Braves’ 2-5 victory over the Miami Marlins.

In the first inning, as the first batter, Acuña Jr. did not have to wait long since he took advantage of a fastball that he sent 442 feet for center field that shows signs of improvement at the plate in this month of August.

Acuña, born 24 years ago in La Guaira, today completed his eighth game with at least one indisputable in the 11 games who wears his team in August.

The man who occupies the first place in the batting order of the Braves has already four games with two or more hitsand has managed to reach the bases in nine of those challenges.

Acuña has an on-base average of .396, which he has taken advantage of to contribute with seven races to the Atlanta team.

With two doubles and a home run, Acuña has driven in five laps, an amount that could be more, but his status as leadoff means that many of his hits come without runners on the trails.limiting his opportunities to drive in runs.

His speed on the bases has also been highlighted, as he has arrived safely on all three occasions in which he has gone to steal bases.

In the 11 games during the eighth month of the year, the Braves have accumulated 6 wins and 5 losses, and overall a ratio of 68-46.

Accumulate 2 home runs, 4 doubles and 10 runs scored in 76 games. In addition, he has an on-base percentage of .381, in the opening inning of games.

From $70,000 to Unimaginable Riches: Shaquille O’Neal Reached Out to John Salley and Made Him a Millionaire