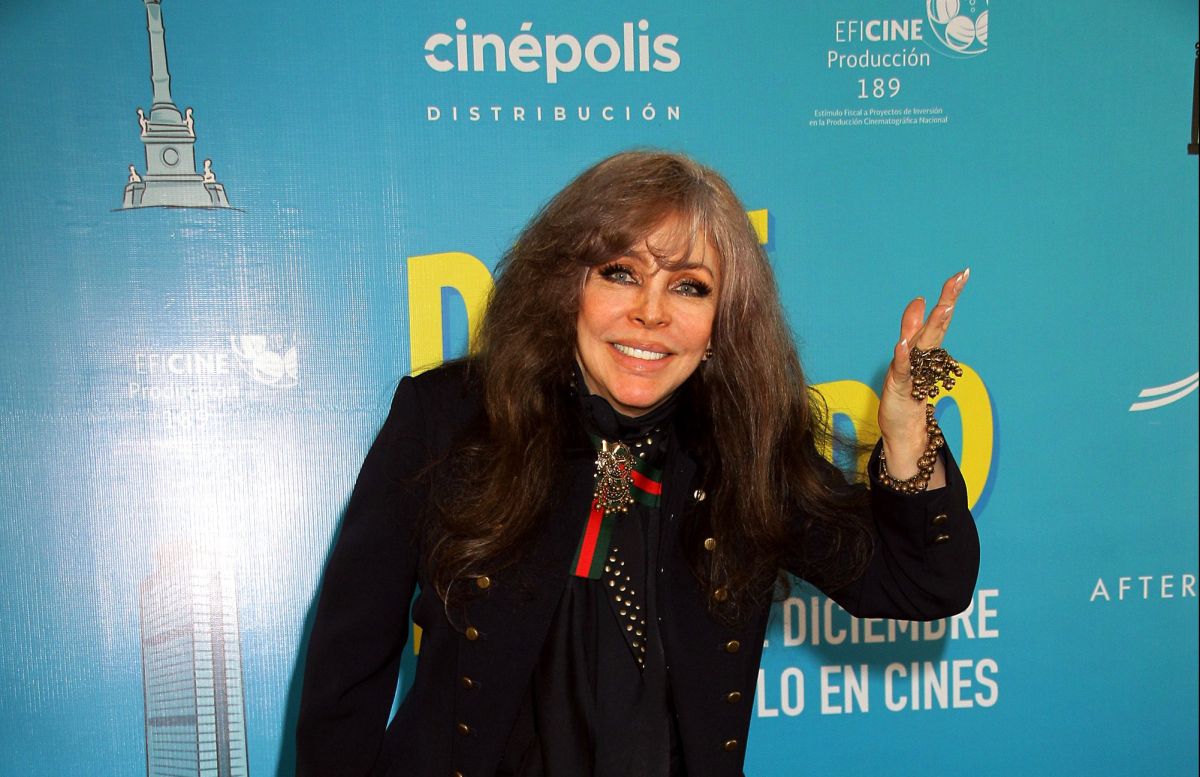 Verónica Castro is about to release the film ‘When I am young’ in which she shares credits with Natasha Dupeyrón and which could be the last in her career.

“This film is like a refresh for me, because I recorded it three years ago and it may be the last film I make in my life,” he said in an interview for Caras magazine, where he also spoke about how complicated it has been to deal with with the pandemic, with his health problems in the spine, as well as his appearance in said film that he filmed three years ago, as they tried to cover the effects that the passage of time has caused on his face and body.

“Even my eyebrows covered them. And yes, one more gray hair or one less gray hair, what difference does it make. If they had waited a few more years for me, I would have come out with completely natural white hair,” she commented.

Cristian Castro’s mother had been away from the screen for a while. Her last job was in the movie ‘Dime When You’, where her son Michel Castro officiated as director of photography.

In the film ‘When I am young’, and which could mark her retirement from the industry, Castro plays the character of Malena, a widow over 70 years old who is perceived as a burden to her family when, suddenly, she mysteriously recovers her physical appearance of when he was 20 years old.

“If Verónica, the artist, speaks, she will say that everything is divine, splendid and wonderful, that she is very happy. But if the woman should speak, it has been the most difficult time I have lived in my entire existence, ”he explained at the same time that he recalled the fall he suffered when he was riding an elephant, during the recordings of the reality show ‘Big Brother’, in 2005 , and that caused several health problems.

“I have many operations, because since I had the fall of the elephant, I underwent several surgeries; now I have false cervicals, the entire neck is made of titanium, I lost almost the entire spinal cord and had to rebuild my back. There were several operations and the truth is that not one of them looks good, although the doctor who operated on me did wonders,” Castro added.

However, the television star finally shared how she accepts the passage of time and what her image represents today: “I like my 70 years, my gray hair and wrinkles. I like my abandonment of my head, because sometimes the wave goes away and I don’t remember things, but I have a wonderful audience that reminds me of my entire career. That public has made me return to the past and I get very happy, “she confessed.

The truth is that behind the impeccable career of Verónica Castro there is a lot of effort and dedication.

Named Verónica Judith Sáinz Castro, the renowned actress was born in Mexico City on October 19, 1952. The actress, singer and television presenter began her career at the age of 15, after showing a great interest in the world since she was a child. show business, and today he is one of the most recognized names in the world of telenovelas at an international level.

Keep reading: They report delicate health to Verónica Castro
– This responded Lucía Méndez to the theory that Verónica Castro is in love with her
– They reveal the possible whereabouts of Inés Gómez Mont and her husband