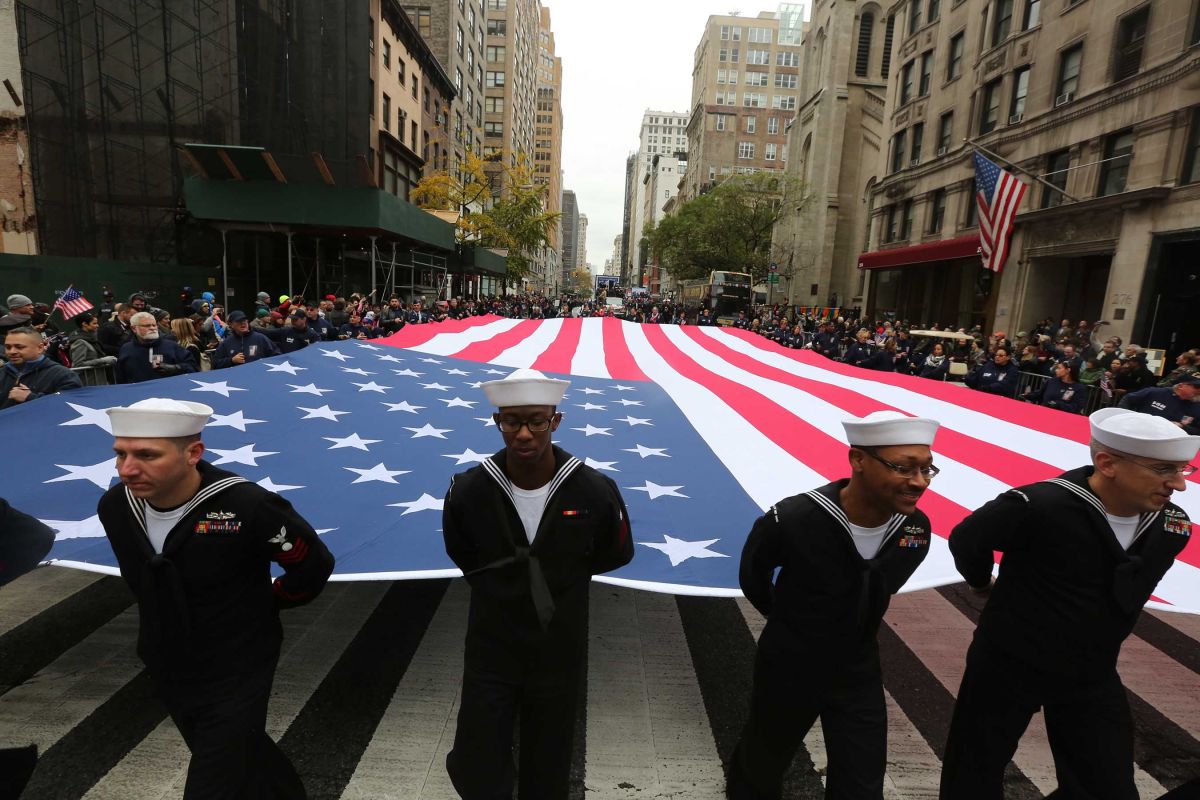 On Thursday, November 11, Veterans Day is commemorated and many businesses, as well as restaurants, will give discounts and promotions that, in short, you cannot ignore. As it is a national celebration, practically all retail stores will launch a promotion.

It can be considered that Veterans Day, it is a measurer of the consumption capacity of Americans in the face of Black Friday and Cyber ​​Monday, two important sales dates for many retail businesses across the United States.

Although there will be widespread discounts on Veterans Day, it is clear that former members of the military and those in service will have preferences at some food establishments and even retail stores.

An example of this is that at Applebee’s, members of the military and veterans can eat free at participating locations on Veterans Day. While, California Pizza Kitchen will offer a free entree and drink to all veterans and active military personnel.

At Red Lobster, veterans and active duty servicemen who dine at the restaurant can receive a free appetizer or dessert. On the other hand, unlike other establishments, Starbucks will not only pamper veterans and military personnel with a free hot tall coffee, but one will also be given to their spouses.

Now, home stores such as Bed Bath & Beyond will give discounts of 25%, it is not specified if the discounts will apply to all the products of the stores, but it is advisable to bet on the accessories for the bedrooms.

On the other hand, from November 11 to 13, in OfficeMax the veterans and active personnel can get 20% discount on regular purchases and at a sale price in the store. Rack Room Shoes will give discounts of between 10% and 25% for members of the armed forces and their families.

To top it off, Nike is offering a 10% discount online and in stores to all active, reservist, veteran and retired US military personnel. The promotion is extended to your spouses and dependents.

Retail chain Target announced that a 10% military discount is available to active duty U.S. military personnel, veterans, and their families in most of the United States. In-store and online purchases through November 13.

On the other hand, AT&T will be offering a 25% discount on the cost of phone plans when you have 4 lines. This promotion may include spouses of the military.

For those who are planning to go on a trip, American Airlines will give special discounts on airline ticket prices from flights in and out of the United States to military and veterans who are enrolled in Veterans Advantage.