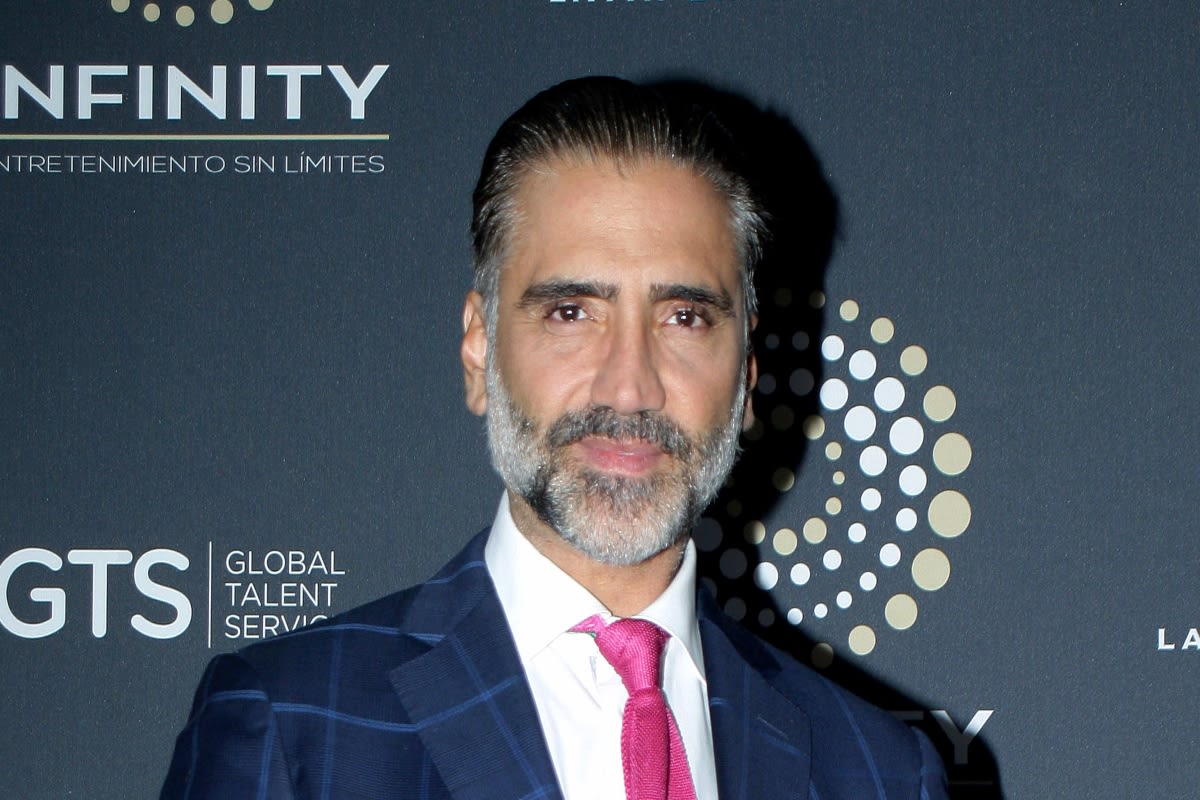 Well, they have been very complicated weeks for the Fernández family with the hospitalization, caused by a fall at his ranch, of Vicente Fernández, and despite the fact that Vicente Fernández Jr assured that they would not disconnect him, the question arises if Alejandro Fernández is saying goodbye to his father.

It was a message that El Potrillo shared on his social networks that would confirm the suspicions and which was taken up on social networks by programs such as El Gordo and La Flaca, hosted by Raúl de Molina and Lili Estefan. What is actually happening?

“Always in my thoughts and my prayers,” Alejandro Fernández tells Vicente Fernández

“Always in my thoughts and my prayers, give it a try boss, we all miss you, you don’t know how glad I was to see this photo !!! @_vicentefdez I love you and cheer up, you’re doing very well, “wrote El Potrillo in this publication that has so far more than 90 thousand likes.

Several celebrities took the opportunity to wish El Charro de Huentitán a speedy recovery and express their support for Alejandro Fernández in this difficult moment that does not seem to end, among them the actor Jaime Camil and the influencer Poncho Denigris.

They tell Alejandro Fernández to have faith

As “very slow” it is said that it is the recovery of Vicente Fernández, who has been hopsitalized for two months in a private institution in Guadalajara, Jalisco, in Mexico. After he shared this message, Alejandro Fernández began to receive expressions of affection from his fans and something else.

“Blessings and speedy recovery”, “Faith in Daddy God”, “You are a great warrior”, “When I saw this, I thought the worst, my prayers”, “Oh my God, I said: ‘kicked the bucket’,“ I believed that he had already died ”,“ Let him go in peace ”, you can read in some comments.

But not all have been bad times during the hospitalization of El Charro de Huentitán, since just a few weeks ago Alejandro Fernández shared that he had returned with his girlfriend, the model Karla Laveaga, after they had ended their relationship in 2019.

Through his social networks, Vicente Fernández’s youngest son congratulated her on her birthday: “Girl! Congratulations on your day! I wish you with all my heart the best today and always. I admire you very much for all that you are and I know that the best is yet to come! #Happy Birthday”.

“These are the moments I live for”: Alejandro Fernández

With a tender image that he shared on his official Instagram account, Alejandro Fernández showed a little-known facet in him, that of a grandfather, since he was seen with his little granddaughter Cayetana, who is the daughter of Camila Fernández.

“These are the moments I live for. Sharing minutes with my family before going on stage is all I need to recharge my energy and give my all. Never forget to say how much you love yours! ”Wrote El Potrillo, sowing doubt if the message was dedicated to his father, Vicente Fernández.

Hours after it was reported that Vicente Fernández had been hospitalized, Alejandro Fernández uploaded a photo in which he was accompanied by the singer, to whom he simply said: “I love you, pa.” Days later, El Potrtillo would vent in different ways:

“You always have to have faith that things will turn out well… because faith moves mountains !!! Cheer up, boss! You always come out of difficult moments and this does not have to be the exception. I love you and we want to see you back at the ranch. You are our example of strength and that you never have to give up! ”.

Vicente Fernández Jr clarifies the situation of his father

In just a few minutes, Vicente Fernández’s son wanted to make it clear what is really happening with the famous singer, so he made a live broadcast, which is available on his official Instagram account.

“We are doing this live because in the question section, quantity and quantity of questions have been asked me about my father’s health. They are lies, they are news of bad need to be getting the public to say things that are not.

Are they going to disconnect Vicente Fernández?

Visibly annoyed, the singer also assured that no one will disconnect his father Vicente Fernández, much less no one made that fatal decision: “We are all united as a family waiting for my father’s favorable response.”

Be grateful for the signs of affection

To end this live broadcast, Vicente Fernández Jr did not want to say goodbye without first thanking all the people who are keeping an eye on his father’s health: “They do not believe in the news released by the media that, unfortunately, are not professionals.” .

“Your wife is very good,” they say to Vicente Fernández’s son

Despite the delicate situation that El Charro de Huentitán and his family are going through, one user cared little and told Vicente Fernández Jr that his wife, the model and businesswoman Mariana González, “is very good.”

Not counting that inopportune comment, the Internet users wished the interpreter of Hermoso Cariño a speedy recovery: “First, God has to go all right”, “Love and many blessings of life and good health for Chente and his entire family”, “God lo bless and heal ”(TO WATCH THE VIDEO CLICK HERE).

A few days after Vicente Fernández is hospitalized for two months due to a fall and other health complications such as Guillain Barré syndrome, which attacks the nerves, prevents movement and can cause paralysis, his doctors report that he is already taking therapy to improve .

It was on August 9 when El Charro de Huentitán entered a hospital in Guadalajara, after suffering the accident at his Los Tres Potrillos ranch. Currently, he is in intensive care under strict medical surveillance, according to the report that his doctors provide regularly on the singer’s official account.