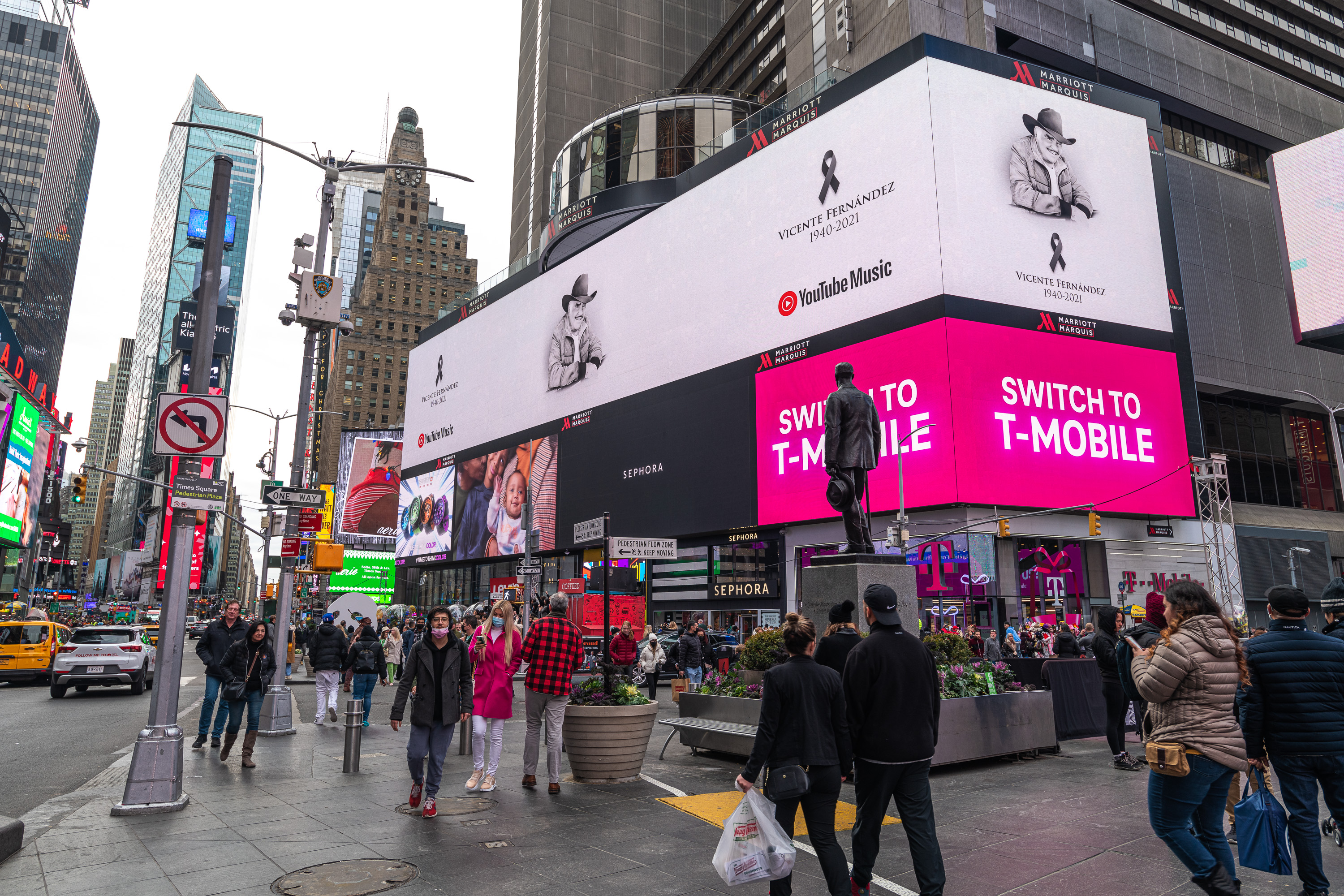 Vicente Fernandez It is an icon of ranchera music and a symbol of Mexico. The songs of El Charro de Huentitán are sung around the world and what better way to pay tribute to the singer than in the capital of the world – New York City.

YouTube Music paid tribute to Chente after his passing with posters in prominent places such as Times Square. The tribute also appears in downtown Los Angeles, as well as the Macarthur Causeway Bridge in Miami.

After the sad news of Vicente’s departure was released, the public sought his music to remember him. Visits to YouTube had a considerable increase. During the 24-hour period of December 12, the deceased singer’s official channel reached 44.89 million views, an increase of more than 1,061% over the daily average of visits of the previous days.

The most viewed videos of Vicente Fernández in the last 12 months: