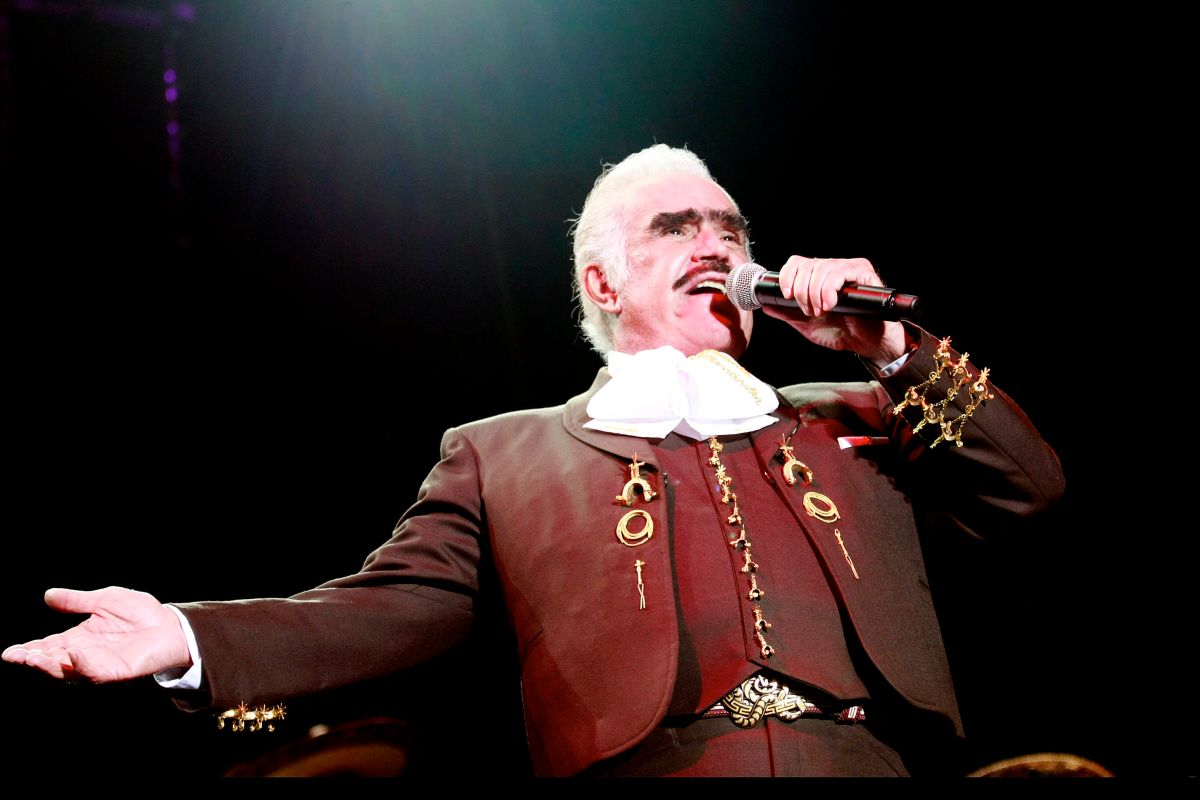 Since last August 6 when it was announced that Vicente Fernandez He was admitted to the hospital, a series of rumors have arisen about the singer’s true state of health, which is why the family has been forced to go out to deny some rumors that assure the singer would be on the verge of death.

As it happened the night of October 11, when Vicente Fernandez Jr. used his social networks to clarify once again that, what was said by the magazine TVNotas it is totally false.

And it is that, according to the publication of this Tuesday, an alleged “friend of the Fernández family” assured them that the Charro de Huentitán would have been declared brain dead, so your doctors would have nothing to do but wait for your heart or other organs to stop working.

“Last Tuesday, October 5, the family was given the worst news of all: unfortunately, Don Vicente was declared brain dead.”

After the scandal generated, Alejandro Fernández‘s brother shared a message through his official Instagram profile, where he said that what the magazine said is yet another invention.

“Good evening. It is very sad to see how news is invented, totally invented with the profit motive of my father’s public ”.

And he assured that those responsible for the publication will have to deliver accounts on what was presented, since they are only deceiving the public.

“The pseudojournalist who signed and the magazine TVNotas will have to prove the veracity of her report. It sucks that they mislead the public in such a way. And I support it together with my whole family ”.

The truth is that, according to the official statement on October 11 authorized by the family and doctors who treat him, the interpreter of “These Jealousy” presents a slow evolution due to the type of illness and sequelae.

And amid speculation they reiterate that Vicente Fernández is stable, awake, conscious and maintains a constant interaction with his family.

“By the type of disease and sequels presented so far, has kept it in a steady state, with a slow progression whereby shows no major changes in health“, Explains the medical part.