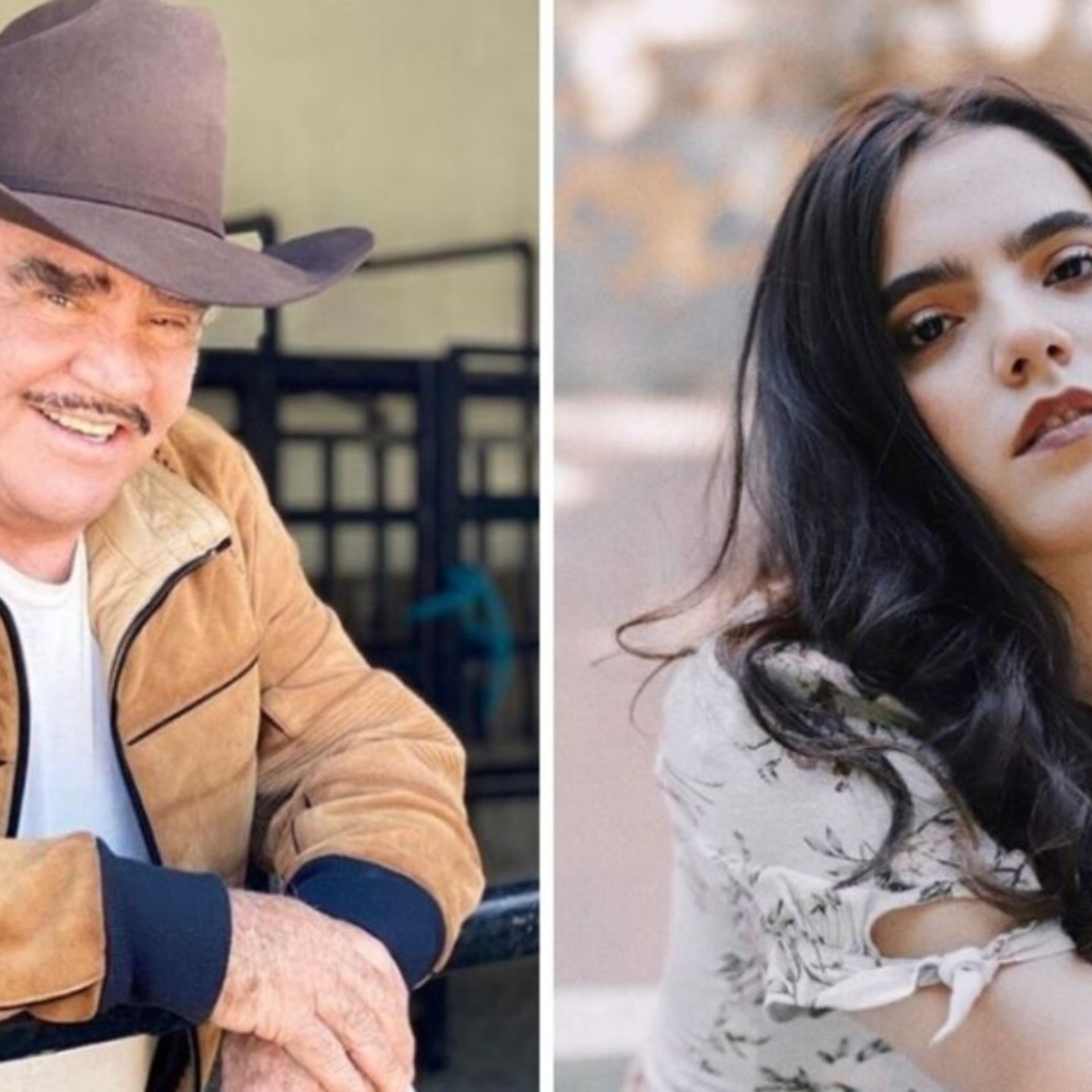 It was in December 2021 when Vicente Fernández passed away, which meant a hard blow for the show business world and his family. However, his granddaughter Camila Fernandez assures that the singer is still present in their lives, as she reveals that he appears to her daughter.

In American Post News, we told you that the death of Vicente Fernández shocked the entertainment world, as he has been one of the most important figures in the industry.

However, several members of the Fernández dynasty have decided to follow in the singer’s footsteps. They are now dedicated to extolling his legacy, such as his granddaughter Camila Fernández, who recently told a shocking anecdote.

During an interview, Camila Fernández said that her daughter, little Cayetana, apparently has “contact” with Vicente Fernández. The proof would be a peculiar anecdote they experienced a few days ago.

“The little girl saw the wall, her eyes were filled with emotion, and she waved, kissed the wall, and made him like a horse (her mouth popped). My Tata always sees him on horseback in pictures, and we always tell him to make like my Tata, so he made him like a horse, and then he went, ‘Uh-huh.’ It made my skin crawl,” she said.

Although Vicente Fernández’s granddaughter recognizes that her daughter could not live with her great-grandfather for a long time, she reveals that the little girl recognizes him perfectly.

“My daughter has him very present, thank God. We say: ‘How funny’ because she didn’t live with him that much, but she sees him and knows who he is. If I say, ‘Who is Tata,’ she points him out,” he said.

Who are Vicente Fernández’s grandchildren?

One of the features Vicente Fernández was known for aside from his music was his large family.

Don Vicente Fernández built a great family with Doña Cuquita; they had four children: Vicente, Alejandro, Gerardo, and Alejandra, who gave them nine beautiful grandchildren who were the singer’s adoration. Let’s meet them one by one!

He is the second of the family to honor the name of Vicente Fernández. He was born in Guadalajara but grew up in the United States, first in San Antonio and later in Los Angeles. From what little is known, he is a gastronomic businessman and is not interested in exposing his life or dedicating himself to the artistic environment.

She lives in the United States, works in fashion design, and is married. She has two small children, Antonella and Emilio, who were the first great-grandchildren of Don Chente.

Ramon Fernández has a very close relationship with his brother Vicente Fernández; together, they opened a coffee shop in Guadalajara. He also has a clothing brand he promotes through his social networks. As far as is known, he likes to compose songs, although he has never immersed himself in the world of music.

If little is known about her siblings, even less is known about the life of Sissi Fernández. She got married a few years ago, and her wedding was news all over Mexico. She has a young son.

Alex Fernández, the first son of Alejandro Fernández and America Guinart, was born on November 4, 1993, in Mexico City. He inherited his grandfather’s and father’s passion and talent for regional Mexican music. He is married to his longtime girlfriend, with whom they recently welcomed their first daughter.

Camila also inherited her family’s passion for music, so she is very focused on her singing career.

On the other hand, America chose a different path than her sister. From what she tells in her networks, she lives in Los Angeles and is a digital content creator.

Alejandro’s youngest son is the fruit of his relationship with Ximena Díaz. The young man, currently 22 years old, stays away from the spotlight, so not much is known about him.

Valentina, born in February 2002, grew up in the United States with her mother, and when she came of age, she decided to move to Mexico to be closer to her father. Despite her young age, she has already demonstrated her passion and talent for music.

And what happened to Vicente Fernández’s other two children?

Not much is known about Gerardo Fernández, he has had some political scandals that have put him in the eye of the storm, but he has always been very reserved. At the same time, Alejandra Fernández had no children when we redacted this news piece.

How did Vicente Fernández die?

Singer Vicente Fernández died on December 12, 2021, after being in the hospital for several weeks due to a heavy fall, where he was also diagnosed with Guillain-Barre Syndrome.

Vicente Fernández had a successful career as an actor and singer, one of the greatest exponents of ranchera music.

The musical influence of Vicente Fernández is still present in his family, as his grandchildren and son Alejandro Fernández continue with his legacy.