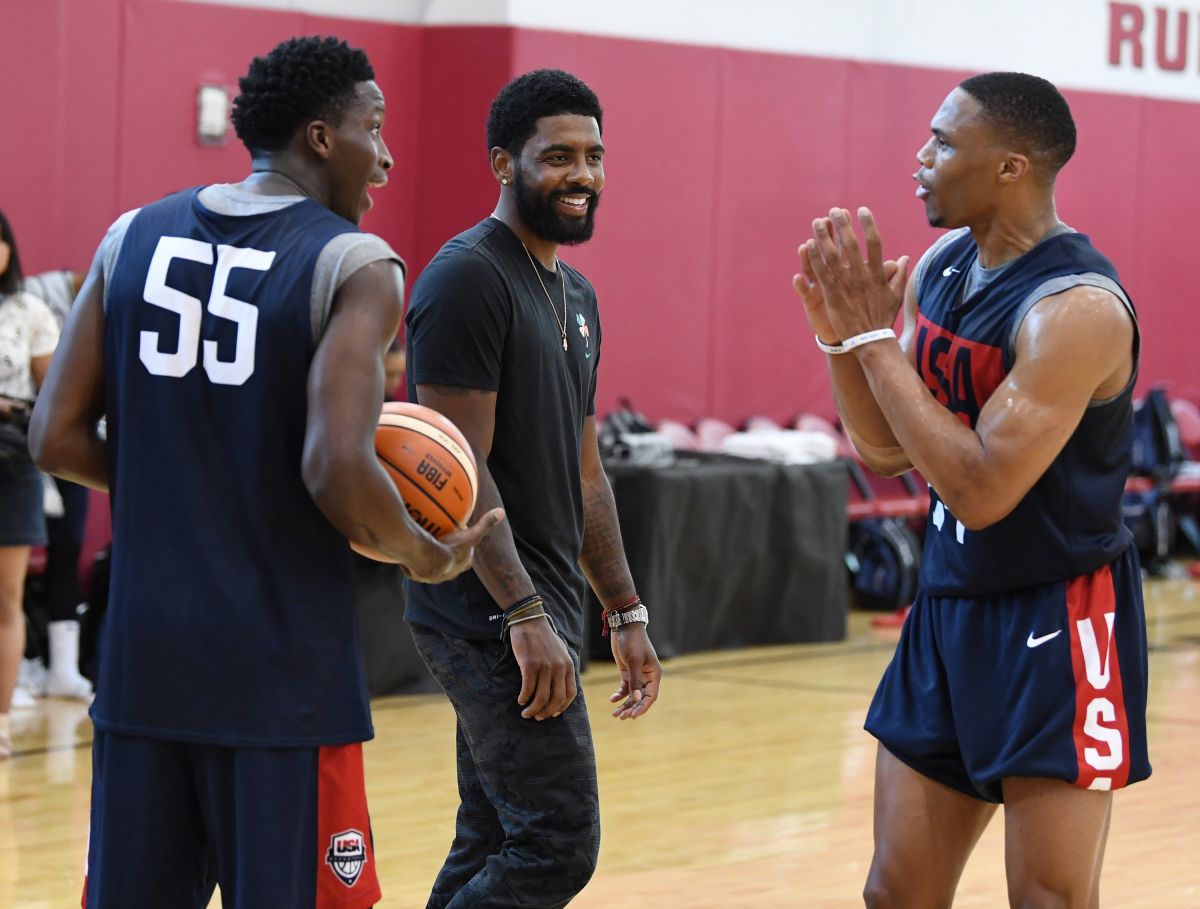 The escort of the Miami Heat, Victor Oladipo lashed out at critics of Russell Westbrook, and assured that he is confident that the 33-year-old point guard will have a good season with the Lakers. It should be noted that both players coincided in Oklahoma City. Oladipo has great memories of a Westbrook who was in his best years, with a basketball that has not been seen in the Lagoon cast but that he is expected to resume this season.

It should be noted that the average Russell Westbrook last season was 18.5 points, 7.4 rebounds and 7.1 assists, plus a total of 295 turnovers. The pressure for the Lakers guard to improve his game is great and criticism is the order of the day after the recent failure of the team. All this pressure that places him in the eye of the hurricane has to do with his high contract, which is 44.2 million, and currently represents the fourth highest salary in the entire NBA.

Victor Oladipo and Russel Westbrook have trained together this summer

According to the NBAManiacs portal, Oladipo has trained tirelessly this summer at the Miami Heat facilities and he has also worked alongside his friend Russel Westbrook in Los Angeles. Victor Oladipo wants to show that he is still an important player in the best basketball in the world and has teamed up with Westbrook who this year also has many pending debts with the Lakers fans.

Questioned by Vince Carter on The Vince Carter Show, about the conditions of Russel Westbrook, he did not hesitate to affirm that does not doubt or question the conditions of the Lakers player. He emphasizes that the 33-year-old basketball player has qualities and talent to spare. Similarly, he pointed out that both are in what he calls: “his revenge tour.”

“Right now, we’re on the same wavelength”, assured the Miami Heat player in reference to those who consider critics by trade. “When I say that, you said it best. You have to sit down and talk to him to understand where he is, but he is there,” Oladipo said of Westbrook.

The aspirations and challenges of Victor Oladipo

Oladipo assures that he wants to show again that he is one of the best in the worldsomething of which he is very sure and hopes to face it in a season where he can remain healthy, injury-free, something that has not happened since 2018.

“I think my injury has generated a misconception of who I am as a player.. Obviously, it is difficult. A lot of athletes deal with injuries, but a lot of them come back and do great after an injury and have great careers. So why couldn’t I be me again, she asserted.

Oladipo has in common with Russel Westbrook the desire to return and prove their worth, both in different conditions but with the same goal, one with the Lakers and the other with the Heat.

You may also like
. Legendary Bill Russell’s number 6 will be retired on all NBA teams
. New coach of the Lakers conditions LeBron James and asks that now the attack pass through the hands of Anthony Davis
. Forgot about Stephen Curry? Juan Toscano-Anderson cataloged LeBron James as the best in history