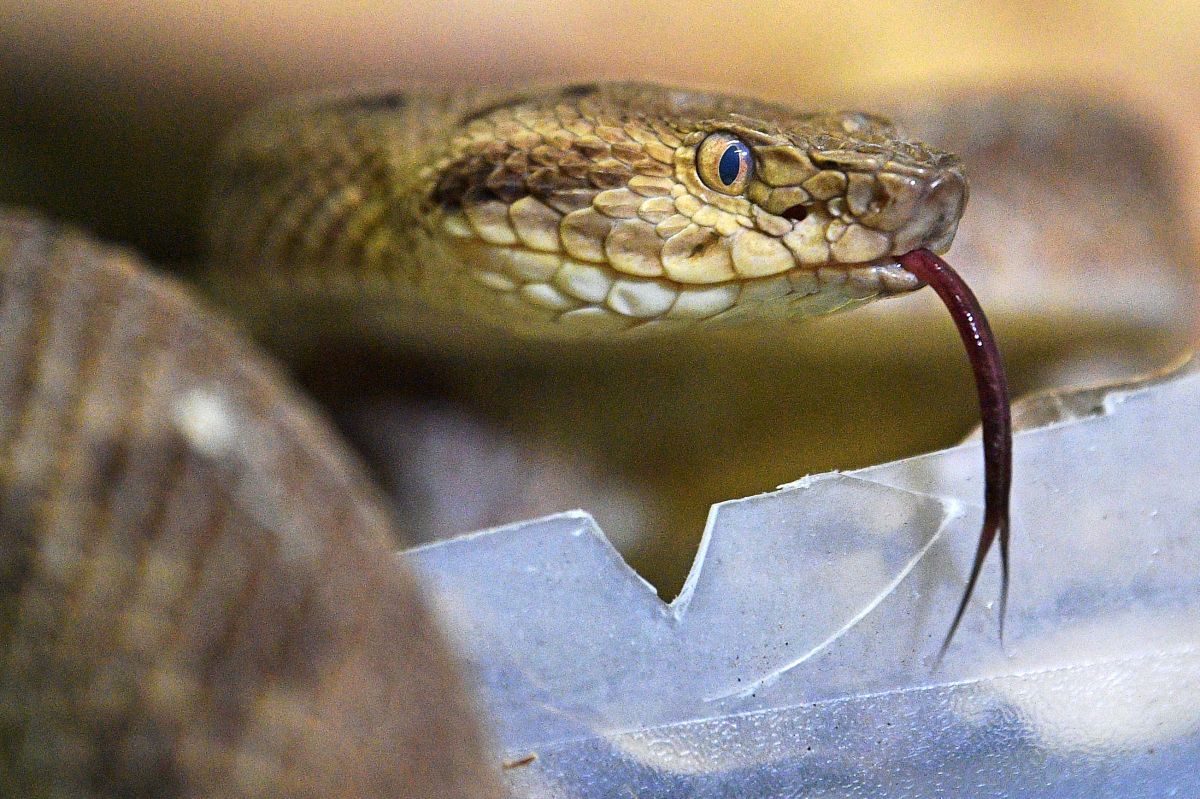 A man from the Californian city of Chula Vista got a particular surprise when he lifted the pillow from his sofa and found a 7-foot-long rat snake resting below.

The man immediately called snake removal expert Alex Trejowho was also surprised by the huge reptile, and whom he manipulated to save both the animal and the owner of the house.

“I literally pick up the cushion and there is this 7-foot giant Vietnamese blue beauty snake coiled up right behind the cushion,” Trejo told local television station KGTV.

Trejo posted a video of the unusual encounter with the snake on his Instagram account, where the animal can be seen trying to attack the expert in removing this type of reptile.

The video shows Trejo lifting the long yellow and grayish snake from the sofa, and although the expert assured that it is not poisonous, the video shows that it tried to bite him.

“He didn’t get my skin, but he actually got my shirt lining,” Trejo said.

The snake was eventually taken in for treatment for what is believed to be a respiratory infection, KGTV reported. Alex Trejo said he is still looking for the snake’s owner.

The Rat Snake (Ptyas mucosa) is a common species, living in parts of South and Southeast Asia, but also in much of Canada and the United States.

This large snake can be up to 8 feet long. and its color varies from light brown in dry regions to almost black and even blue in humid forests.

They are often found in urban areas where there are many rodents and their main food is usually the rat, hence their name; It is also known that when threatened, these snakes can growl.

Also read:
· Is it possible to survive on a desert island with only coconut palms?
· Crocodile attacks a tourist in the Bacalar lagoon in Quintana Roo
Alligator kills a pitbull dog on the grounds of a Florida university