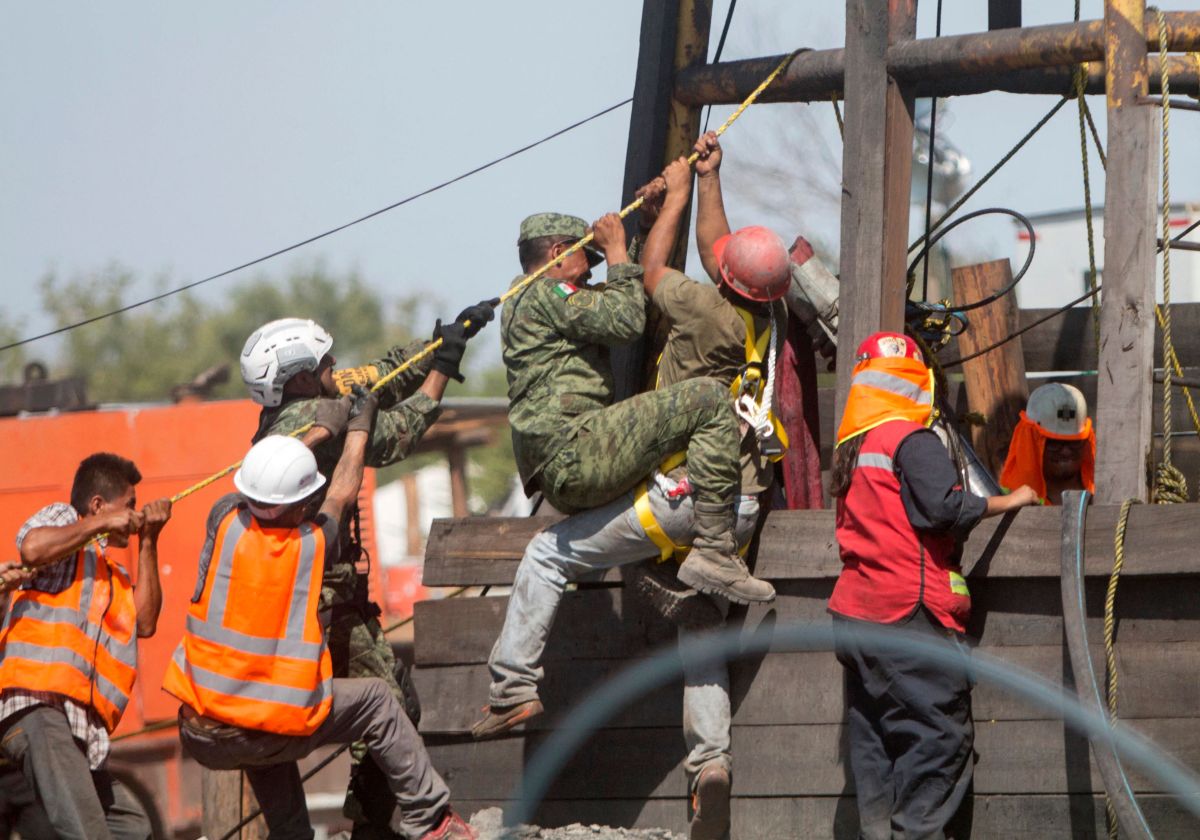 This Saturday marks 72 hours since the accident in which ten miners were trapped in a mine in the municipality of Sabinas, Coahuila, in northern Mexico, although there is still no clear progress on their rescue.

This morning, the Mexican president, Andrés Manuel López Obrador, pointed out that they are working “day and night” to rescue the miners, and assured that today is a “decisive” day in the search work, since technicians will determine if they can enter without risk. to the mine

“Work continues day and night to rescue the miners of Sabinas, Coahuila. The main problem is the flood, although the pumping equipment is sufficient and of the highest capacity, ”the president wrote on his official Twitter account.

“Today is a decisive day because, according to the technicians, it will be known if there is a possibility that the divers will enter without risk,” he added.

Meanwhile, the state governor, Miguel Riquelme, reported that he had a meeting with military authorities, the National Guard and the national coordinator of Civil Protection, Laura Velázquez, to review progress in the rescue efforts of the miners in Agujita, Sabinas. .

During his visit to the mine, the state president said in an interview with local media that “time is eating us.” However, he expressed his hope that the miners would be found alive.

“It is the hope of the families. We hope in God, ”she asserted.

The miners have been incommunicado since Wednesday at 1:35 p.m. local time (6:35 p.m. GMT), when Sabinas residents reported the collapse of a coal mine in the Las Conchas community, in the Agujita area, where at least 383 members are. of rescue teams, between military and civilians.

So far, the authorities have reported no progress in the rescue maneuvers while the relatives of the workers wait desperately in the vicinity of the mine waiting for news about their loved ones.

On Friday, López Obrador promised that his government will “work until we rescue” the 10 miners.

The collapse of the mine, from which only five miners managed to escape although they were injured, recalls the tragic accidents that have occurred in Mexico in recent years.

According to the Pasta de Conchos Family, which brings together relatives of miners who died in the 2006 collapse, also in Coahuila, there have been more than 100 deaths of people dedicated to mining in this coal zone since then.

The most recent accident in a mine occurred in June 2021, in the municipality of Múzquiz, Coahuila, when a flood caused the roof and walls of the mine to rupture, causing the site to collapse, inside which seven miners were trapped. who lost their lives.