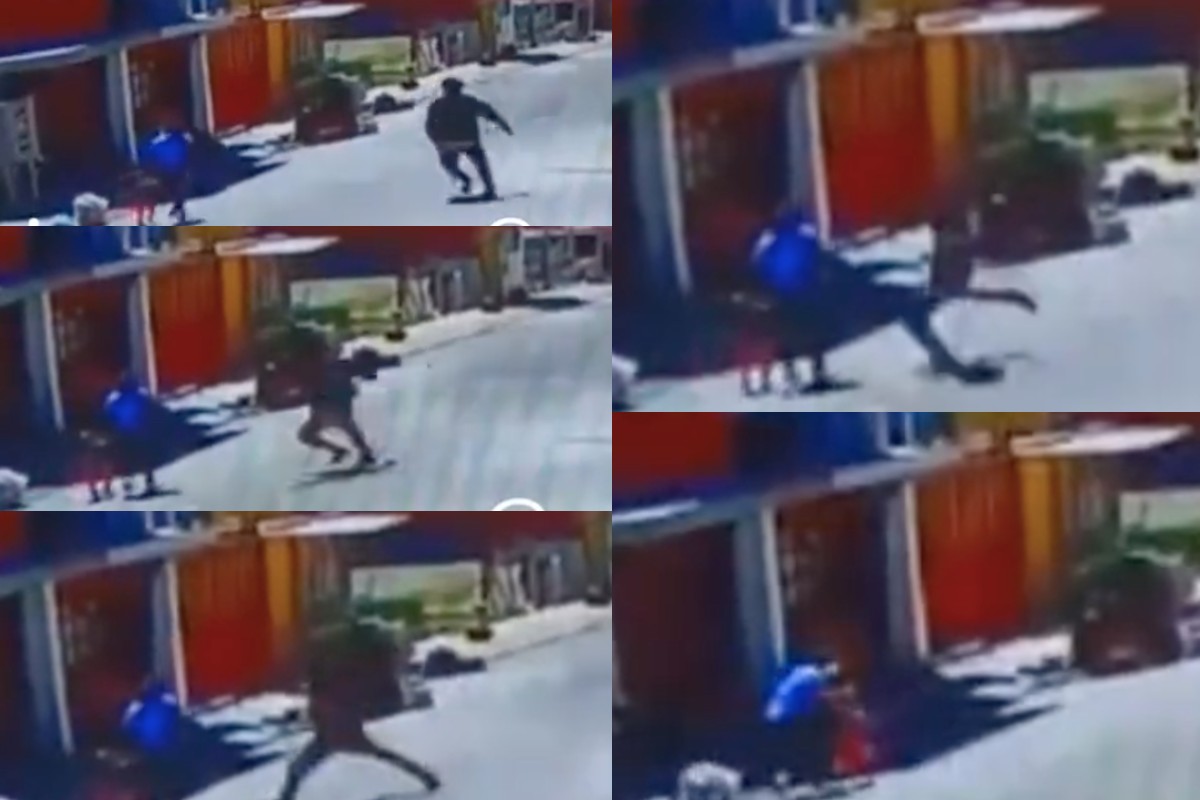 Photo: Capture taken from the video by @c4jimenez / Courtesy

There is shock over the brutal attack of an addict on a girl who was walking down a lonely street. The aggressor observes the minor and her mother from a distance, waiting for them to pass in front of him; he cautiously approaches and lunges at them. The subject gains momentum and without hesitation kicks the girl. Surprised and scared, the little girl’s mother reacts seconds after her and protects her by covering her with her body, as if she were a shield. The attack was captured by security cameras, the video went viral on Twitter and was broadcast by journalist Carlos Jiménez.

The video recording indicates that the entire attack took place in 16 seconds, in broad daylight and because the street was practically deserted, no one could help them. The aggressor simply walks away as if nothing had happened, without anyone stopping him. Her mother and daughter continue to be disconcerted, taking shelter and motionless, shaken by what had just happened.

The girl’s family assured that it was the effect of the drugs consumed by the aggressor, who has mental problems and who is blamed for several similar attacks. It is not known if they will file a formal complaint for the aggression suffered. The events occurred in the municipality of Cuautlancingo, in Puebla, a state located in central Mexico.

Puebla is one of the entities where violence against minors is on the rise: sexual violations, beatings, homicides and kidnappings are some of the crimes that girls and boys have been victims of. Precisely Cuautlancingo, is on the list of municipalities with more aggressions committed against minors, in addition to the capital of Puebla, Cholula and San Martín Texmelucan.