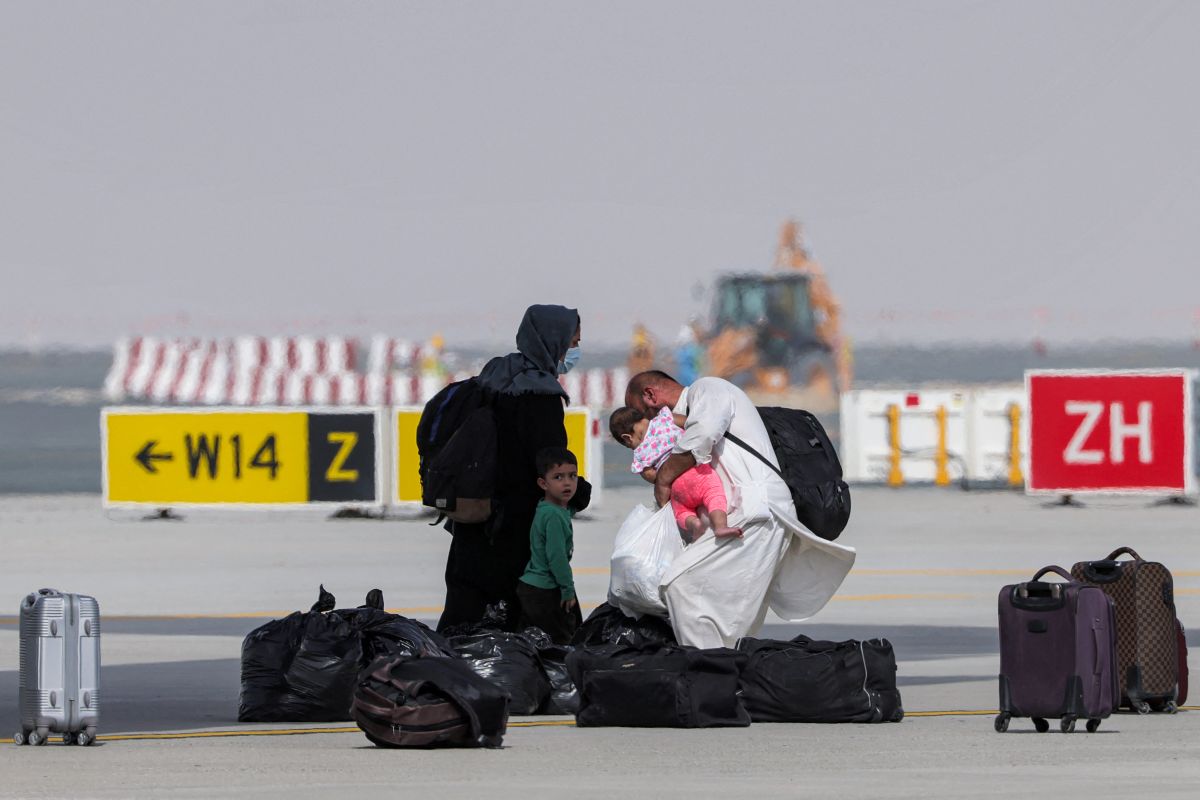 Images of desperate mothers passing their babies through the barbed-wire fence at Kabul airport for British troops to get them out of the country are part of the dramatic scenes that are lived in Afghanistan amidst the chaos by the return to power of the Taliban.

“Mothers are desperate, they are being beaten by the Taliban. They yelled, ‘save my baby’ and threw their children at us. Some of the children fell into the fence ”, described an officer of the Parachute Regiment to the British media Independent.

“What happened is horrible. Late at night, there was not a single man among us who was not crying, ”added the source.

People are so desperate to escape the #Taliban that they’re passing babies and kids forward to the gate at #Kabul airport. #kabulairport #AfghanEvac pic.twitter.com/6NSlIffrD1

The Sky News report indicates that the military has no choice but to block the vehicle road and put up the chain-link fence to try to control the flow of citizens pushing to flee Afghanistan.

The same media reported that the soldiers call interpreters to arrive at the barricade, and evaluate the cases, including those of Afghans, with valid asylum claims.

That is when they proceed to examine passports and other paperwork. If the applicant passes the initial inspection, he is redirected to the main entrance of the airport to complete the procedure.

Although the military does not want to exclude anyone, without the required documentation, people cannot leave the country.

Both the United States and the United Kingdom have been shipping soldiers to Afghanistan to facilitate evacuation of citizens of their countries as well as locals.

A CNN report on Wednesday indicates that US troops secured the passenger terminal. However, beyond the perimeter of airspace in Afghanistan’s capital, the territory is controlled by heavily armed Taliban.

The White House reported that some 1,800 people had been evacuated on 10 C-17 flights in the previous 24 hours, a figure below the 5,000 to 9,000 that the Pentagon estimates it can take out of the country in one day. As of yesterday afternoon, the number of people who have left Kabul after the new humanitarian crisis was about 6,000.

It is unclear how many people British officers can take out of Afghanistan on a daily basis on civilian and military flights.

The Biden Administration announced that could remain beyond August 31 in the country or until the evictions are completed after 20 years of military occupation in the Asian country.