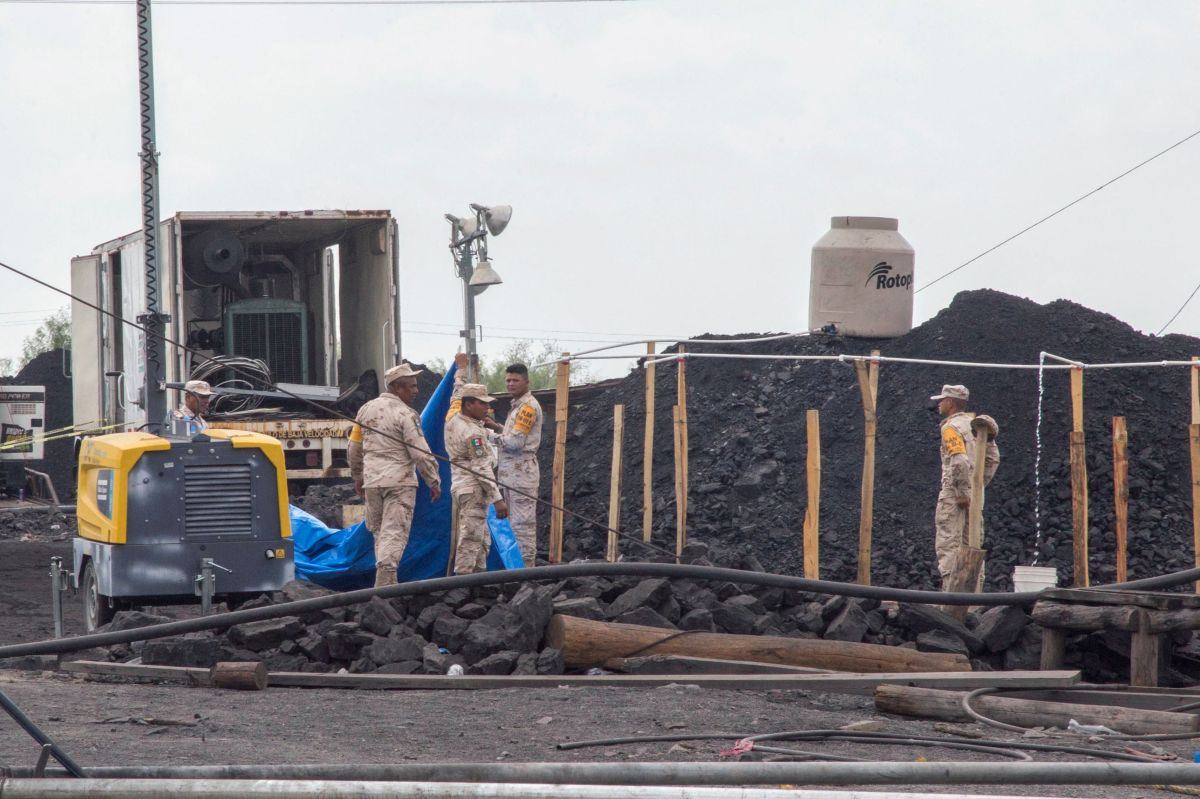 A dozen Mexican miners remain trapped after 48 hours this Friday of the collapse in a coal mine in the municipality of Sabinas, in the northern state of Coahuila, where the authorities are still trying to enter the place to rescue them.

The miners remain incommunicado from Wednesday at 1:35 p.m. (18:35 GMT), when Sabinas residents reported the collapse of a coal mine in the community of Las Conchasin the place of Agujita, where there are at least 383 rescue elements, between the Armed Forces and civilians.

The governor of Coahuila, Miguel Riquelme, stated that “equipment and technology continue to arrive for the rescue” of the miners, who were trapped after a flood of water in the mine.

“Thanks to the solidarity of companies, the tireless work of mining volunteers and engineers, the efforts and coordination between government orders, progress has been made in the extraction of water from the Agujita mine,” Riquelme added in his Twitter account. Twitter.

The local president explained that They have 19 submersible pumps with the capacity to extract up to 60 liters per second.in addition to drilling work that will facilitate the installation of more equipment to speed up the extraction of water.

In the place, which recalls what happened in February 2006 at the Pasta de Conchos mine, Coahuila, where 65 miners died in an accident and only two bodies were recovered, there are also 11 electric generators, eight lighting towers, 60 ground vehicles and three transformers.

During the morning, the Mexican president, Andrés Manuel López Obrador, promised that his government will “work until we rescue” the 10 miners.

“We are going to continue working until we rescue them. (We want) to send them our solidarity again, our hug to the relatives, and that we do not lose faith, ”he expressed in his conference from the National Palace.

After the collapse of the mine, only five miners managed to escape although they were injured.

According to the Pasta de Conchos Family, which brings together relatives of miners who died in the 2006 collapse, also in Coahuila, they have recorded more than 100 deaths of Mexicans dedicated to mining in this coal zone since then.

The most recent accident in a mine occurred in June 2021, in the municipality of Múzquiz, Coahuila, when a flood caused the roof and walls of the mine to rupture, causing the site to collapse, inside which seven miners were trapped. they all died.