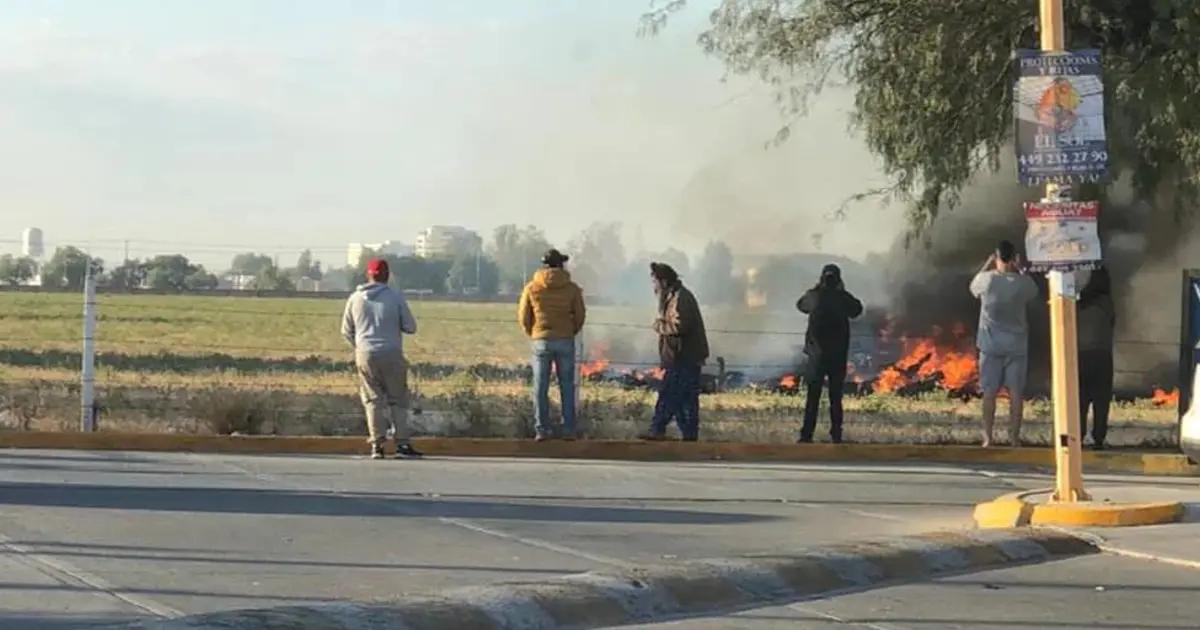 On the morning of November 17, a helicopter belonging to the Mexican Secretariat of Public Security (SSP) was reported to have crashed in Aguascalientes. According to preliminary reports, the head of the agency, Porfirio Sanchez, was in the aircraft and died instantly on impact. So far, state authorities have not explained the details that caused the accident.

Several Internet users have shared images and videos of the accident, showing the exact moment of the crash of the Eagle 1 helicopter in the municipality of Jesus Maria next to an Oxxo store. Due to the strong crash, the aircraft caught fire immediately. According to unofficial information, four people lost their lives, with no survivors.

The helicopter crash occurred at 8:00 a.m. after authorities conducted surveillance in the area, which was cordoned off and guarded by emergency services. Onboard the aircraft were two state police officers and an unidentified crew member.

The helicopter that collapsed reportedly experienced a propeller failure

The video shows the exact moment:

According to local media, the Aguascalientes Public Security Secretariat helicopter experienced a mechanical failure when one of the propellers stopped working.

The pilot attempted to land on a clear field near the regional hospital number 3 of the Mexican Social Security Institute (IMSS) but was unsuccessful.

Then, it fell on the ground and immediately caught fire, a fact that was captured in a video that circulates on social networks, where it is seen how the official aircraft begins to fall until the fire starts.

As a result of the accident, the head of the State Public Security Secretariat, Porfirio Javier Sánchez Mendoza, and the other four crew members died at the scene.

Neighbors reported the helicopter crash to the authorities and shared images on social networks; minutes later, a large deployment of state police and Army elements and medical service units were deployed in the area.

Tere Jiménez, the governor of the Mexican state of Aguascalientes, confirmed the death of five people following the accident on Thursday, November 17, including the head of the Secretariat of Public Security (SSP), Porfirio Sanchez Mendoza. “Unfortunately, there are no survivors,” he added.

In addition to the head of the SSP, the pilot Olegario Andrade Zamorano, Captain Víctor Manuel Sánchez, and the gunners Juan Manuel Martínez and Alejandro Guerrero also died.

The state governor pointed out that the Eagle 1 helicopter was one of the safest in the country, was serviced every six months, and had an insurance policy.

In September, it received its last service. “Everything was in order,” assured Tere Jiménez.

Tere Jiménez assured that it was an accident, although the cause has not been determined. Likewise, she did not inform whether it would be investigated as a homicide or an attempt on his life.